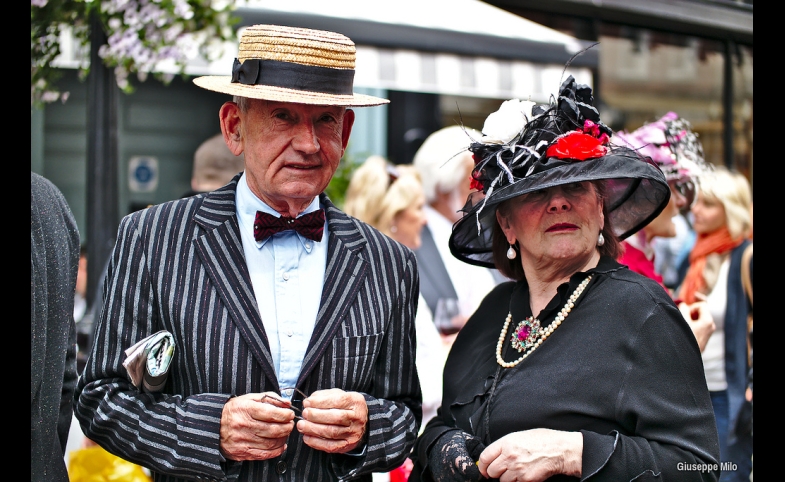 In a world fraught with local, national, and international fissures, animosities, and violent conflict, the Republic of Ireland stands far above the fray as a stellar example of how a country's verve for the written and spoken word can undergird the conduct of its foreign policy. Simply said, Dublin's adroit use of public diplomacy is a lesson for those who are wedded to an overweening dependency on military, political, and economic prowess as the sole instruments to promote and protect national interests.

Major powers must muster the ingenuity to handle unprecedented asymmetrical challenges. To be effective they are obliged to evoke individually and collectively their own humanity. This perspective has helped Ireland leverage its diplomatic interests, albeit on a modest scale.

Aware of the impact of its pantheon of literary giants such as Beckett, Joyce, Behan, Shaw, Synge, Wilde, Heaney and others, Ireland's latest creative diplomatic move was its foray, executed in several countries, honoring the life and literary works of the country's Nobel Laureate William Butler Yeats whose insights have long resounded across the world. After all, his phrases can be found in speeches and writings of foreign leaders, writers, and journalists of the English-speaking world. Enlightening was Saturday's special program commemorating Yeats' 150th  anniversary at the Michael Carlos Museum, Emory University, Atlanta.

The evening, under the guidance of the founder of W.B. Yeats Foundation James Flannery, Director of Irish Studies Geraldine Higgins, and Consul General Paul Gleeson, was embroidered with several readings of a selection of Yeats' poems, including Georgia's Poet Laureate David Bottoms, and U.S. Poet Laureate Natasha Trethewey who juxtaposed the struggle for civil rights in the U.S., notably in her native Mississippi, to reflections of Ireland's historic internal strife before its independence. The short musical interludes and a thespian skit exhibiting harrowing pathos were reminders of essential ingredients of Ireland's history of struggle and joy. This history resonates internationally and underlines that empathy, dialogue, and tenacity are indispensable for conflict resolution. No quick fixes. Engagement is imperative.

What is the big picture? Frankly, Ireland punches above its weight in part due to an imaginative diplomacy that enables the country's full diplomatic access and respect in world affairs, notwithstanding its size and population. For example, with its counterparts in London and Belfast, Dublin applied a remarkable doggedness to bring an end to the intractable discord -- "The Troubles" -- in Ulster, culminating in the 1998 Good Friday Agreement, followed in the aftermath by persistent diplomatic negotiations between London and Dublin, supported by U.S. negotiator George Mitchell, and their respective resident diplomatic missions led by U.S. Ambassadors Mike Sullivan and UK Sir Ivor Roberts --  a noteworthy accomplishment given the history of relations.

The urgency to put an end  to the strife between Catholics and Protestants in Northern Ireland preoccupied President Bill Clinton and First Lady Hillary, evidenced by his three official consecutive visits between 1998-2000, which included his outdoor speech in IRA hotbed Dundalk, and her independent visits promoting "Vital Voices." Conflict resolution was always high on their respective agendas.

Over this period, sensible policies of the Taoiseach, Irish parliament, and the private sector uplifted the population. The Celtic Tiger roared as the fastest growing economy in Europe (even now Ireland is on a slow rebound). Ireland partakes in critical peacekeeping operations worldwide. It has won international respect for its expertise in digital communication efforts abroad, for example in the Caribbean, including Haiti. Ireland's unmatched hospitality reinforces a vibrant tourist industry, to cite a few of its successes.

The usefulness of soft power and public diplomacy has been lost on many leaders and pundits, due in part to their lack of creativity or a misunderstanding of its value. Much lip service has been given to diplomacy as the only solution to international imbroglios, short of war. At the same time, human and empathic aspects of international relations are ignored or given short shrift perhaps because public diplomacy is not easily measured, however palpable -- somewhat like an impact play or incidents in the course of a game that are imperceptible to spectators but critical to outcome.

The Irish mastery of written and oral literacy, wit, and lyricism, coupled with a tested intellectual tradition make Ireland, clearly not a superpower, uniquely capable to meld these attributes into its diplomatic toolbox as it pursues its interests globally. Its leaders understand the value of education and cultural exchanges and the Fulbright program. Several countries have their own composite of attributes, but for various reasons have not put them to full use when selecting, training, and deploying their personnel in diplomatic missions abroad.

In sum, the international community could profit by looking at the Irish example before, as Yeats cautioned, the center can no longer hold and things fall apart.

Kim Ghattas is a journalist with the BBC, covering international affairs. Ghattas was born and raised in Beirut and began her career writing for the English-language newspaper the Daily Star. Her work has appeared in the...

About 50 people shuffled into a meeting room on the 11th floor of the Taipei Public Library’s main branch. Most were elderly, but they showed little sign of fatigue after braving the Sunday afternoon heat. They came to...

Gary Hart has become the latest in a line of U.S. Senators and diplomats to wend their way to Northern Ireland to serve in the role of adviser, negotiator, and conscience-in-chief to the political process in Stormont. This...