Home| A Revived Diplomacy: Collective Engagement as the Way Forward 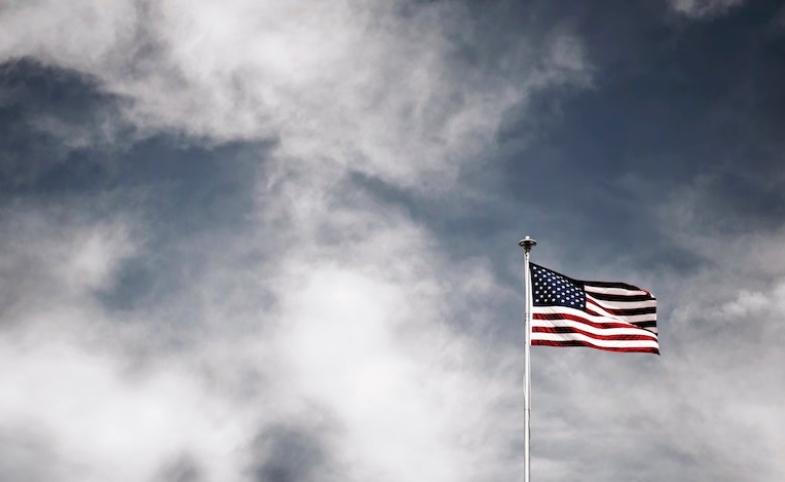 Note from the CPD Blog Manager: Earle and Barbara Scarlett are former U.S. diplomats. A tandem couple, Earle was the State Department's Dean Rusk Fellow at The Institute for The Study of Diplomacy, Georgetown University. As a public diplomacy expert, Barbara received awards at home and abroad. Both served in Cameroon, Brazil, Philippines, ex-Yugoslavia, Ireland. Barbara is a graduate of the National Defense University, and Earle taught at the Air War College.

Now more than ever is the time for a serious review of the current state of international affairs and the U.S.’ methods for handling crises. At home, the starting point is revitalizing our worthy institutions and capable personnel to interface confidently with the international community. The Department of State is the case in point. However, its impetus must take the form of a grand strategy with a public diplomacy emphasis on values, empathy and attractiveness.

At this critical juncture, U.S. image abroad is abysmal, largely due to its failure to collaborate adequately with international partners to stem the coronavirus pandemic and systemic domestic racial practices. Both crises must be addressed for the U.S. to regain credibility and legitimacy in the international community. An indispensable approach would be "soft diplomacy" that showcases actual enacted domestic policies to remedy both "pandemics."

COVID-19 has triggered focus on the commonweal, a value that is cherished by the enlightened international community's respect for humanity. There is no assurance that this impetus will be sustained until a vaccine vouching for the "threshold of immunity" has been established by scientists, certainly not politicians nor the corporate business community, writ large. Ensuring the enthusiasm for collective international efforts to contain the virus depends largely on our country's political will and a renascent statecraft.

We propose "collective engagement" as the mandate under which our partners and the world community will participate to save civilization as we know it. By dint of traction and permanency, this approach is distinct from the increasingly outdated ad hoc "coalition of the willing." The "urgency of now" is not crying wolf nor is it abnegating an appropriate role of military pacts in international crises. In fact, "collective diplomacy" is at the heart of public diplomacy's emphasis on understanding and empathizing with peoples of different cultures, referred to as "cultural competence." Listening and engaging—prerequisites for influence—are hallmarks of successful diplomacy.

In this uneasy situation, the U.S. is still strategically positioned to play a key role to promote stability in world affairs. In all likelihood, the application of "collective diplomacy" will pay dividends for the U.S. not only for the world community, as this approach will restore the U.S.’ sagging image, at least in countries committed to civil society. Nativist leaders shrouded in the guise of populism will be devoid of clothes.

What is needed is a re-imagined foreign policy and architecture that accounts for the unfortunate inequities of the past and creative methods to correct them.

On the global stage, indeed the U.S. has been active as the prime contributor to health and humanitarian institutions such as the United Nation’s agencies the World Health Organization (WHO), UNICEF, World Food Programme and Refugee Agency (UNHCR). For his part, the CEO of the International Rescue Commission, David Miliband, has drawn attention to the possible catastrophe if the coronavirus were to infiltrate the camps of 70 million refugees. Further, the U.S. State Department's Repatriation Task Force has been protecting U.S. citizens in far-flung places and has been instrumental in getting help for countries in need throughout this crisis. Commendation for its efforts is in order.

Optimistically, the sprawling pandemic will be stunted before it engulfs humanity, even civilization. Much depends on political will and statecraft. A shift to "collective engagement" likely will enhance prospects for international cooperation as long as present democratic-based alliances remain solid—staving fraying for opportunism. At the same time, mischief makers are prone to profit from current disequilibrium caused by the pandemic.

In this context, at a minimum there are three policies the U.S. must put into effect at this juncture: honor international covenants, respect the international consensus on climate change, and restore the respect for the Department of State as a key member of the national security decision-making body and the locus for implementing the country's foreign policy. Concomitantly, our diplomats—"soldiers for peace," capable and ready—should be elevated to the status the corps had earned over generations. Since their mission puts them on the cutting edge abroad, advocating, protecting and reporting, their current status sidelining projects creates doubt in our country's engagement, thereby creating doubt of U.S. "exceptionalism," and even "indispensability."

Post-war establishment of the United Nations was primarily driven by the need for "collective security." Subsequent establishment of the Geneva and Vienna Conventions for Human Rights set the stage for respect for multilateral cooperation, responsibility and engagement guided by common principles in the international arena. Withdrawal or disrespect from them imperils the international community.

As for the Department of State, its lofty credibility has waned, in part due to an adherence to antediluvian practices regarding representativeness and career prospects for minorities within the system. There is still need for inclusive gender and racial presence in the career ranks. Political appointees do not suffice in that regard. Reference by leaders to hallowed values of the distant past is insufficient at this critical juncture. What is needed is a re-imagined foreign policy and architecture that accounts for the unfortunate inequities of the past and creative methods to correct them.

At a policy level, decision-makers need to grasp the looming negative consequences of ignoring global warming. Steps are urgent to avoid a repeat of COVID-19.

These three requisites must be met in order for targeted and robust public diplomacy initiatives to become effective in the global context. "Collective Diplomacy" is a useful format, more so given the disarray that persists. Similar urgency exists in the domestic case of Black Lives Matter. Failing that, the U.S. faces more decline and disrespect in the community of nations.

Audience Insights for Public Diplomacy Strategy is part of our fall online curriculum. This workshop focuses on developing a robust framework and toolkit for audience analysis as the basis for public diplomacy engagement....