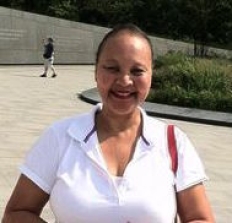 After a 25 year career in the U.S. diplomatic service, Barbara Scarlett has lectured with her husband, Earle Scarlett, on foreign policy issues, and been an informal advisor to students pursuing a career in international relations. In 2011, she and Earle were keynote speakers at Georgia Tech’s Executive Leadership conference. In 2009, they addressed students and faculty at the University of Georgia, Athens on “The Conduct of Foreign Policy under the Obama Administration.” In 2006-2008, she served as an occasional lecturer at the University of Bologna, Forli Campus in the Interdisciplinary Master in East European Research and Studies (MIREES) in the seminar taught by Earle on “The Dissolution of Yugoslavia and the Aftermath."  In 2006, she also co-lectured with her spouse on various diplomatic issues including: sanctions, conflict resolution, international intervention, diplomatic negotiations, and preventive diplomacy. As well, she co-lectured with Earle to faculty and senior military officers at the NATO Defence College, Rome on “Three Flash Points on the Balkans.”

In 2005, she was a Foreign Affairs Fellow at Emory University, Atlanta, Georgia where she co-taught with her husband a course on the dissolution of Yugoslavia, and lectured on careers in foreign affairs. A U.S. diplomat and career Foreign Service Officer with the US Information Agency (USIA) and the Department of State from 1976-2001, Mrs. Scarlett managed U.S. cultural, educational, and media relations while posted at U.S. Embassies and Consulates abroad. She served as Public Affairs Counselor at the American Embassy, Dublin, Ireland (1998-2001); as Cultural Officer: at the American Consulate General in Sao Paulo, Brazil (1992-1994); at the U.S. Embassy Belgrade, Yugoslavia (1990-1992); at the U.S. Embassy Manila, Philippines (1984-1987); at the U.S. Embassy Brasilia, Brazil (1979-1981); and as Cultural and Press Officer at the U.S. Embassy Yaounde, Cameroon (1977-1979).

In Washington, Mrs. Scarlett served as an advisor on public diplomacy strategies to explain and promote U.S. foreign policy internationally on a full range of bilateral and multilateral political, economic and global issues (e.g., the United Nations, counterterrorism, the environment, and infectious diseases). In the course of her career, Mrs. Scarlett served as policy advisor in the Bureau of African Affairs, the Bureau of Near East, Middle East and South Asia Affairs, the Department of Television handling Latin America, the Office of the Inspector General, and as Senior Advisor for Global Affairs to the Director of the former U.S. Information Agency (USIA).

Prior to the U.S. Foreign Service, Mrs. Scarlett served as a public school teacher with the New York City Board of Education (1965-1967), and with the Los Angeles County School system (1971). She worked with international students at the UCLA’s International Student Center, Los Angeles, California (1971-74). As well, she taught English to the spouses of foreign military officers while living at Maxwell Air Force Base, Montgomery, Alabama (2001-2004).