About 50 people shuffled into a meeting room on the 11th floor of the Taipei Public Library’s main branch. Most were elderly, but they showed little sign of fatigue after braving the Sunday afternoon heat. They came to attend a class on American literature sponsored by the U.S. diplomatic mission in Taiwan. Several times a month, Cecilia Hsueh Chen Liu, an English literature professor at Fu Jen University, lectures to an audience about a work, an author or a theme of American literature and then opens the floor for discussion.

It was May 20, and the topic was Virginia Woolf and the film The Hours. “Virginia Woolf is British, but the idea is to expose people to English-language literature, so I sometimes sneak a British writer in when I can,” Cecilia later told me, laughing, as she packed up to leave after the class. “I try to make the classes timely. So for example, when America is celebrating Black History Month, I’ll teach Toni Morrison.”

Using a PowerPoint presentation, Cecilia ran through Woolf’s traumatic personal life, in which she suffered a series of family deaths and subsequent mental breakdowns during her youth, later committing suicide at the age of 59. Cecilia then discussed Woolf’s contribution to literature. Woolf was among the first writers to use stream-of-consciousness prose, became a pioneer of feminism and even explored the theme of homosexuality. Many in the audience took notes. All seemed to be paying close attention. 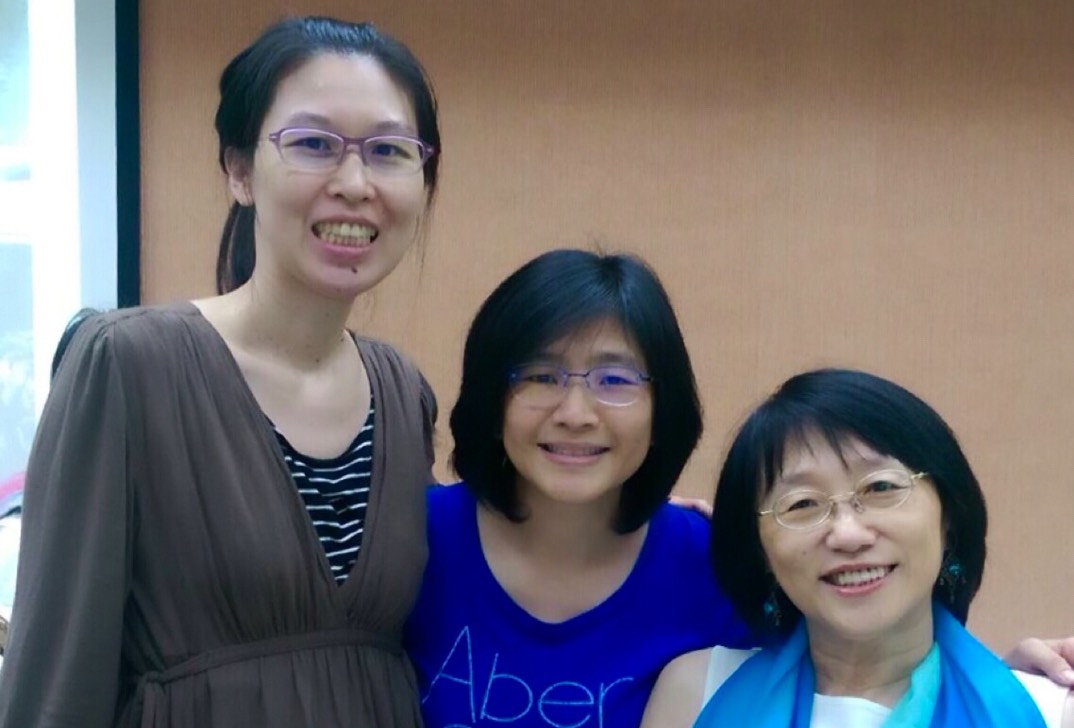 Cecilia then discussed the film, The Hours, which portrays a fictionalized Virginia Woolf as she conceptualizes the novel Mrs. Dalloway. The movie also depicts two other female characters in different time periods whose storylines connect back in some way to the novel. After giving the audience a brief synopsis of the movie, Cecilia began playing clips from the film. A greying Virginia Woolf (played by Nicole Kidman) stuffs a large rock into her pocket and walks slowly into a river. Meryl Streep, as Clarissa, begs a sickly Ed Harris to not give up in his fight against AIDS. Julianne Moore, as a California housewife in 1951 named Laura, grows anxious at her confined gender role in postwar America. When a female friend comes over and speaks of not being able to get pregnant, they share a brief kiss.

After each clip, Cecilia broke down the themes and pointed out repeated imagery. Although she conducted the class in Mandarin, she brought up English quotes from the film to translate and explain. “To look life in the face. Always to look life in the face and to know it for what it is,” read Cecilia off a PowerPoint slide, quoting a voiceover from the scene where Virginia Woolf commits suicide. “At last to know it, to love it for what it is, and then, to put it away.”

Cecilia opened the floor for discussion, and audience members debated the film’s themes of feminism, homosexuality and depression. She ended the class at 4:00pm, two hours after it began. I had about ten minutes to speak to her before she left. She said she’s been holding the class for two years, and she loves the energy of those who come. “Most of them are over 60, and they’re so devoted!” she said with a grin. “They come because they love literature. They work hard. I love how eager they are to learn.”

Building strong cultural engagement with Taiwan is critical to maintaining American influence in the region.

I enjoyed my time at the event, and I believe the program is a useful exercise of public diplomacy. Getting more people in Taiwan to appreciate Western literature and film is a boon for U.S. soft power, as it encourages them to feel attraction and admiration for American culture. I think this type of diplomatic exercise is a crucial way for the U.S. to engage Taiwan, as the two countries share an amiable but complicated relationship.

Relations with Taiwan are conducted through the American Institute in Taiwan, which serves as the U.S.’ de facto embassy to the self-ruling island also claimed by China. For the first several decades of the Cold War, the U.S. refused to recognize the Chinese Communist Party’s (CCP) rule over China, instead backing the Kuomintang, America’s Cold War ally, which resided in Taiwan after fleeing China in 1949 during the Chinese Civil War. Both the CCP and the Kuomintang claimed sovereignty over all of China, including Taiwan, and vowed to one day unify each other’s territory. In 1979, in a bid to isolate the Soviet Union, the U.S. switched diplomatic recognition of China to the CCP but has maintained strong informal ties with Taiwan ever since. The American Institute in Taiwan functions virtually the same way as American embassies do in other countries. It receives significant funding from the State Department and is staffed by officials with Foreign Service backgrounds.

While I believe in the importance of soft power to national security, I wonder how vehemently some American officials would disagree with me. President Trump’s administration values hard power and scorns the State Department as a bloated bureaucracy in need of trimming. I can imagine the looks on Mike Pompeo's and John Bolton’s faces if someone asked them if American taxpayer money should be used to fund meetups of studious elderly Taiwanese people to discuss feminist literature.

But given the rapid rise of China’s economic and military power, I would argue that exercises like these are more important than ever. Building strong cultural engagement with Taiwan is critical to maintaining American influence in the region. Taiwan is a Chinese-speaking democracy and therefore provides a counterpoint to Beijing’s narrative that liberal political values are not compatible with Chinese culture. Abandoning soft power exercises in Taiwan would undermine U.S. credibility and allow China’s authoritarian political model to gain traction.

Perhaps most importantly, exercises of cultural diplomacy distill stressful geostrategic concerns into positive human interactions. At the event that Sunday, I was moved by how much the attendees seemed to love and look forward to the activity. I got the impression that the program is a very happy part of their week.

The Future of Public Diplomacy

In this In Review, CPD Director Philip Seib offers his thoughts on the future of public diplomacy, advising policymakers and practitioners to increase the sophistication of their work and not lose sight of its strategic...