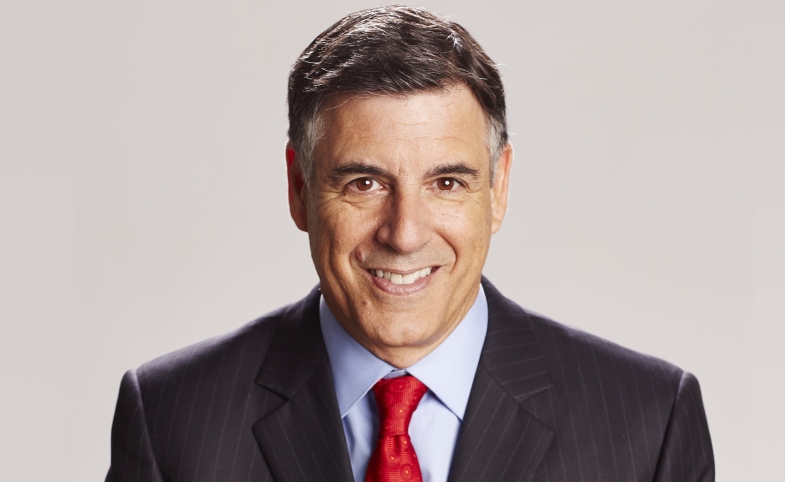 CPD Advisory Board Member Markos Kounalakis, Ph.D., is a veteran print and network broadcast journalist, visiting fellow at the Hoover Institution at Stanford University and a presidentially appointed member of the J. William Fulbright Foreign Scholarship Board. In this exclusive interview about his latest book, Spin Wars & Spy Games: Global Media and Intelligence Gathering, Kounalakis dives into the foreign policy implications of global news media and intelligence gathering, just how related public diplomacy is to journalism and more.

Spin Wars & Spy Games discusses the foreign policy implications of a global news media and intelligence gathering that is increasingly dominated by non-Western, state-sponsored sources. Why is this important for public diplomacy? Why should we pay attention?

The tables are being turned. Not only are non-Western news networks growing rapidly and broadly, there is a simultaneous retreat by the Western institutions as a result of a business model collapse. During the 20th century, Western media institutions had a near monopoly on global news and information gathering and were present in far-flung places. What I point out in the book is that aside from the soft power effects that these institutions and individuals have had in the field and abroad—the influence they’ve had on political elites and policy agendas—they’ve also been performing a role that has been mostly hidden. A valuable and irreplaceable role: They have been functioning as informal diplomatic structures AND as informal intelligence gathering operations.

On the diplomatic front, both institutions and individuals have worked as informal intermediaries between states, at times taking a prominent role in negotiations that otherwise have no other means for dialogue. I use a few examples of this in my book, including the Cuban missile crisis and the role played by CBS reporter John Scali, to illustrate how journalists have found themselves in a position to effect political and diplomatic outcomes. I, too, participated in this activity during my time as a foreign correspondent in a conflict that was brewing militarily between the United States and Haiti but which found a political solution in small part thanks to an intervention by me and my CBS colleague Terry Phillips (he and I knew each other from our time as Moscow, USSR correspondents).

It was not until I started my research that I realized how widespread and socialized this practice was among my colleagues. Now, with Western media organizations effectively AWOL, bureaus closed and correspondents absent, these opportunities no longer avail themselves to the West. In fact, the vacuum is being filled by non-Western, dominantly Russian and Chinese organizations and, therefore, opening the field to them for their diplomatic operations with institutions and individuals who are much more aligned to their state sponsors and without the reservations of performing this function. Rather, they are much clearer on their role and purpose. The traditional informality that exists between the journalist and state in the West is not the same for Russia and China, where the journalist-state relationship needs to be understood as an established and expected formal relationship in the non-West. If you work for RT or CGTN or Xinhua, you work for and with the state. This has enormous implications. Especially as the practice extends to intelligence gathering. I continue to do this research from my perch at the Hoover Institution.

You interviewed a wide range of professionals from Western and non-Western global news networks. What are some of the patterns you observed in their practice that unite them, and what differentiates their approaches?

Media conventions are now universal. The language used for presentation, the look and feel of televised or online reports are now nearly indistinguishable between the West and non-West. That was not always the case. There was a clunkiness to the non-Western product in the past that made it smack of propaganda and reek of amateurism. Now, non-Western output is slick, seamless and popular. Until recently, RT enjoyed the highest online viewership of any news source on YouTube. Russian and Chinese news networks are able to hire some of the laid-off, underpaid, and unemployed Western professionals—whether on-air talent, on-the-ground reporters or behind-the-scenes consultants—who have been able to give the networks instant credibility, a professional look-and-feel, and the digital rolodexes, high-level access and analytical insights that never would have been available to them in the past.

Larry King on RT is a real coup for the Russian network, for example, because his form of interview and program is familiar, credible and celebrity-oriented with his brand lending acceptability and normalcy to a network that only recently has had to register itself officially with the U.S. Foreign Agents Registration Act (FARA). For most casual viewers this means nothing. In essence, the practices are indiscernible, the personnel are fluidly moving between Western and non-Western institutions, and the main difference between them is that those working for Western institutions have either no relationship or, at most, an informal relationship to the state while those working for non-Western institutions have a direct and defined relationship to the state, even if they can personally justify their work or feel distant and disengaged from the direct value of the intelligence gathering they perform and deliver to the non-Western state.

You spent much of your journalism career as a foreign correspondent, a role you describe as inherently—albeit unintentionally—linked to public diplomacy. What are the linkages?

In my role as a foreign correspondent, I regularly engaged with the countries and communities in which I lived. I don’t write about this in the book, but when I worked for Newsweek and lived in Prague, Czechoslovakia, I lectured on journalism at Charles University at a post-Velvet Revolution department that was still oriented toward teaching propaganda skills where students wanted to know things like, “what questions the government allows you to ask?” My colleague Mark Bauman and I spent a lot of time training up new journalists in that country. He and I both helped and wrote for new publications, like Reflex, where, for example, we did some investigative work that exposed former Communist Party members spiriting funds over the border and into secretive Austrian banks. Hard-hitting, investigative reporting on a government that previously had no public or journalistic check on it was remarkable at the time and had a public diplomatic effect in that it helped evolve the journalistic practice and public expectation of accountability.

Unintentionally and unconsciously, my colleagues and I were also performing not only a public diplomatic role, but a real diplomatic role (as with the Haiti example above) as well as an informal intelligence-gathering function. On the intel side of the equation, the work we produced entered into the realm of “Open Source” intelligence (OSINT), the news reports and broadcasts that reached everyone but would be especially noted by embassies, intelligence analysts and policymakers. There is nothing dark or suspicious about this work as it is open and available to everyone. My book goes into detail about how this informal newsgathering and intelligence role, however, is extended and also shared via informal back-channels, private briefings or social cocktail party situations.

What surprised you in writing and researching Spin Wars & Spy Games?

The second assumption was that the loss of Western foreign corresponding resources and capacities would have a political effect on democracy, depriving citizenries of information that would keep them educated on issues that allowed them to make informed political decisions to influence foreign policy. I thought that there were direct policy implications and that the so-called “CNN Effect” had distinct bearing on issues of war, peace and humanitarian interventions. This one surprised me, too. What I found is that while an informed populace is, of course, important to the health of a democracy, an equal (and at times more important) role played by foreign correspondents in policy formation and policymaking is by their performance of both informal (and sometimes formal) diplomatic and intelligence-gathering roles. As I write in the book, “journalists are neither spies nor diplomats.” Not Western journalists, at least. My conclusion? Russia and China are in large part investing in their global news networks to develop relatively inexpensive diplomatic missions and intelligence gathering operations.

Taking Stock of WikiLeaks and Cablegate: A “Napster Moment” for Government? Drip, drip, drip… For analysts of both public and traditional diplomacy and international relations, the gradual...