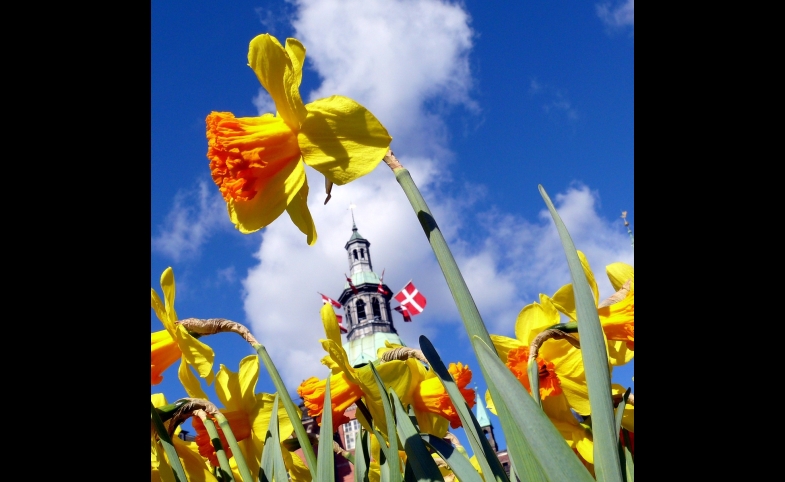 Since taking office in 2013, Rufus Gifford has been a popular guest on many Danish radio and television shows. And in 2014, the Ambassador appeared on his own six-episode reality show, which followed his professional and personal life over the course of three months. The program aired on the main Danish public service provider's channel for young people, DR3, and remained the channel’s single most watched program for several weeks.

By now, many Danes are aware that Gifford did not spend many years climbing the career ladder at the U.S. State Department in order to become Ambassador. Rather, he received the posting in recognition of his successful tenure as Finance Director for the Obama reelection campaign in 2012, which famously brought in a billion dollars. And they also know that before that, he worked in Hollywood, where he was involved in the production of blockbuster movies such as Dr. Dolittle and Garfield: The Movie.

In the opening sequence of the reality show, Gifford says that “the most common question I get all the time is what does an ambassador do, and the only way you can really explain it to people is by living it.” The show thus attempts to answer this question by inviting the viewer to follow him, both in and outside of his work.

Television and international broadcasting have long functioned as an important part of cultural and public diplomacy. What we see in the case of Gifford’s reality show is how the medium, which many have argued has become less important in recent years, can be used strategically and in new ways to continuously engage foreign audiences.

Some of the more memorable scenes from the show include Gifford's meetings with representatives of the Danish political administration (including one where the Ambassador sings to a group of students together with the Danish Minister of Trade and Development), his screening of the HBO show True Detective for the Danish film industry at the Residence, his meeting with former presidential candidate Mitt Romney where he speaks openly about the best and worst things about political life in Washington, and his 40th birthday party (which features an emotional speech by his partner, Stephen DeVincent).

What makes the show particularly interesting is Gifford’s willingness to share deeply personal aspects of his life, including his upbringing in the small, wealthy town of Manchester-by-the-Sea outside Boston, and coming out as gay and the difficulties associated with it. By doing so, Gifford is able to break down many of the stereotypes about the secretive nature of diplomats and the diplomatic sphere more generally.

At the same time, the show has been successful in providing a platform for subtly introducing America’s foreign policy objectives to a young audience. For example, it is no coincidence that in the third episode the viewer sees Gifford's trip to Greenland, where Denmark and the U.S. share important strategic interests. And by speaking openly about his sexuality and about LGBT rights, Gifford also alludes to the advances in LGBT rights that the Obama administration has made in recent years. This is also ultimately what makes the show a great vehicle for public diplomacy.

Television and international broadcasting have long functioned as an important part of cultural and public diplomacy. What we see in the case of Gifford’s reality show is how the medium, which many have argued has become less important in recent years, can be used strategically and in new ways to continuously engage foreign audiences. As we see in the show, the reality television format blurs the lines between the public and the private spheres, which creates an image of Gifford and U.S. foreign policy as open and inclusive.

Gifford has clearly understood how to use this medium in order to present himself, the Obama administration and the U.S. more in a favorable light. Most impressively, he has been able to grab the interest of a large segment of the Danish youth population, whose attention, like their peers elsewhere, is notoriously difficult to sustain. The Ambassador's reality show is a lesson about the impact television can have when governments dare to open up and invite the public to see what goes on behind otherwise closed doors.