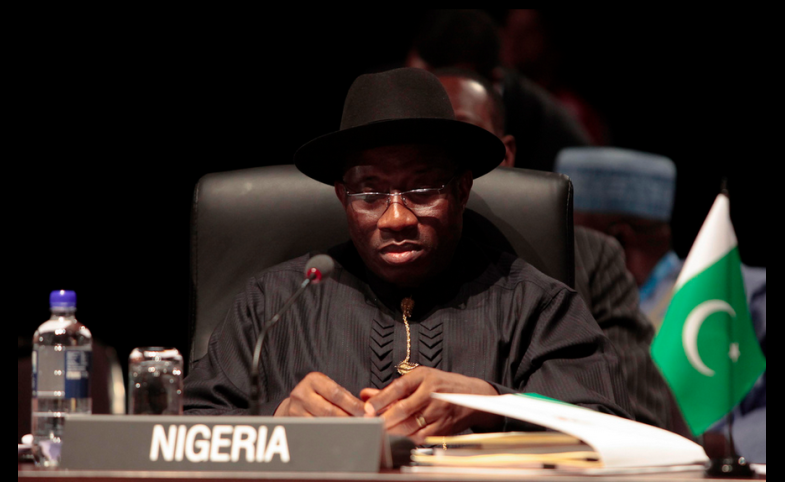 Recent developments in Africa related to the contentious topic of homosexuality have reminded me of a discussion that took place during one of the interactive sessions at CPD’s 2013 Summer Institute in Public Diplomacy. During this discussion, I argued that the West needs to fully recognize and show respect to the cultural, religious, and sociological demagogy of countries (especially in Africa) opposed to the practice. This is especially true when promoting the acceptance of homosexuality as a human right.

Early in January, the Same Sex Marriage Prohibition Bill was passed by the National Assembly in Abuja and then signed by the President of Nigeria, Goodluck Jonathan. Following this, the parliament of Uganda passed similar legislation. Both laws decreed the same things: that homosexuality is illegal, and its practitioners and promoters risk state-sponsored sanctions in the jurisdictions involved. In Nigeria, the new law not only forbids marriage of same-sex couples, but also carries up to 14 years in prison for individuals convicted of promoting a homosexual lifestyle, soliciting and/or participating in homosexual relationships.

The development of this issue, particularly in Nigeria, has set off a renewed debate on the topic of homosexuality in the global arena, with the public diplomacy implications coming into fresh focus. Understandably, this debate also touches on Western-Non-Western relations.

Let me examine the Nigerian situation. The massive public approval of the bill by Nigerians is highly disproportionate to the minority who disapprove. No doubt, this is a demonstration of democracy where the majority has its way and the minority had its say. This is a fundamental point that must be considered in the homosexuality debate. However, there has been vociferous disapproval from some foreign jurisdictions. A swift reaction came from Ambassador Samantha Power, the United States Permanent Representative to the United Nations and a member of President Barack Obama’s Cabinet, who took to Twitter. “Deeply troubled that #Nigeria’s President Goodluck Jonathan signed anti-#LGBT law. Big setback for human rights for all Nigerians,” she tweeted.

Interestingly, local support for the law in Nigeria grew as foreign interests expressed their reservations. From religious organizations to socio-ethnic cultural groups, and even the political class, in spite of pressures from the West, Nigerians from all walks of life have asked the government to remain resolute on the new law. Notably, the Christian Association of Nigeria (CAN), the country’s umbrella organization of Christian faith, and the Jama’atu Nasril Islam (JNI), its Muslim counterpart, have both asked the West not to impose their values and to let Nigeria practice its own beliefs. There have been strong insinuations and even subtle threats that Nigeria may suffer aid cuts from the West if the law is sustained.

Remarkably, Nigeria was one of the countries that voted against and opposed the historic passage of the United Nations Human Right Council (UNHRC) resolution, which adopted the rights of LGBT persons as a human right in 2011. While 23 member countries on the council voted in favor of the resolution, 19 states including Russia, Saudi Arabia, Pakistan, and of course Nigeria voted against it. (There were three abstentions, which included China.)

For the majority of Nigerians, LGBT is not a matter of human rights as it goes against their cultural, religious, and social beliefs. It is also ahistorical to their anthropological sense of self-worth, and exemplifies the influence of Western cultural practices and beliefs on Nigerians. In the evolution of indigenous communities, it is hard for Nigerians to imagine homosexuality in society.

But while some of the reactions to the new law have been cautious, Canada openly called on Nigeria to repeal the law. In a statement by its Foreign Affairs Minister, John Baird, the Canadian government said: “Canada is deeply concerned that Nigeria has adopted a law that further criminalizes homosexuality. We call on Nigeria to repeal this law, to promote and protect human rights and fundamental freedom of all Nigerians regardless of their sexual orientation.”

The United Kingdom, however, is treading lightly on the issue, opting to take the path of bilateral engagement at the ‘highest levels.’ British Foreign Secretary William Hague said that although his country’s government is disappointed with President Jonathan for signing the bill into law, “we will continue to lobby at the highest levels on this issue.” The UK Department for International Development (DFID), which gives aid to Nigeria, has even declared that the anti-gay law will not precipitate a halt of its engagement with the country.

The U.S. Secretary of State John Kerry expressed deep concerns, noting, "The law is inconsistent with Nigeria's international legal obligations and undermines the democratic reforms and human rights protections enshrined in its 1999 constitution." But the country’s envoy, Ambassador James Entwistle, said that in spite of the new law, his country would not withdraw bilateral assistance to Nigeria, even though the latest developments “may put some restrictions on what we can do to help fight HIV/AIDS in this country.”

The United Nations issued a statement of caution on the law. A statement from the Office of the Secretary-General said that Mr. Ban Ki-Moon “fears that the law may fuel prejudice and violence, and notes with alarm reports that police in northern Nigeria have arrested individuals believed by the authorities to be homosexuals, and may even have tortured them." Further, the statement expressed fears that the new law “also risks obstructing effective responses to HIV/AIDS."

Between March and May 2013, the Pew Research Center conducted a survey measuring public opinion on homosexuality in 39 countries with a total of 37,653 respondents. Highlights of the survey revealed that factors like religion and economics are key in shaping beliefs on homosexuality. Thus, while homosexuality is considered unacceptable in countries where religion occupies a central place in the lives of citizens, the reverse is the case for regions where secularism trumps religion. The survey also illustrated a directly proportionate relationship between economic conditions and homosexuality. For example, homosexuality tends to be more generally acceptable in states where citizens enjoy better living standards, rather than in poorer nations.

In real terms, European countries, the U.S., Canada, and some Latin American nations have populations that are more in favor of homosexuality than are opposed to it. According to the survey, this trend has seen an increase over the past few years. In the 2013 survey, 80% of Canadians accepted homosexuality, compared to 70% six years ago. In the U.S., 60% of respondents believe the practice should be accepted, which is an increase from 49% in 2007. In Spain, Germany, and France the acceptance figures are 88%, 87%, and 77% respectively. In Argentina, 74% of those polled say homosexuality is acceptable, and for Brazil the figure is 60%.

Compared to the figures from the U.S., Canada, and Latin America, 98% of Nigerian respondents are against homosexuality. 96% of those polled in Senegal, Ghana, and Uganda also opposed homosexuality. The case with South Africa is interesting, as homosexuality is legalized and discrimination based on sexual orientation is unconstitutional. But even in South Africa, 61% of those polled are against the practice, with only 32% supporting it. Additionally, results from predominantly Muslim countries indicate an overwhelming majority against it. The results show 87% in Pakistan, 97% in Jordan, 78% in Turkey, and 95% in Egypt.

What is clearly perceptible from these statistics is that the homosexuality debate is still very much ongoing. One can safely say that in spite of the UN’s inclusion of LGBT rights as human rights, the acceptance of homosexuality in some cultures is far from a reality. This is partially due to the entrenched beliefs, cultures, and idiosyncracies that are deeply rooted in the psyches of these populations.

Oke Epia
CPD Blog Contributor
Chief Press Secretary to the Deputy Speaker of the House of Representatives, Nigeria
YOU MIGHT BE INTERESTED IN...

Public Diplomacy from the Heartland

Public diplomacy has been a central pillar of American statecraft for more than 60 years. So what does public diplomacy look like from the vantage point of Middle America, the nation’s heartland? Creating and maintaining...