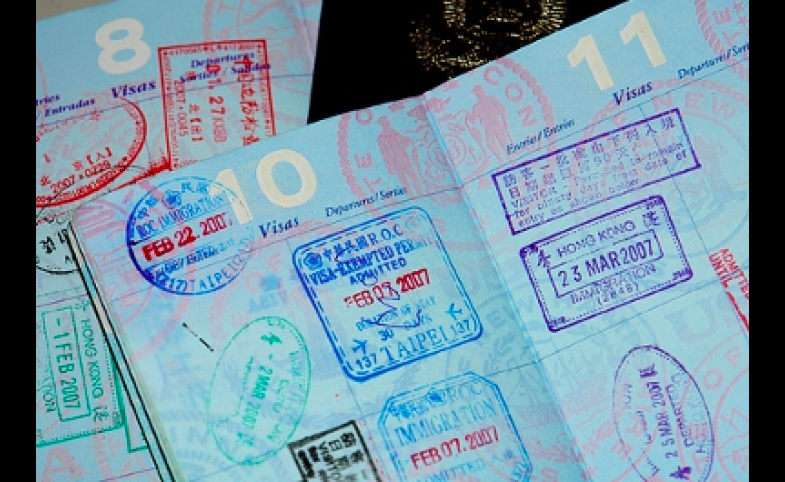 In June of 2013, reports revealed contemplation by the United Kingdom to impose a £3000 (US $4,715.4) bond on visa applicants from some five countries; India, Nigeria, Pakistan, Ghana, Sri Lanka, and Bangladesh. According to the plan, this bond program and the visa applicants from the target countries will participate in a pilot scheme of a broad plan aimed at checking illegal immigration into the UK.

Promoters of the policy explain that the bond is targeted at high-risk first time visitors to the UK who are more likely to overstay the six month visa with which they entered the country. This plan indicates that this idea is part of the UK government’s response to tackling immigration challenges facing the country, an issue the Conservative Party promised to handle during the 2010 campaign. However, the tide of public opinion has risen against this proposed policy. The bond idea has drawn strong opposition from governments and citizens of the targeted countries, with Nigeria for instance, threatening reciprocity if the policy is brought into effect. Nigeria’s Minister of Foreign Affairs, Mr. Olugbenga Ashiru, had summoned the in-country British High Commissioner to warn of the consequences of its implementation.

Reports that the policy will be implemented beginning in November drew a more vociferous threat of a counter, forcing the UK High Commissioner to Nigeria, Mr. Andrew Pocock to embark on some damage control measures. He clarified that the bond policy is not yet a fait accompli. The High Commissioner told a Nigerian newspaper in August:

We don't know...whether this will happen at all, but if 150,000 Nigerians travel to the UK every year, this scheme will probably only affect a couple of hundreds, which is a very small proportion of 150,000. So it's not a catastrophe coming down the road....there is no policy; it is simply something that is being discussed in the UK. If we do need to set up some kind of policy, there will be a pilot scheme, a very small scheme to see how it works and to see if Nigeria is one of the countries. But even if this bond scheme is put into practice, it will affect only a tiny fraction of the travelling public of Nigerians.[1]

But not many in Nigeria were impressed with Mr. Pocock’s assurances. Opposition has continued to gather momentum with Abuja merely echoing the mass discontent of Nigerians with the visa bond proposal. Abike Dabiri, Member of the House of Representatives and Chair of the Diaspora Affairs Committee, described the plan in harsh words, saying it is capable of affecting diplomatic relations between Nigeria and the UK. Dabiri stated, “I think it’s ridiculous. I know they’re saying it will only affect a small percentage of ‘high risk’ Nigerians but who defines these criteria?”, the lawmaker queried.

Another issue lawmakers and politicians have addressed is the trade relationship between the two countries and how it could be damaged. Nigerians have always found Britain a destination of choice for tourism and business, despite the hurdles placed in front of travellers; including proof of adequate ties to the home country before a visa will be granted. While most visas require proof of residency in the home country, for Nigerians travelling to the UK, in some cases, provision of proof includes demands for papers indicating economic circumstances, employment status, marital status, and the likes may not be as important as the disposition of a consular official assigned to treat the application.

But having scaled these impediments to get entry visas, the majority of Nigerian travellers often deploy lots of resources and goodwill to the benefit of the host country in sectors as diverse as education, medical tourism, and commerce, among others. A Nigerian Education think tank, Exam Ethics International, in a 2012 report, claimed that Nigerians spend 80 Billion Naira (U.S. $500m) on educational pursuits in the UK.[2]

A recent Financial Times article cited the report of a study by UK-based tax-free shopping specialists, Global Blue, placed Nigerians as the sixth largest spending nationality of luxury goods buyers in the UK. The report gave graphic statistics of the generous shopping prowess of Nigerians on London’s High Street and elsewhere thus: “Global Blue’s data show Nigerian spending rose 17 percent in the first six months of 2013, measured against the same period last year, with the average spend per head rising to £628 from £505.”[3]

These substantial contributions by Nigerian citizens to the UK economy are what proponents of the £3000 visa bond policy tend to have glossed over and want to jeopardize. Worse still, the implications for Britain’s image, brand, and public opinion of the general Nigerian populace, as well as people of the other countries targeted, do not seem to mean much to those pushing this ill conceived policy.

The David Cameron-led Conservative coalition may push the bond policy through regardless of the public diplomacy backlash it portends. But the government should know that imposing a down payment for a visa is not a foolproof way to address immigration troubles. Desperate immigrants determined to remain in the UK could decide to forgo the £3000 bond and stay put as if to suggest that the money deposited is payment for illegal immigration. At the end of the day, the problem intended to be solved remains unsolved, if not further compounded.

And then an avoidable diplomatic brick-bat is set off. Because as far as Dabiri, the Member of the Nigerian House of Representatives is concerned, “Nigeria must not only bark; it must bite. The principle of reciprocity must be applied, and even more can be done....Yes, we have challenges, but that is not a reason for Britain to treat us this way. If Nigeria does not stand firm on this, it would be a shame to our nation and our people."[4]

It is not only in the targeted countries that opposition to the visa bond has arisen. Within the UK political establishment itself, the plan has received some flak. UK Business Secretary, Vince Cable, pointedly told Downing Street to perish the idea. Cable told the Financial Times that the policy gives the impression that Britain is closed for business.[5]

Additionally, a report by Bloomberg detailed a high degree of angst among a broad spectrum of Indians on the bond proposal with some commentators calling for the Nigerian-style response of reciprocity.[6] Ambassador Kishan Rana, India’s former envoy to Germany, was quick to call on his country to impose a reciprocal scheme on British tourists seeking to come to India.

Given the wide-scale disapproval that has trailed the bond policy, the Cameron Administration may do well to avoid public diplomacy crisis by thrashing the plan which was described in the Bloomberg article as a “a move that seems to combine inefficacious policy, obtuse public relations and moral tastelessness.”[7] The £3000 visa bond gambit clearly portrays the downside of Downing Street’s public diplomacy.

Oke Epia
CPD Blog Contributor
Chief Press Secretary to the Deputy Speaker of the House of Representatives, Nigeria
YOU MIGHT BE INTERESTED IN...