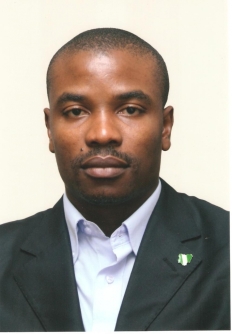 He currently works as the Chief Press Secretary to the Deputy Speaker of the House of Representatives, Nigeria. His duties involve coordinating media and public relations for the principal and ultimately, contributing towards a positive image and public relations profile for the federal legislature generally. He has been on this job since July, 2011.

Before his current job, Mr. Epia worked as Special Assistant to the Honourable Commissioner for Information, Delta State, Nigeria between 2007 and 2011. In that capacity, he played both advisory and implementation roles in the management of official communications and supervision of information gateway channels, including broadcast, print and social media.