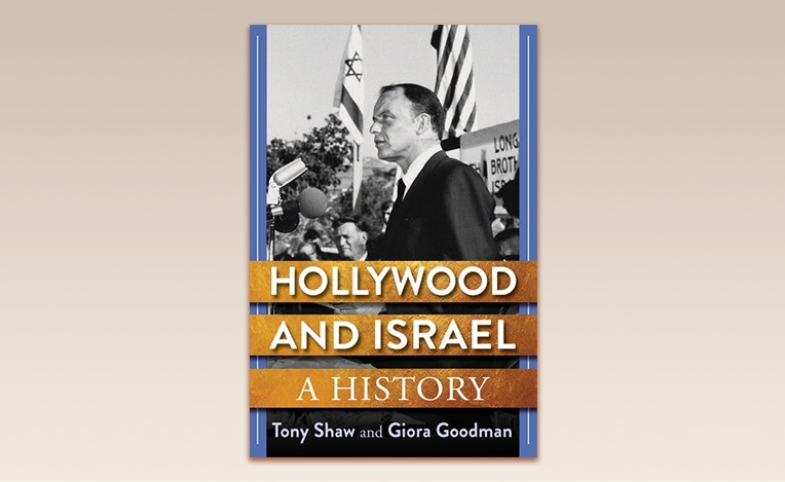 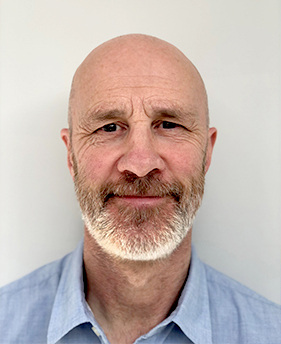 Tony Shaw (top) is Professor of Contemporary History at the University of Hertfordshire and author of several books on film and international propaganda including Eden, Suez and the Mass Media: Propaganda and Persuasion during the Suez Crisis (1996), Hollywood’s Cold War (2007) and Cinematic Terror: A Global History of Terrorism on Film (2015).

Giora Goodman (bottom) is Senior Lecturer at Kinneret College, chairs the department of Multidisciplinary Studies, and specializes in the history of government media control, propaganda and censorship in Mandatory Palestine and in Israel. 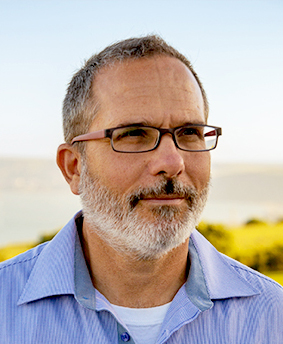 Shaw and Goodman’s recent book Hollywood and Israel: A History (March 2022) chronicles the impact of show business on international relationships, global attitudes and soft power involving Israel and major events in the Middle East. The authors detail key moments and considerations in Israel’s public diplomacy as practiced through the lens of the world’s entertainment capital, both on and off the screen.

How did the idea to write Hollywood and Israel come to be, and which audience(s) did you have in mind?

There were two triggers, really. The first was the almighty row that erupted in Hollywood over the Gaza War in 2014, and especially over actor Javier Bardem’s allegations of Israeli “genocide,” which was reported across the world. This got us thinking about the role that Hollywood and celebrity culture played in the Arab-Israeli conflict today and in the past. Soon after that, we came across a wonderful, grainy YouTube clip of Barbra Streisand comically interviewing an aged Golda Meir on a 1978 ABC variety show celebrating Israel’s 30th birthday. The show, in which dozens of stars like Henry Fonda, Paul Newman and Sally Struthers spoke of their affection for Israel, pointed to a longstanding “special relationship” between Hollywood and Israel.

Our book essentially tracks the history of that relationship and explores how it has played out both on and off the screen over the past 70 years. The book is about much more than film. It is about how the world’s most powerful entertainment industry has engaged with one of the most intriguing nation states and intractable international conflicts. It is about where politics, war, diplomacy and celebrity intersect. As such, the book is aimed at a range of scholars as well as general readers who might want to know about the realities of star power.

Your book illustrates a journey of the U.S.-Israel relationship through the lens of the entertainment industry. Based on your research, which turning point(s) seem most significant in how that relationship continues to evolve today?

We’ve done a ton of research in U.S. and Israeli archives to get behind the scenes of Hollywood’s relationship with Israel. This has included Israeli foreign and defense ministry papers, Hollywood scripts, filmmakers’ diaries, and the records of synagogues and lobby groups like the American Israel Public Affairs Committee. We also interviewed some of the key characters in the story in recent decades, and of course watched hours and hours of film and television footage.

What emerges from all of this is evidence of the special position that Hollywood occupies in the U.S.-Israel relationship. It seems to us that Hollywood has been one of the great cultural gluing agents in that relationship, forging and magnifying pro-Israel sentiments in American society on screen and lobbying for the Jewish state away from it. Given Hollywood’s power to entertain and persuade, this has been of inestimable value to Israel and its American supporters. Important staging posts in this relationship are Sword in the Desert (1949), Hollywood’s first major pro-Zionist picture, starring Dana Andrews, and Steven Spielberg’s drama Munich (2005), widely interpreted as a serious challenge to Israel’s anti-terrorist policies. In between these stands the uproar that the pro-Palestinian actor-activist Vanessa Redgrave caused in 1978 by using the Oscars ceremony to describe her opponents as “Zionist hoodlums.”

In the early 21st century, new voices in and around Hollywood have treated Israel in ways that could not have been imagined decades earlier. These voices—many of them heard during the 2014 Gaza War—have reflected growing divisions over Israel among Americans, including Jews, and have important implications for the special relationship between the United States and Israel. Nonetheless, the special relationship between Hollywood and Israel remains resilient for now—witness, for instance, the numerous film and TV series that have recently hailed the operations of Mossad, the Israeli intelligence agency.

You write, “The Israeli government worked tirelessly to harness both the hard and soft power of Hollywood.” In your research, what are some of the more observable results in the international arena from these efforts?

Since 1948, Israeli public diplomacy has sought to utilize the soft power of Hollywood films to present a positive image of the Jewish state on screens across the globe. Otto Preminger’s war picture Exodus (1960), the epic pro-Zionist telling of Israel’s birth, has to be the best example of this. We outline how the Israeli government played a key role in making the movie and helped it to become such a cultural phenomenon. Soft power also comes in the form of celebrity activism. Israeli diplomats and ministers have struck firm friendships with many movie stars over the years, guiding their pro-Zionist activities. Across the 1960s and 1970s, the all-around entertainer Danny Kaye stands out as perhaps Israel’s first celebrity diplomat. Kaye spoke up for Israel in private and in packed stadia, he sat on Israeli tables at international film festivals, and he made morale-boosting visits to the Jewish state in wartime.

Israeli diplomacy has also used Hollywood's hard power to raise financial and political support. Hollywood producers and celebrities have in fact been involved since the 1920s in raising vast sums of money for the Zionist movement. Hollywood bosses—such as Barney Balaban in the 1950s, Arthur Krim in the 1960s, and Haim Saban in the 21st century—have also sought to use their political influence in the White House and with U.S. decision-makers to promote the goals of Israeli diplomacy in war and peace.

Did anything surprise you in researching and writing this book?

We were surprised to find out just how bitter the dispute between different wings of the Zionist movement was in Hollywood in the 1940s when scriptwriter Ben Hecht became a hate figure for supporting the terrorist actions of the Irgun. We were also struck by the extraordinary dynamism that stars Frank Sinatra, Elizabeth Taylor and Kirk Douglas showed as celebrity diplomats for Israel through the 1960s, 1970s and 1980s. Taylor reportedly even offered to take the place of an Israeli hostage during the 1976 Entebbe crisis. A few years later, with the help of the U.S. State Department, Douglas hosted Egyptian government officials at his Los Angeles home with the aim of easing tensions between Cairo and Jerusalem. Today, Douglas carries the torch for his father and is one of the most prominent liberal Zionists in Hollywood.

Finally, while researching more recent times, we were surprised to discover the remarkable number of Israelis working in Hollywood. In earlier decades, the shoe was on the other foot, as American directors and producers used Israel for cheap labor and exotic locations. Nowadays, so many Israeli writers, producers and actors work in Los Angeles, there are complaints of the Israeli film industry suffering a brain drain. Foremost among these Israeli emigres are Gideon Raff, creator of the hit TV series Homeland, and Gal Gadot, star of Wonder Woman.

Why is Hollywood and Israel an important book for students of public diplomacy?

Our book provides a comprehensive account of the ways in which a foreign government—that of Israel—has sought to bind the power of Hollywood to its public diplomacy goals for over 70 years. The book not only explores the changing strategies and methods employed by Israeli public diplomats over the many decades. It also carefully assesses their successes and failures. In doing this, the book will hopefully act as some sort of guide to those thinking about the relationship between public diplomacy, celebrity advocacy and mass communications.

Despite striking historical similarities among their peoples, Israel, Cyprus and Greece experienced mostly unfriendly relations for almost 60 years. This situation was radically altered during the past decade with the...

Ukrainian President Volodymyr Zelenskyy’s eloquent appearance at the 2022 Grammy Awards has shined a harsh light on the Academy of Motion Picture Arts and Sciences’ decision not to invite Zelenskyy to speak at this year...