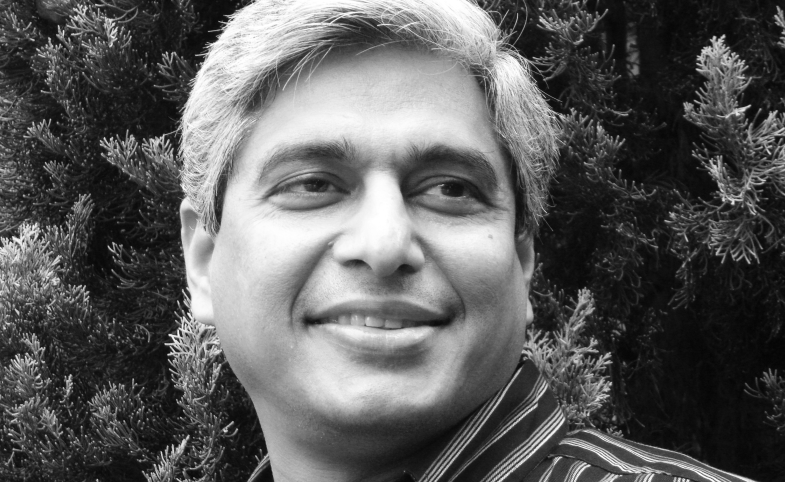 This interview was conducted by Patrick J. Linehan, U.S. Public Diplomat in Residence, USC Center for Public Diplomacy. For two years (2011-2013), Indian diplomat and best selling author of Slumdog Millionaire Vikas Swarup and Linehan served as fellow Consuls General for their respective countries in Osaka, Japan.  For CPD's special e-book on India's public diplomacy (forthcoming), Linehan asked Vikas to talk about his dual roles as senior diplomat and best-selling writer and his views about the role of public diplomacy in international affairs.

How do your novel Q&A and its film version Slumdog Millionaire as well as your novels Six Suspects and The Accidental Apprentice shape the global image of India?

I would like to believe that they convey the image of an India that is vibrant, energetic and industrious.  My books try to capture the vitality of life in our cities. How people, even those living in the slums, are trying to make a better life for themselves. How everyone is optimistic about their future being better than their present.

Slumdog Millionaire was not a documentary on slum life. Dharavi just happened to be the backdrop of telling a compelling human story about the ultimate underdog. Eventually it is a tale of hope and optimism which conveys the message that even someone who is given no chance in life can beat the odds and triumph.

More broadly, what do you see as the role of popular entertainment and the arts in public diplomacy?

I think they have a very important role to play. Very often it is a country’s films, music, cuisine and books which offer a window into its culture to outsiders. So the more popular a nation’s culture, the more is its soft power.  Take Bollywood, for example. These glittering, glitzy films have long been popular in certain regions of the world such as the Middle East. Over the past decade, however, Bollywood has been making inroads elsewhere. One of the most popular entertainers in Tajikistan is a man who sings Bollywood songs. When I was posted in Addis Ababa, whenever my car would go out, Ethiopian street urchins would run after it singing Hindi film songs, without, of course, knowing a word of Hindi.  I think the great thing about Bollywood is that these movies can be understood even without knowing the language and they mesmerize audiences with their songs and dances and emotional scenes.  In Afghanistan, an Indian TV serial became so popular that you could not try to call in Afghan at 20:30 in the evening when the Indian television soap opera Kyunki Saas Bhi Kabhi Bahu Thi dubbed into Dari was telecast on Tolo TV.

The same is true of Indian music, of our dance, of our art, our literature, yoga, ayurveda, even Indian cuisine, which has become very popular the world over, and especially in the United States.

Are there lessons for the United States and other countries in India's successful use of public diplomacy soft power?

I think the USA’s soft power is unrivaled. Everyone already knows McDonald's, Microsoft and MTV. Hollywood films have been ruling the roost for decades.  A village bumpkin in some remote outpost of the world might be sporting a ‘New York Yankees’ T-shirt. The whole world is going crazy over the latest iteration of the iPhone. You just have to leverage these ubiquitous icons to your advantage.

For me work comes first and writing comes second. Unlike other writers with day jobs who are able to write in the crevices of the day, I can only write when I have a clear horizon in front of me, meaning several hours without any interruptions. So I usually write on weekends and holidays. I try to strike a balance between my life as a writer and my role as a diplomat.

The Indian government is very liberal and gives complete freedom for artistic expression to civil servants. So technically speaking, there is no bar to what you want to write as long as it is made clear that the views expressed are personal. The only conflict, I suppose, is that as a bureaucrat you are supposed to work behind the scenes and neither be seen nor heard in public whereas as a novelist you have be out there, promoting your work.

I think the security of the day job gives me the freedom to write in my spare time. I don’t feel I am under any kind of “pressure.” Moreover the tremendous success of Slumdog Millionaire at a global level has opened up many more doors for me as a diplomat. So I believe the two roles complement each other rather well.

Do you have any advice for our students who are studying public diplomacy?

Just like me, you are also going to be ambassadors of your country, promoting its soft power. For that, the most important thing is to be fully conversant with all aspects of that soft power. So immerse yourself in your culture  –  politics, art, films, music, technology, cuisine….everything under the sun. Be as curious as you can be. Only when you know your country and culture well will you be able to interpret it for a foreign audience.

To read the other interviews in this series, click here.