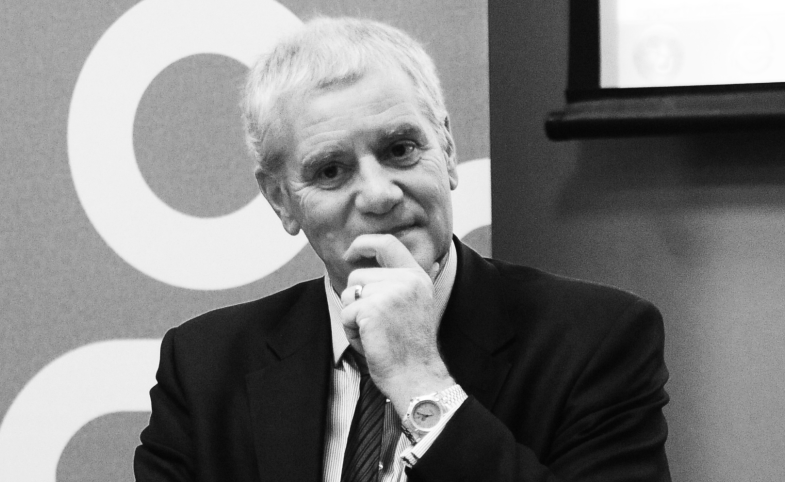 In this new series, the USC Center on Public Diplomacy (CPD) will interview international thought-leaders as well as key practitioners of public diplomacy and related professional fields to provide our readers with insight into the inner workings of some of the world’s most thoughtful PD practitioners.

This spring, CPD posed the following questions to Sir Martin Davidson, CEO of the British Council:

What do you see as the biggest challenge for building trust between the UK and other countries at the moment and how is the British Council addressing this?

Firstly, there are all the traditional challenges of post-colonialism. Many emerging economies have a long and complex history with the UK. But interestingly, I think the big challenge is that because of the economic recovery and the emphasis in the UK on prosperity, growth and exports, the danger now is that we are seen as only interested in other countries from an economic and trade position, and not as partners for the future. I think a key challenge for us is to demonstrate that we are interested in, for example, India, China, Brazil, Indonesia, Vietnam, Brazil, Mexico and Turkey because they are partners for the future. Of course, they are important to the UK economically and from a trade perspective, but also politically, socially, educationally and culturally. The UK is looking for a more rounded relationship with those countries than one purely based around trade. That’s why, for the British Council, our emphasis is on a broad-based relationship with countries. We develop education links which are not just focussed on attracting students to the UK, but also on researcher-to-researcher and institution-to-institution relationships. It is why we have put a particular emphasis on the need for young people in the UK to learn foreign languages, and why we are supporting British students to travel abroad to study and experience other countries. It is why, during the Years of Culture which we co-organise – for example, the UK-Russia Year of Culture which is taking place this year, and the Year of Culture we will run with Mexico in 2015 – it is vitally important that we in Britain see and experience those countries’ cultures, just as much as it is that we present British culture. It’s about genuine reciprocity, of mutual exchange and interest.

Please share some of the more difficult and rewarding aspects of your experience setting up the South China British Council office in Guangzhou.

The most interesting thing about setting up the office in Guangzhou was when it opened. It was 1989, just a few months after Tiananmen Square, and there was a huge sense of revulsion about any relationship with the Chinese authorities. The Chinese authorities themselves were extremely suspicious of foreigners: what they were doing, why they were interested. The delicate balance which I had to forge was to not pretend that everything was carrying on as normal, and that there hadn’t been a significant reaction to the actions of the Chinese authorities here in the UK.  We acknowledged that it wasn’t just life as usual, but that we genuinely believed that, in even the most difficult political relationship, the educational and cultural relationship between countries is vitally important. That it would help us build an opportunity for shared understanding. It wasn’t about us agreeing with the Chinese that everything was fine, or the Chinese agreeing that the sense of outrage in the UK was appropriate, but rather that we were exploring how to build the long term relationships that we knew were of huge importance.

At that time there was opposition in the UK to education contact with China. Artists and creative people were also wary about their exchanges with the country, so we needed to create a sense that cultural relations were still important. A relationship with China was going to be critical in the future, not just for the UK but for the wider world. Therefore we had to engage, and the way you engage is through open and honest conversation. The reward was the opportunity to be involved with a part of the world growing at a phenomenally fast rate, with huge social changes and challenges coming along and people who were deeply committed to development and opportunity for themselves, their families and their society. Our job was to create connections between the UK and those people.

What might your typical work day look like at the helm of such a large cultural relations institution? What do you consider to be key success factors for you?

It’s a busy day, typically! For me, the important thing is to get that balance between the internal management of a complex organisation – and we are a big, complex organisation of around 7,000 people and £900 million of turnover – without losing sight of what we are actually for. It’s very easy to become managerial. One of the things which is really important to me is staying in touch with what the organisation is really for, which is building long-term relationships and trust between the UK and other countries. That means staying in contact with external stakeholders, so I spend a significant amount of time going out and meeting the people who are important in helping us understand what international demand from the UK is. For instance, last week we had 87 Ministers of Education in London for the Education World Forum.  It is important for us to understand what it is that our partners are looking for from their relationship with the UK, to know how effective the British Council is in following through with those requirements, and how much more we should be doing and where the new opportunities are.

One of the most energising things which I am able to do on a fairly regular basis is to visit British Council operations around the world. You can’t travel all the time, of course, but talking to colleagues across our global network who are working, leading and managing our operations on the ground, is enormously useful in understanding what their issues, challenges and interests are. The big challenge is to avoid the inevitable introspection of a large organisation and to stay focussed on the outside world.

It’s a truism that perhaps the biggest and most important change has been the advent of digital connectivity. In 1984 cultural relations was pretty much an elite-to-elite exchange. Nowadays, when anybody with a phone can be a television reporter and everybody with a Twitter account can be a journalist, connections between people are infinitely more complex and varied. For instance, when I first went to China if you wanted to phone London you had to book the phone call 48 hours in advance. It was often quicker to drive across the city to see someone than to try and phone them. The advent of connectivity, at an institutional as well as at a personal level, has been absolutely transformational. We also tend to forget how recent that has been for so many people, and indeed there are a number of places in the world where it still is not the norm.  But the spread of digital connectivity means that the British Council has had to become an organisation which is able to operate at a completely different level of scale than we did 30 years ago. We have to be able to make an offer which individuals will be able to pick up, or not, as they feel fit. Whether that is through the teaching of English language, the use of MOOCs, connections between Universities or the connections between individual artists, everything in our field operates in a much more networked way now. We have to be able to provide help and guidance for people to be able to understand where the points of opportunity lie in their relationship with the UK. We have to not try and control those opportunities but make them open and available. It is an interesting challenge.

I think the other issue is that people often believe a digital connection can substitute for face-to-face contact. I don’t think that is the case. These developments are ‘additions to’, rather than ‘substitutes for’. One of the things which I think is extremely interesting is the thinking we are currently doing around the importance of convening spaces. That can be a physical or a digital space, whatever is needed to help people create the connections that are of value to them. It is the reason we are reopening our libraries in Lahore and Karachi, for example. It is something very simple that we can do, which enables people to create all sorts of connections of great value to them, in a way in which they feel safe.

What do you consider the UK's greatest exports that help define its global image and why?

There are the obvious ones that we cite all the time: our language, our education system, our creativity through the arts and creative industries. These are very important ways in which people think about the UK. Something that we should be enormously proud of, for instance, is that eight out of the eleven Formula One sport racing teams are headquartered in the UK. That is economically hugely important but it is also built upon a level of creativity, engineering excellence and entrepreneurialism which I think people find hugely attractive.

But certainly in my experience – and I think it is an experience driven by my time in China – the sense of our being an old country, with a long tradition, but which is prepared to constantly challenge and think about change is something that is very attractive, especially for emerging countries. The sense that it is safe to change and challenge, but at the same time maintain a set of values. We tend not to notice how the ability for our society to constantly reinvent itself and examine itself is extremely attractive around the world. And of course the core building blocks of our society – openness, plurality, ability to challenge, ability to be non-conformist – are important attractions to people around the world.

Finally, what advice would you give to students interested in going into your field?

For me, the starting point is to have a fascination and passion for the ‘other’ and the ‘different’ in society. Lots of times people go around the world trying to find out why things are the same. For me, the great attraction of cultural relations is identifying and celebrating the differences. I think you have to have a passion for people who are different, who think differently, who react differently, and to be able to understand that. We don’t want a homogenised world, but one that actually celebrates the diversity of human experience. If you have that fascination, then this is a wonderful field to work in.

In this new series, the USC Center on Public Diplomacy (CPD) will interview international thought-leaders as well as key practitioners of public diplomacy and related professional fields to provide our readers with insight into the inner workings of some of the world’s most thoughtful PD practitioners. For more information about the Q&A with CPD series and to read our other interviews, click here.