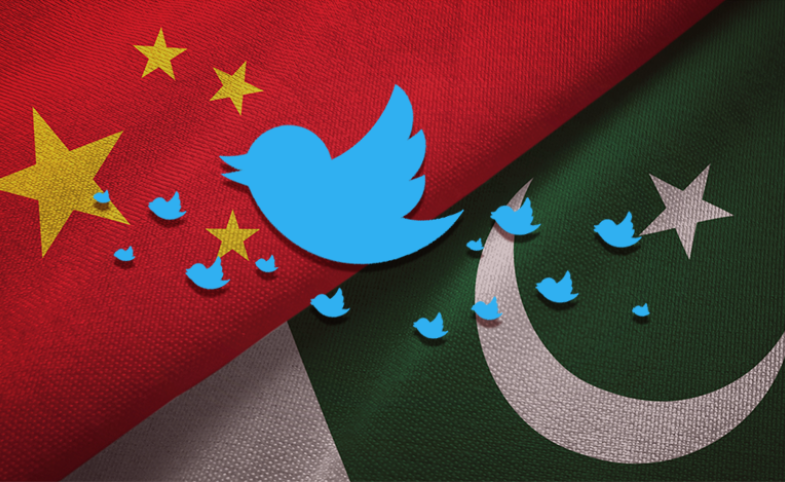 "The China-Pakistan Economic Corridor in Social Media: A Critical Discourse Analysis" analyzes the strong role of Twitter in shaping Pakistan's positive national narrative of the China-Pakistan Economic Corridor (CPEC), the portion of China's Belt & Road Initiative (BRI) that cuts directly through Pakistan, border-to-border. The authors note that Pakistan's population of 200+ million people is one of the world's largest and fastest-growing social media audiences.

“In nearly 70 years of friendship and close cooperation between China and Pakistan, the CPEC has emerged as a climax bringing both countries closer through greater Chinese investment under the BRI," write Ahmed, Rojratanakiat and Taekasem. "Twitter was used to promote China’s goodwill in Pakistan as a true friend of Pakistan that is helping in times of need, and this, for example, has been labeled as the all-weather friendship between China and Pakistan.”

Using sentiment analysis, the researchers found an overwhelming amount of Twitter activity within Pakistan—including official government accounts—initially demonstrating opposition or skepticism about the CPEC. However, President Xi Jinping's April 2015 visit to Pakistan ultimately resulted in an about-face in which Pakistan's government demonstrated a tremendous wave of support on Twitter, contributing to Pakistan's overall positive framing of the China-Pakistan relationship.

“Higher than mountains, deeper than oceans, stronger than steel and sweeter than honey” is a popular slogan used by Beijing and Islamabad to describe diplomatic relations between China and Pakistan. China, however, seeks...

How do you perform public diplomacy effectively in the Age of Drama Queens? It’s a special challenge if you’re Judith McHale, the State Department’s new Undersecretary for Public Diplomacy, with a special...