Home|What's "In the Works" for Emily Metzgar? 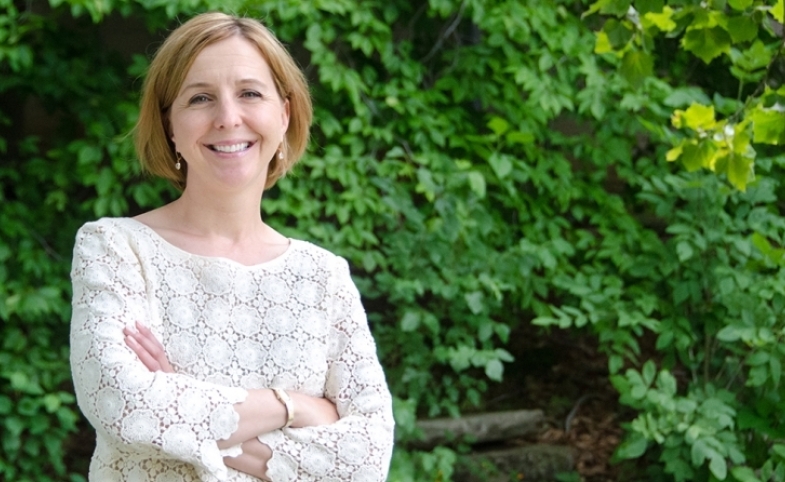 What's "In the Works" for Emily Metzgar?

Emily Metzgar is an associate professor in the Department of Journalism at Indiana University’s new Media School where she recently received tenure. In addition, she serves as a Senior Associate for Indiana University’s Research Center for Chinese Politics and Business and is affiliated faculty for IU’s East Asian Studies Center as well as the University’s Center on American and Global Security. She is also an alumna of CPD's Summer Institute in Public Diplomacy (Class of 2009),

This coming spring, Dr. Metzgar will be teaching an undergraduate class titled Media and Culture in China, a semester-long course that includes a week on the ground in Beijing during spring break to meet with representatives of American and Chinese media outlets and public affairs operations. She looks forward to doing the requisite sightseeing and to facilitating students’ first exposure to China.

Metzgar's research foci include the origins and practice of American public diplomacy, the public diplomacy practices of Japan and China, and the literature of the field of public diplomacy writ large, with particular interest in the development of theory to guide research and program development, as well as methods to evaluate program performance.

Current projects include a book about American alumni of the Japan Exchange and Teaching (JET) Program; a study of American audience reactions to CCTV America; a history of passage of the Smith-Mundt Act authorizing American public diplomacy efforts; and the development of the China-based Schwarzman Scholarship, billed as a “Rhodes Scholarship for the 21st century.”

Metzgar's most recent public diplomacy publications have been commentaries on the CPD website including:

Other works are under review or in progress.

About this series
"In the Works" is CPD's periodic roundup of news from the international PD scholarly community. If you've taken up a new academic position, published a new work or recently embarked on a research project on a public diplomacy topic, let us know! All updates can be sent to cpd@usc.edu. Please be sure to use "In the Works" in the subject heading.

What's "In the Works" for Nicholas J. Cull?

What's "In the Works" for James Pamment?

During a regular year, James Pamment serves as assistant professor of Media & Communication Studies at Karlstad University in Sweden. This year, however, isn't a regular year for Dr. Pamment. In addition to his CPD...

What's "In the Works" for Senem Cevik?

An Assistant Professor at Ankara University's Center for the Study and Research of Psychology, Dr. Senem Cevik is currently a visiting research scholar at The Olive Tree Initiative project at UC Irvine's...

R.S. Zaharna is a Professor of Public Communication at the School of Communication, American University. She is a former CPD Research Fellow (2011-2013) and regular contributor to the CPD...