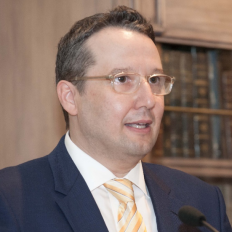 Dr. Aristotle Tziampiris, whose primary scholarly focus is on international relations, energy diplomacy and Greek history, is Professor of International Relations and Director of the Graduate Program in American Studies: Politics, Strategy and Economics at the University of Piraeus. He is also the President of the Council for International Relations-Greece (CFIR-GR).

He has published a series of essays primarily on Greek history and international relations in South Eastern Europe and the Eastern Mediterranean. His op-ed pieces have appeared in various publications and websites, including The New York Times, The Jerusalem Post, The Huffington Post, The Washington Times and the National Interest.

Dr. Tziampiris holds a PhD and an MSc (econ) degree from the London School of Economics and Political Science and is a graduate (BA) of Middlebury College.