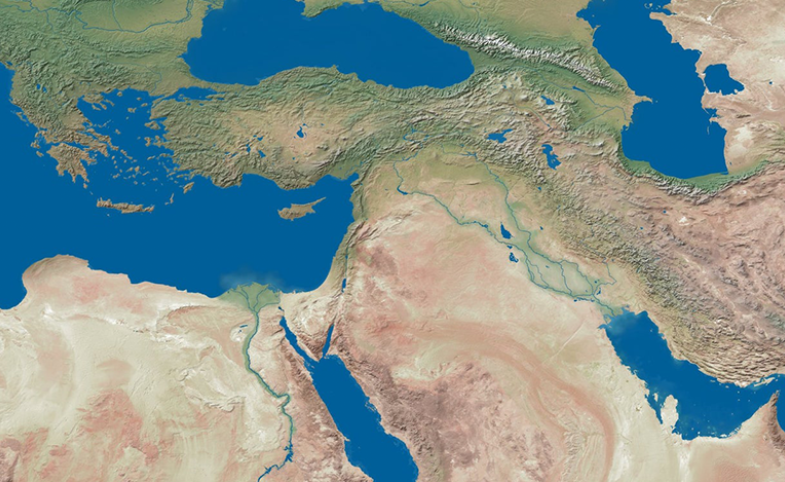 The Greater Eastern Mediterranean and Greece

Note from the CPD Blog Manager: Aristotle Tziampiris is President of the Council for Foreign Relations-Greece (CFIR-GR) and CPD Visiting Scholar. His views in this post are personal, and learn more about his work here.

A Greater Eastern Mediterranean region is emerging based on new partnerships and initiatives linking the Gulf with Mediterranean states. Common interests and threats are bringing closer, both directly and indirectly, Bahrain, Cyprus, Egypt, Greece, Israel, Jordan, Saudi Arabia and the United Arab Emirates—a great assemblage of predominantly Christian, Jewish and Muslim countries under the active support and encouragement of the Unites States of America.

This development has manifested itself in the Abraham Accords, the Red Sea Alliance, the Philia Forum, the East Mediterranean Gas Forum, as well as in several trilateral initiatives, energy infrastructure projects and numerous joint military exercises.

It should be kept in mind that regions are not just geographical expressions but also contested intellectual constructs forged by history, actors and events. Understood as a “loose” region, the emerging Greater Eastern Mediterranean shares a common historical background, having been part of the Ottoman Empire.

It is fundamentally a border region, where “East” meets “West” and where Shia and Sunni Islam compete, often through wars by proxy. Great Power competition is evinced, with China and Russia actively aiming to bolster their presence, often countered by the U.S. Iran is perceived by many as a potential existential threat, while Turkey is seen as increasingly authoritarian and revisionist.

There are additional sources of turbulence linked to waves of refugees, failing states, terrorist attacks and wars in Syria and Yemen. Within this context, regional states have been recently undertaking significant initiatives to enhance stability. Greece exemplifies the reorientations and type of projects that are taking place in the “new” region of the Greater Eastern Mediterranean.

Athens has established two major trilateral initiatives: one with Israel and Cyprus and a second with Egypt and Cyprus. These trilateral meetings and summits have provided a useful forum where problems and projects are discussed, cooperation institutionalized, and leaders get to know each other. Crucially, the Israel, Greece, Cyprus trilateral process has on occasion included the U.S., thus inaugurating a 3+1 summit process. In particular, Greece’s relations with Israel have deepened to a level of a multifaceted, almost strategic partnership. For example, a $1.68 billion deal centered on an international flying training center in Greece and post-pandemic tourism arrangements were just concluded.

Greece exemplifies the reorientations and type of projects that are taking place in the “new” region of the Greater Eastern Mediterranean.

Athens has also succeeded in deepening military and political relations with the U.S. as shown from the passing by the U.S. Congress of the Eastern Mediterranean Security and Energy Partnership Act of 2019 and the signing of the Mutual Defense Cooperation Agreement in 2020. The calculation is that the U.S. will remain the most powerful and consequential actor in the Greater Eastern Mediterranean, despite the relative disengagement and domestic focus of the past few years.

Greece has aimed to be part of the institutionalization of regional energy policy that began with a major Egyptian initiative that produced a new international organization: the East Mediterranean Gas Forum. It has a permanent seat in Cairo and a diverse founding membership that includes Cyprus, Egypt, Greece, Israel, Italy, Jordan and the Palestinian Authority. France subsequently joined, and the U.S. became a permanent observer. This initiative is increasingly incorporating a security dimension that can contribute to regional stability.

Greek regional energy policy embraces infrastructure projects such as a 2,000-megawatt undersea electricity cable linking Greece, Cyprus and Israel, as well as the creation of the 1,900 kilometers-long Eastern Mediterranean undersea natural gas pipeline (commonly referred to as EastMed) joining again the same countries. It should be stressed that these projects are ambitious, uncertain, require funding by private companies, and in the case of the EastMed pipeline may even change routes. However, the larger point is that absent regional initiatives and improvement in political relations, they would have been simply unthinkable and impossible.

Recently, both Greece and Cyprus signed defense cooperation agreements with the United Arab Emirates. In February 2021, Greece established in Athens the Philia (Friendship) Forum, comprising Bahrain, Cyprus, Egypt, France, Greece, Saudi Arabia and the United Arab Emirates. The goal is to create a forum that emphasizes security, sovereignty and international legal norms such as the ones enshrined in the United Nations Convention on the Law of the Sea. The Forum’s membership indicates precisely the emerging cooperative initiatives among Gulf and Eastern Mediterranean states.

These are truly fast paced developments that demand careful monitoring and will inevitably incorporate a substantial public diplomacy dimension.

Aristotle Tziampiris
CPD Visiting Scholar
Professor of International Relations, University of Piraeus
YOU MIGHT BE INTERESTED IN...

Since 2009, Greece weathered one of the severest economic crises in recent global financial history. For years, a widespread tide of negative publicity—triggered mainly by misinterpreted facts—spread across the international...

Since the founding of modern Israel in 1948, no country has been more resolute in its protective friendship than the United States. On occasion, however, the two countries have been at loggerheads, and no dispute has been...

Congratulations are in order for CPD as Jay Wang took the helm this fall and began engaging with the public diplomacy community as the new CPD director. As often happens with such beginnings, the focus intuitively turns to...

CPD’s annual research conference, held at the University of Southern California in February 2014, examined how emerging economies are paying greater attention to the value of culture and communication as they become bigger...