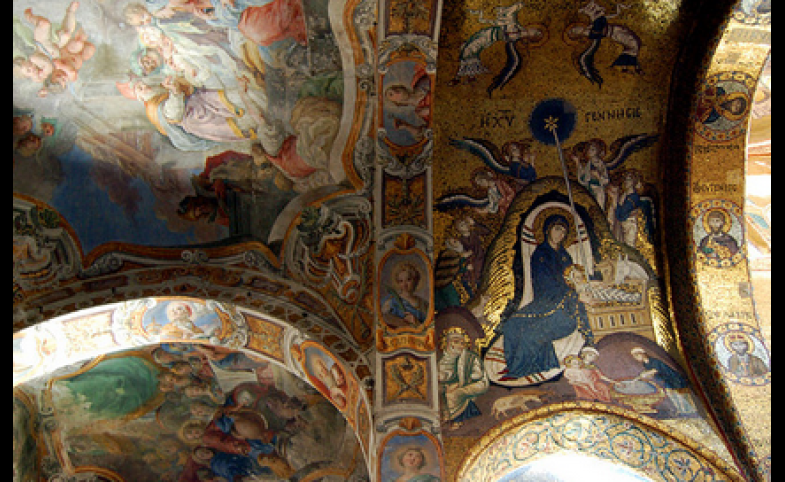 Congratulations are in order for CPD as Jay Wang took the helm this fall and began engaging with the public diplomacy community as the new CPD director. As often happens with such beginnings, the focus intuitively turns to the future. I would like to suggest a counter-intuitive move and challenge public diplomacy scholars around the world to explore the contributions of ancient heritages to the practice of public diplomacy.

My prediction is that pooling observations from the ancient world will offer creative insights for communicating with culturally diverse publics in the global political arena in the digital era.

The Public Origins of Diplomacy

The study of diplomacy and more recently public diplomacy have been cast in a relatively contemporary Western context. European diplomatic scholars frequently cite the embassies established in early Renaissance Italy as the origin of modern diplomacy. British philosopher Edmund Burke is cited with the first English language use of the word “diplomacy” in 1796. Former U.S. diplomat and scholar, Edmund Gullion is credited with coining the term “public diplomacy” in 1965.

This lens also establishes private communication between sovereign political entities as the diplomatic norm. The emphasis on private has prompted some traditional diplomats to suggest that “public diplomacy,” is an oxymoron. How can diplomacy be diplomacy if it is public?

Not only is diplomacy private, rather than public, it is written rather that oral. Diplomatic scholarship focuses heavily on written documents and correspondence. In On the Way to Diplomacy, Costas Constantinou traces the origins of the word “diplomacy” to “diploma” and the study of the handwritten official documents. In the late 1700s, focus shifted from the form of the document to the political content of the documents and then to the study of statecraft and external affairs.

Not surprisingly scholars focused on the written documents in their studies of diplomacy of the ancient world. In Amarna Diplomacy: The Beginnings of International Relations, Raymond Cohen challenges prevailing diplomatic scholarship when he exposed the Amarna Letters from ancient Egypt. The Letters were novel in revealing that “Greece was not the birthplace of diplomacy,” as Cohen noted, “but the heir of a very ancient heritage already more than 2000 years old by the time of Alexander the Great.” Cohen’s observations suggest a wealth of diplomatic activity in the ancient world, even before ancient Greece.

Additionally, given the oral traditions and political systems of early civilizations, it is more likely that diplomacy was oral communication conducted in a public arena. Royal courts were a prominent feature in many civilizations, such as the imperial court of Byzantium depicted below.

A second look at the diplomatic literature through a lens that highlights public forms and forums of diplomacy can be revealing. Ancient architecture, for example, features open expansive public spaces for people to gather. The agora in ancient Greece provided a forum for political debates. The ancient Mayan civilization of Mesoamerica featured the plaza for the public to assemble and discuss political issues.

Diplomatic scholars Hamilton and Langhorne in their classic, The Practice of Diplomacy, described the diplomacy in ancient Greece as “surprisingly” open and public. Envoys in ancient Greece required polished public speaking skills to contend in the agora.

Other ancient civilizations shared the open forums that demanded oral skills. Vietnamese diplomat Van Dihn Tran shared the gift for wit and word of Vietnamese diplomats who participated in the word challenges in ancient China. In pre-Islamic Arabia, the poets of warring tribes battled with their gift of language in the public market place. The kingdoms in West Africa had girot and jedi who kept an oral history of the leader and his lineage through music and song.

Ancient civilizations also demonstrated and sought to preserve formal diplomatic communication in public forms. Hence the ancient public inscriptions, monuments, and gifts that remain to this day. Diplomatic scholars credit their knowledge about diplomacy during the Roman Empire from the standard practice of recording imperial diplomatic exchanges in stone inscriptions and placing them in public settings.

If traditional diplomacy is really the new diplomacy, and public diplomacy is the old – really, really old diplomacy – this is new. And, deserves more research.

Yet, in much the same way the European experience established the assumption that diplomacy is private and written, public diplomacy developed from the U.S. experience may carry with it buried assumptions as well. Such assumptions may be implicit, but they set norms or expectations for what effective PD should look like – rather than foster an expansive vision of what PD can be.

Exploring public diplomacy’s ancient roots opens up new vistas of research that can help de-Americanize the PD field. Such research will give recognition to the valuable contributions of other heritages from around the world.

My hunch is the PD field will be richer and all stand to gain in learning from the insights in how to conduct diplomacy in the global, culturally diverse public sphere. And that relates to my second hunch. I suspect that the communication dynamics of the digital public sphere may have more in common with public diplomacy in the ancient world than contemporary traditional diplomacy in the modern era. Exploring that hunch is for a future Culture Post.

The Greater Eastern Mediterranean and Greece

Note from the CPD Blog Manager: Aristotle Tziampiris is President of the Council for Foreign Relations-Greece (CFIR-GR) and CPD Visiting Scholar. His views in this post are personal, and learn more about his...

The Allure of American Universities Abroad

In a new book published by the American University in Cairo Press, editors Ted Purinton and Jennifer Skaggs look at the establishment of universities around the world modeled after their American counterparts. "These...