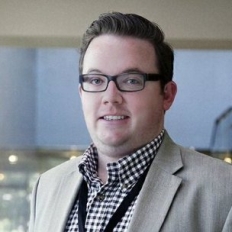 Colin was a CPD Postgraduate Fellow in 2014, during which time he assisted the Center in developing its social media and marketing outreach as well as overseeing the popular PD News service.  Colin graduated from the Master of Public Diplomacy Program at the University of Southern California in 2014. His interests include public diplomacy in Latin America, the U.S.-Mexico bilateral relationship, and public diplomacy in post-conflict and transitioning areas.

Colin received his Bachelor of Arts in Political Science from California State University, San Bernardino, focusing on terrorism and political violence. He has worked for the California State Student Association, National Model United Nations, Anschutz Entertainment Group (AEG), and was an Associate News Editor for Neon Tommy. Colin was also a Researcher for the U.S.-Mexico Network at USC.