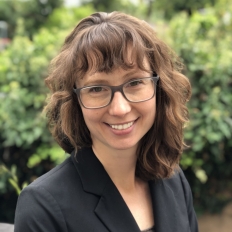 Jesse Pittman is Senior Manager for Development & Partnerships at the USC Center on Public Diplomacy (CPD). Previously, she served as a development officer at the USC Center on Philanthropy & Public Policy at the USC Sol Price School, where she produced The Center’s programming and events and supported fundraising and donor stewardship efforts. She was also Donor Engagement Coordinator at the Downtown Women’s Center, which provides housing and supportive services to women experiencing homelessness in Los Angeles’s Skid Row. She began her career in development as a grant writer with The Public Interest Network, a network of more than 50 state and national grassroots nonprofits committed to strategic organizing for a better world.

Pittman attended Carleton College in Northfield, Minnesota where she earned a B.A. in American Studies with minors in Spanish Language and Educational Studies. As a Fulbright Fellow, in 2012 Pittman served as a language instructor at La Universidad Pedagógica Nacional in Mexico City, Mexico. She holds a Master of Public Policy (MPP) degree from the USC Sol Price School of Public Policy.