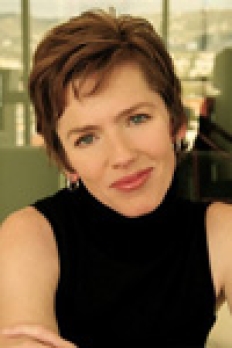 Johanna Blakley is the Managing Director of the Norman Lear Center, a think tank that studies the convergence of entertainment, commerce and society. Based at the University of Southern California’s Annenberg School for Communication & Journalism, Blakley performs research on global entertainment, cultural diplomacy, celebrity culture, digital media and intellectual property law. Much of her work addresses the intersection between entertainment and politics: most recently, she conducted two nationwide polls, with Zogby International, on the relationship between political ideology and entertainment preferences.

Blakley has two talks on TED.com: Social Media & the End of Gender and Lessons from Fashion’s Free Culture. She speaks frequently in the U.S. and abroad about her research and her work has been cited in Reuters, New York Times Magazine, The Economist, The Atlantic, the Los Angeles Times, Politico, Huffington Post, Business Week and PR Week. She has appeared on Good Morning America, MSNBC and Current TV, and on several radio programs, including Planet Money and Marketplace.

Blakley has guided more than forty manuscripts through the publication process at the Lear Center, including Artists, Technology & the Ownership of Creative Content and Warners’ War: Propaganda, Politics & Pop Culture in Wartime Hollywood, to which she contributed an essay on propaganda and public diplomacy. Blakley developed course materials on cultural diplomacy for Annenberg’s Masters Program in Public Diplomacy and she lectures on global and digital entertainment at USC.

She received a PhD in English from the University of California, Santa Barbara, and she has held a variety of positions within the high-tech industry. Blakley frequently contributes to the Lear Center Blog.