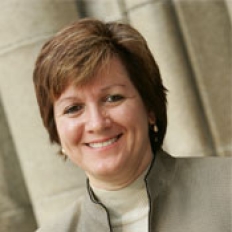 Laurie A. Brand is director of and professor in the School of International Relations at the University of Southern California and a former CPD Faculty Fellow. From 1997-2000 she directed USC’s Center for International Studies. She holds a B.S. in French from Georgetown University and an M.I.A. and Ph.D. from Columbia University. Prior to joining the USC faculty in fall 1989, she was a research fellow and assistant director at the Institute for Palestine Studies, Washington, D.C. A 2008-10 Carnegie Scholar and a four-time Fulbright scholar to the Middle East and North Africa, she is author of Palestinians in the Arab World: Institution Building and the Search for State (Columbia University Press, 1988), Jordan’s Inter-Arab Relations: The Political Economy of Alliance Making (Columbia University Press, 1994), and Women, the State and Political Liberalization (Columbia University Press, 1998); and Citizens Abroad: Emigration and the State in the Middle East and North Africa (Cambridge University Press, 2006). She has published articles in, among others, World Development, International Journal of Middle East Studies, the Middle East Journal, International Journal, Jerusalem Journal of International Relations, and the Journal of Palestine Studies, in addition to contributing chapters to numerous edited volumes. Brand has conducted field research in Morocco, Tunisia, Egypt, Kuwait, Jordan, Syria and Lebanon. She is fluent in Arabic and French and has advanced speaking and reading competency in Spanish, and a basic working knowledge of Hebrew and German. She has served on the boards of the American Institute of Maghrebi Studies (AIMS), the Palestine American Research Center (PARC), and the Middle East Studies Association of North America (MESA) from 1994-96, 2003-5. She served as MESA president in 2004, and she currently chairs its Committee on Academic Freedom.

Her current research explores the role of Arab nationalism and Islam in post-independence narratives in the Arab world.