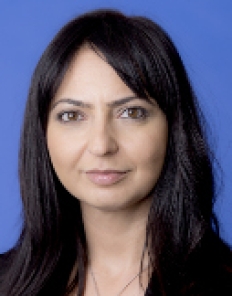 Lina Khatib is director of the Carnegie Middle East Center in Beirut. Previously, she was the co-founding head of the Program on Arab Reform and Democracy at Stanford University’s Center on Democracy, Development, and the Rule of Law. Her research interests include the international relations of the Middle East, Islamist groups, political transitions, and foreign policy. She has also published widely on public diplomacy, political communication, and political participation in the Middle East.

Khatib has published seven books, including Image Politics in the Middle East: The Role of the Visual in Political Struggle (I. B. Tauris, 2013), Taking to the Streets: The Transformation of Arab Activism (co-edited with Ellen Lust, Johns Hopkins University Press, 2014), and The Hizbullah Phenomenon: Politics and Communication (co-authored with Dina Matar and Atef Alshaer, Hurst/Oxford University Press, 2014). Her published journal articles include “Qatar’s Foreign Policy: The Limits of Pragmatism,” “Public Diplomacy 2.0,” and “Hizbullah’s Political Strategy.”

Prior to joining the academic field, Khatib worked in broadcast journalism in Lebanon.

April 25, 2013 - Lina Khatib on Syria's Rebels and Intervention on The Atlantic