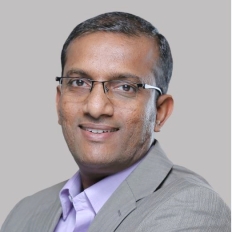 With over 25 years of regional expertise, Dr Narayanappa Janardhan analyzes and unravels the evolving multi-dimensional partnerships between the countries of the Gulf and Asia. As Senior Research Fellow at the Emirates Diplomatic Academy, Abu Dhabi, he also offers diplomats an MA course on Asian foreign policies.

His academic publications include – The Arab Gulf’s Pivot to Asia: From Transactional to Strategic Partnerships (ed., Gerlach, 2020); A New Gulf Security Architecture: Prospects and Challenges for an Asian Role (ed., Gerlach, 2014); India and the Gulf: What Next? (ed., Gulf Research Center Cambridge, 2013); and Boom amid Gloom: Spirit of Possibility in the 21st Century Gulf (Ithaca, 2011).

With a PhD from Jawaharlal Nehru University, New Delhi, Dr Janardhan is Managing Assistant Editor of the Journal of Arabian Studies (Routledge). In his previous stints, he has served as a political analyst in government and private institutions in the United Arab Emirates and India.

He is also an avid sportsperson.