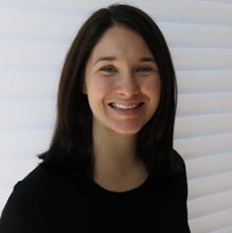 Dr. Sarah E.K. Smith joined the USC Center on Public Diplomacy in 2015 as the Canada-U.S. Fulbright Visiting Research Chair in Public Diplomacy. She holds a doctorate in Art History from Queen’s University in Kingston, Canada, and was awarded the Governor General’s Academic Gold Medal in 2014. She is a Social Sciences and Humanities Research Council of Canada Postdoctoral Fellow at the Weatherhead Center for International Affairs at Harvard University.

She has published her research in venues including TOPIA: Canadian Journal of Cultural Studies and Journal of Canadian Studies. Dr. Smith was a Founding Editor of Shift: Graduate Journal of Visual and Material Culture and Co-Editor from 2008-2010. Her curatorial projects focus on contemporary art, with emphasis on social and politically engaged practices. She was Curator of Contemporary Art at the Agnes Etherington Art Centre in Kingston, Canada from 2013-2014. Significant exhibitions include Sorting Daemons: Art, Surveillance Regimes and Social Control and Conversation Pieces.

Dr. Smith’s research focuses on the relationship between culture, economics and globalization, with specific attention to international cultural relations. Her current research project, Canada and the Americas: Examining Art, Canada-US Relations and Pan Americanism During the Twentieth Century, examines the role that art exhibitions and museums played in the drive for American hemispheric integration. Through examination of three U.S.-based institutions (a cultural centre, gallery and museum), she explores how exhibitions of visual art and arts institutions acted to structure new ways of understanding the Americas, and how national projects were managed under the transnational Pan American grouping.

About the Canada-US Fulbright Visiting Research Chair in Public Diplomacy

Supported by Foreign Affairs Canada and the United States Department of State since 2005, the Canada-U.S. Fulbright Program promotes a deeper and more nuanced knowledge of Canada-U.S. relations and builds mutual understanding between the two countries through high-level academic exchange. The Canada-U.S. Fulbright Visiting Research Chair at CPD is designed to strengthen binational collaborative research on issues relevant to Canada, the United States and the relationship between the two countries. For more information, visit the Fulbright website.