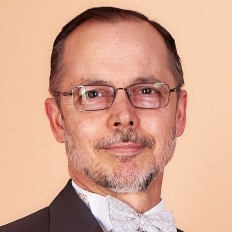 Conrad Turner taught public diplomacy from 2016-2018 at USC Annenberg’s Master of Public Diplomacy program as Senior Visiting Fellow and U.S. Public Diplomat-in-Residence. Prior to that he headed the public affairs sections at the U.S. embassies in Ukraine and Iraq. As Deputy Director, Public Diplomacy in the State Department’s Bureau of Western Hemisphere Affairs, he controlled resources for PD programs in the Americas. Other Foreign Service assignments have taken him to Serbia, Croatia, Kyrgyzstan, Pakistan, Austria, Russia and Belarus. He is currently in charge of cultural affairs at the U.S. embassy in New Delhi.

Conrad’s entrée to PD was as a Peace Corps Volunteer in Sierra Leone, where he worked with village rice farmers. Later, as Exhibit Guide with the U.S. Information Agency in the early days of glasnost, he debated current events and American society with hundreds of thousands of Soviet citizens.

Conrad is a Career Member of the Senior Foreign Service with the rank of Minister Counselor. He has attained fluency in Russian, Serbian/Croatian, French and Sierra Leone Krio. He is the recipient of five individual Superior and Meritorious Honor Awards, a Meritorious Step Increase and the ICASS Outstanding Leadership Award for interagency management.

Conrad earned a master’s degree in Russian from Bryn Mawr College and is an alumnus of Haverford College.