Home|Part I: Make Time for PD 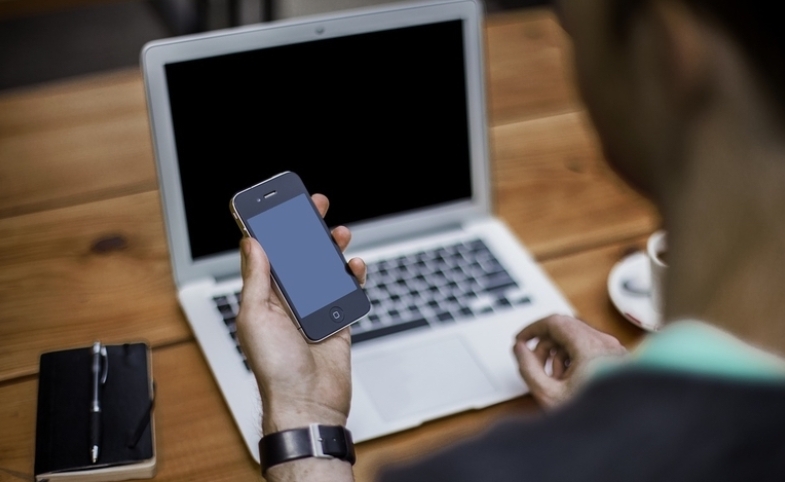 Now that you’ve learned about public diplomacy (PD) as a student, how would you spend your time overseas as a public diplomat? Staring at an office computer? Or kicking around big ideas with the country’s bloggers, journalists and NGO activists?

The choice isn’t as easy as it seems. Getting away from the grind to meet people takes effort and faith in your interpersonal skills. Paperwork will pile up while you’re out, and you’ll lose face time with higher-ups who might get you that next great assignment.

You may decide it’s not worth it.

But those who make time to connect have influence outside the embassy and a voice inside. Your bosses might start out with a narrow view of your duties, or maybe they’re not sure what they want—until they see you can make diplomacy happen. Then they wonder (sometimes aloud) why every officer can’t be that way.

I once arrived in a foreign capital that was in turmoil, replacing a Foreign Service officer with many contacts who proved vital when crisis hit. The ambassador admired him for his street sense, and his departure was a blow. Each morning over those first weeks I could sense the boss scanning me, frustrated I couldn’t offer him the same clout.

In yet other assignments the roles were reversed, or the entire PD section was wired into society, extending the embassy’s reach. Seeing this happen over and over has led me to question the narrow wisdom about public diplomats as wordsmiths on the one hand and caretakers of programs and digital platforms on the other.

Our calling is higher.

As an academic or political concept, public diplomacy is iridescent. It can refer to building relationships abroad or to globalization’s effects on foreign attitudes. Policy makers and analysts might view it through the lenses of breaking news, budgets, broadcasting, or nation-branding. Today it embraces the efforts of citizens to build understanding, bypassing governments entirely.

You’ll find ambiguity within government, too, where field practitioners might oversee technical assistance grants. Or they are press officers, or they run cultural or exchange programs or manage social media platforms… descriptions that say nothing about the principal role of diplomats to defend U.S. and allied security in a complex foreign affairs arena. The result? When you ask PD officers what they do for a living, you might get one of a dozen answers, none of which conveys their mission or the savvy and guts needed to carry it out.

By contrast, Consular Officers—who also do their share of paperwork, events, and public relations—will tell you they protect American lives.

But we do that, too.

Ambiguous meaning leaves the redefining to others. To borrow from lawyer Daniel Webster, an unlimited power to define involves, necessarily, the power to destroy. Without the strength of consensus among field practitioners on their core mission, the practice of PD abroad will be vulnerable to decades of reinventions, bureaucratic creep, and the crisis mentality born of instant media—all of which divert it from its timeless purpose.

How will you spend your time?

Why should this matter to you, an aspiring public diplomat? Because how you define your purpose could determine whether you’re chasing your own tail in an embassy office or out prodding relations to a new level... whether you’re a wallflower at daily meetings or the subject matter expert... whether you’re the Twitter maven or a professional diplomat and, maybe, a future ambassador.

But there’s more at stake than your ambition: American diplomacy can only be at its best when those leading its potent human force make time for their true calling—the activity that makes the difference between status quo and success.

So please commit to memory that the nature of your future Foreign Service work is policy diplomacy: directly and indirectly, today and generationally, public diplomats advance and protect U.S. national interests through contact work with opinion and thought leaders—the women and men of foreign societies who inspire others to act on their higher values.

Your PD is not simply the programs, PR, social media, or messaging that might fill your job description, let alone the clearances or administration or metrics that will occupy your hours, or the other loose things that will slide your way every time a crisis tips diplomacy on its side. It’s not the real or feared media crises that demand our constant attention. And it’s not even the ideal of mutual understanding that transcends politics to ensure peace and progress.

Instead, public diplomats represent their country’s highest aspirations to civil society activists, public personalities, journalists, young, future candidates for political and other offices—and those who educate them—in order to prevent or solve the stubbornest of international problems. By virtue of their expertise, they conduct political diplomacy with education, culture, media, and communications officials. They listen carefully to others to gain wisdom, find common ground, and help our policies work better. They protect their credibility and leverage the resulting trust to stir new thinking. During tough political times, they tend to the relationships that will be essential for getting things back on track.

Then—connected and informed—they guide progress, focusing resources to spark changes that might take years to play out. They keep engaging contacts who hold the real power to weaken false narratives and corrupt practices and do the other things we believe important for U.S. and allied security.

In other words, you as a PD officer will do the same kind of influence-building and listening that colleagues in non-PD career tracks will do with their foreign counterparts. You’ll use your analytical skills and wield whatever tools are available—exchanges, grants, social media, and so on—but those won’t define you any more than pencils, pads, and conference rooms define your colleagues.

And just as other officers will hedge their bets to meet with officials and opposition leaders, you will hedge against time to connect with the promising young leaders destined to replace all of them. Like your colleagues, you will have do other things along the way, but without letting them overshadow your primal purpose. Sure, there will be differences, too. Forget about them. The goals and valued skill sets for policy officers are the same.

But by that measure, if you yield to the pull of your inbox and office chair and don’t make time for the most effective policy diplomacy—connecting with the movers and shakers of society—then you aren’t doing your job.

This is Part I of a two-part series. Read Part II.

Once you become a public diplomat, office work at an embassy could overfill your day. How will you get away to meet with the right people? How will you make time for diplomacy? Screen time v. people time You might say...