Home|Public Opinion & the Demise of U.S. Public Diplomacy in Libya 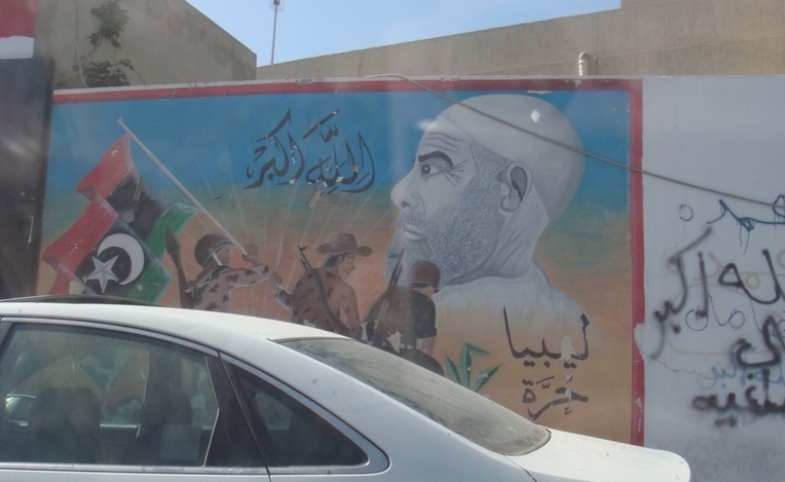 At the end of his term, President Obama stated that one of his greatest foreign policy regrets was not doing more to "follow up" in Libya after the 2011 intervention that helped Libyan rebels topple Muammar al-Qadhafi’s regime. By that time, another kind of regret had set in among some U.S. policymakers. “Libya was better off with Qadhafi” was no longer just whispered, but spoken aloud in Washington, other Western capitals and in public discourse on the Arab Spring.

In the initial period following Qadhafi’s demise, the U.S. approached the Libyan transition with the lightest "footprint" possible, consisting of diplomatic engagement, some assistance to nascent Libyan civil society and limited security assistance. Obama was reticent to entangle the U.S. in another Arab country, especially since he had run on a platform of winding down U.S. involvement in Iraq. U.S. policymakers hoped a democratic transition would take place organically in Libya, despite scholars’ warnings about Libya’s limited state institutions and civil society ravaged by decades of state repression.

One of us (Boduszynski) served as a the first post-Qadhafi U.S. Public Affairs Officer in Libya, and argued to Washington that even in the absence of large-scale nation-building programs, linkages between the Libyan and American peoples were critical given decades of estrangement. Yet, the security situation slowly deteriorated, closing the window on a period of relative stability in which more might have been done to support security and the democratic transition. After the 2012 Benghazi attacks that killed U.S. Ambassador J. Christopher Stevens and three other officials, this limited engagement was scaled back further, owing in part to the political firestorm around the Benghazi events. Libya had become toxic in the minds of many in Washington.

But even before Benghazi, there was an oft-repeated and widely accepted justification for constrained engagement, which stated that Libyans were hostile to outside involvement and that outsiders had little leverage over Libya in the first place. The Benghazi attacks only strengthened this idea, and the appearance around 2015 of an Islamic State affiliate in parts of Libya further drove U.S. preoccupation with counter-terrorism in Libya. Public diplomacy and other foreign policy tools and goals were further sidelined.

Yet in both of our experiences in Libya, we came to question this conventional wisdom, which we argue was born from ignorance and a lack of interaction between Americans and Libyans.

Surveys undertaken as part of the Transitional Governance Project (TGP, conducted by Benstead, Kjærum, Lust and Wichmann with the National Democratic Institute and JMW Consulting in collaboration with Diwan Market Research and funded by the Danish Ministry of Foreign Affairs), showed that 69 percent of Libyans had positive views of the U.S., some of the warmest attitudes toward the U.S. recorded in an Arab country. More than two-thirds of Libyans also had a positive view of France (72%), Italy (70%), the UK (68%) and Turkey (67%). Fewer respondents had positive views of Qatar (48%) and Russia (39%).

In contrast to the notion that Libyans, socialized under forty years of Qadhafi’s xenophobic rule, are hostile to outsiders, Libyans actually sought ties with the West.

Even two years into the transition, the TGP found that Libyans had an almost universal desire for security assistance, with the most preferred partner being the UN (83%) and the least being the African Union (65%).

Gallup and Arab Barometer surveys also back this up. In 2013-2014, the Arab Barometer found that Libyans had nearly the lowest level of support for anti-American actions among North African populations; 61% of Algerians, 49% of Moroccans, 34% of Tunisians and 37% of Libyans agreed that armed operations against the U.S. were justified in response to U.S. interference in the Arab region.

At a recent conference attended by Boduszynski, former top Libyan officials argued that it was a great “fallacy” among Western diplomats working in Libya in the early years of the transition that Libyans did not want help and engagement from the U.S. and the West.

Nevertheless, U.S. public diplomacy never seized on this opportunity or recovered from the Benghazi attacks and the scandal manufactured around them by mostly Republican politicians in Washington as a way to discredit the Obama administration. In contrast to the notion that Libyans, socialized under forty years of Qadhafi’s xenophobic rule, are hostile to outsiders, Libyans actually sought ties with the West.

In 2014, as security conditions deteriorated, the U.S. Embassy moved from Tripoli to Tunisia, and a skeletal public diplomacy shop continues to operate there, with limited outreach and highly scaled-back programs. The situation is unlikely to improve under the Trump administration, which has shown little interest in Libya aside from fighting terrorists there. As a result, another generation of Libyans will now have limited access to U.S. society, culture and values.

One lesson for policymakers in Washington, as we now engage with Libya and look to a post-war Syria, is that policies, particularly ones relevant to public diplomacy, should be driven by empirical evidence. But public diplomacy policymakers also need to deploy such data in favor of a broader approach in fragile states like Libya. Many public diplomacy programs can easily be justified in terms of goals having to do with countering violent extremism.

We see the past six years as a missed opportunity to build democracy-enhancing linkages between Libya and the U.S. and other Western countries, yet we also see opportunities for changing course. In "Competitive Authoritarianism," authors Levitsky and Way argued that democratization benefits from strong linkages (e.g., ties of trade, civil society) with Western countries, and other work shows that economic cooperation can help reduce citizens’ interest in engaging in even economic boycotts of U.S. goods, even if they hold negative views of U.S. culture.

Public diplomacy is perfectly poised to help foster such ties. People-to-people linkages and those between institutions such as universities could help sustain a healthy relationship in the future, even if Libya’s transition falters.

Now that you’ve learned about public diplomacy (PD) as a student, how would you spend your time overseas as a public diplomat? Staring at an office computer? Or kicking around big ideas with the country’s bloggers,...

Once you become a public diplomat, office work at an embassy could overfill your day. How will you get away to meet with the right people? How will you make time for diplomacy? Screen time v. people time You might say...