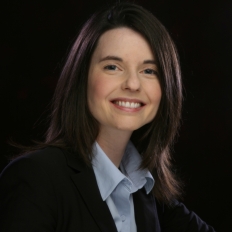 Lindsay J. Benstead is Associate Professor of Political Science in the Mark O. Hatfield School of Government and Interim Director of the Middle East Studies Center (MESC) at Portland State University. She is an Affiliated Scholar in the Program on Governance and Local Development (GLD) at the University of Gothenburg and Yale University, and Contributing Scholar in the Women’s Rights in the Middle East Program at Rice University. She served as Kuwait Visiting Professor at SciencesPo in Paris (fall 2016). Benstead has conducted surveys in Morocco, Algeria, Tunisia, Libya and Jordan and among displaced Somali citizens and is a contributor to the Transitional Governance Project. Her research has appeared in Perspectives on Politics, International Journal of Public Opinion Research, Governance, and Foreign Affairs. She holds a Ph.D. in Public Policy and Political Science from the University of Michigan in Ann Arbor and served as a doctoral fellow at Yale University and a post-doctoral fellow at Princeton University. For more on her research, see https://pdx.academia.edu/LindsayBenstead.