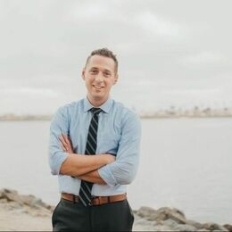 Dr. Joel Day is a Director at the City of San Diego, where he oversees the City’s 49 public policy commissions. He also liaisons as a homeland security advisor on issues of violent extremism and targeted violence, acting as the City’s representative to the Strong Cities Network and other city-to-city diplomatic networks. Day also serves as Lecturer for the School of Global Policy and Strategy at the University of California, San Diego, where he teaches comparative policy in global cities. His current research evaluates how cities implement and advance human security, arguing that cities are creating an epistemic community of practice and norm elaboration on environmental, food, health, political and other everyday forms of security.

Day has conducted fieldwork throughout settlements in the West Bank, with former civil-war combatants in Sierra Leone, and with groups countering extremism in Germany, Poland and Denmark. This research has been published in the Journal of Peace Research, Small Wars Journal, Foreign Policy, Perspectives on Terrorism, Review of Faith and International Affairs and Journal of Strategic Security. His research and commentary has also appeared in Al Jazeera, the Los Angeles Times, NPR, the San Diego Union Tribune, The Hill, Boston Globe, and the Associated Press.