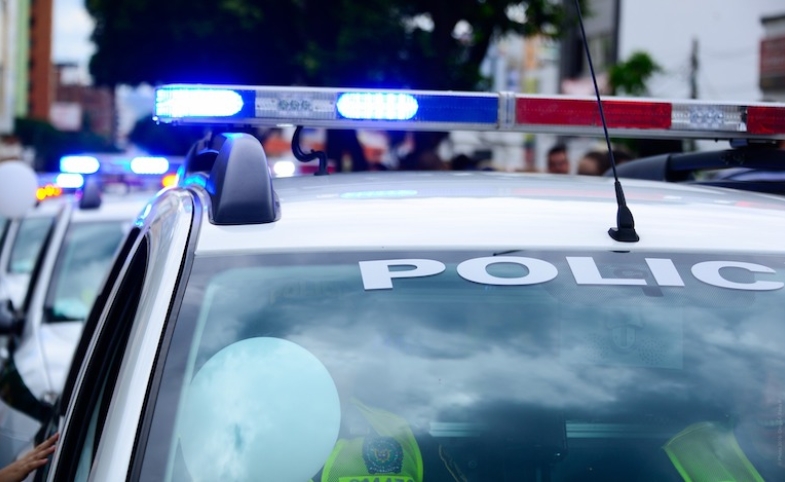 Mayors are on the global stage now, more than ever. The conduct of diplomacy of cities can both reinforce local priorities, frame global policy at the local level and move policy in the face of Washington intransigence. The future of diplomacy runs through cities. Beyond the challenges of climate change or city recovery from COVID-19, recent civic tumult on racial justice and police brutality should also cause local leaders, especially those engaged in city public diplomacy, to ask “how can I use my platform to address systemic injustice?” For municipal offices advising their councils and mayors on international affairs, trade, or intergovernmental affairs, there are several avenues that cities can pursue to leverage city-based public diplomacy to advance racial justice and police reform. This is a pivotal task, especially since American foreign policy has treated policing as a central pillar of nation-building. From setting up colonial police forces in Central American and the Caribbean to police training, recruitment and arming campaigns in Japan, South Korea, Vietnam, Afghanistan and Iraq, policing and diplomacy are inexorably tied. City diplomacy can engage police issues differently.

"City-to-city public diplomacy can lift up local voices and create a global movement for change."

There are now hundreds of city-to-city international organizations that engage any number of issues, from housing and design to gastronomy and LGBTQ rights. However, no single city-to-city network currently exists to provide technical help, collaboration, or a forum for exchange on policing reform. Cities have a platform to lift up the voices of local communities of color to the global stage: Imagine mayors bringing policing justice activists from hundreds of global cities together to advance local voices in concert together. This method of public diplomacy would promote local solutions at the transnational level and create an opportunity for global activists and mayors to share and learn from one another.  Following the US Conference of Mayor’s establishment of a working group on police reform and racial justice, global organizations like the Global Resilient Cities Network and Strong Cities Network could immediately bring together activists and mayors to build comparative understanding around how policing occurs in different contexts but work on shared challenges, similar to the politics of advancing human rights in international relations. City-to-city public diplomacy can lift up local voices and create a global movement for change.

Mayors could pull together a global working group addressing police reform and justice to learn best practices, such as the “8 Can’t Wait” campaign in the US and the Japanese Koban policing model. American cities could learn from Tbilisi, Georgia for example, which participated in a complete dismantling and rebuilding of their police force, as well as cities throughout Europe. In these cases, European cities have instituted many of the reforms that activists in American cities have called for: funding public services, mental health intervention teams, and mentorship intervention strategies. Glasgow, Scotland, for example, had one of the highest murder rates on the continent, prompting the city to adopt a public health approach to violence that hired doctors, teachers, and social workers to intervene person-to-person. Our mayors and justice advocates can also learn in solidarity with activists responding to violent riot responses in Kinshasa, corruption in Kampala, and racist stop and frisk practices in Paris. The fact that global cities grapple with such similar challenges speaks to the value of public diplomacy which allows for local leaders to learn from one another, establish best practices and grow truly global solidarity around issues of race and policing.

Infusing city public diplomacy with an understanding of racial justice is also about recognizing intersections between other public policy areas and racial justice. Mayor members of organizations such as Cites for Adequate Housing led by mayors of Paris and Barcelona, or the Global Covenant of Mayors for Climate & Energy, should use their platforms to bring together local civil rights groups to the table to educate and highlight how housing, economic and environmental justice remain intricately tied with the securitization and surveillance of black and brown communities. More than symbolic gestures, these mayor-led global organizations can lead studies, devote staff time, provide forums for sharing best practices, publicly shame and uplift, and manage the normalization of racial equity as a lens for all sorts of global public policy challenges.

While there are many examples of how cities should work together on the issue, there are also programs that need to be critically re-evaluated. Cities, both individually and through their global partnerships, should disengage from diplomatic exchanges for police departments that increase racial tensions and teach police unnecessary uses of force. The fact that many US police forces have engaged in diplomatic missions to receive training from police forces with disputable human rights records is a cause for concern. Learning tactics of crowd control, surveillance strategies and uses of force in protests from foreign law enforcement found by Amnesty International to engage in extrajudicial killings, illegal surveillance and other dangerous uses of force on protesters, is an inappropriate use of public diplomacy that should be curtailed. Similarly, our police routinely train law enforcement around the world, meaning that our troubling record is being exported. Local taxpayers should not be paying the tab for such misallocation of diplomacy, and mayors and councils must consider that many other opportunities offer a better use of time and city resources.

City diplomacy, like all public policy, is a choice made by officials - that choice should push towards racial justice, not reinforce dangerous police practices. To build this public diplomacy agenda, cities will need to marshal national, global and philanthropic diplomatic resources. The State Department and Foreign Offices around the world must create grant and funding opportunities to bring city leaders together around issues of police reform and racial justice. Other topics and initiatives, such as trade and cultural exchange, receive embassy/consulate-level and national sponsorships of foreign missions, and it should be no different with exchanges on police reform and racial justice.

Never before has a city diplomacy community been so robust. Though nascent, the practice of city diplomacy offers a platform for local officials to further racial justice and fight against police brutality at both global and local levels. Pursuing the strategies listed above will create a space for a community of diplomats and public policy officials to learn from one another and use every tool available to a city, including public diplomacy, to further racial justice and longstanding reforms to policing.

Note from the CPD Blog Manager: This is part of a series by CPD Research Fellow Shearon Roberts on the use of public diplomacy in advancing racial justice and Black racial solidarity. This is the final...