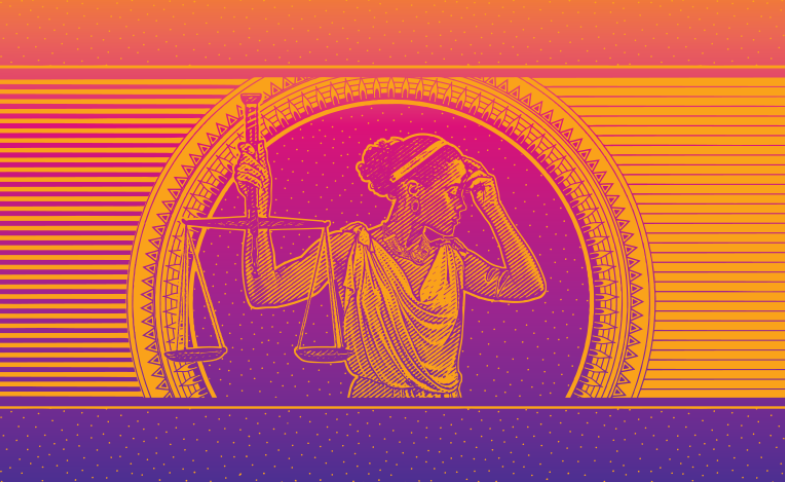 Note from the CPD Blog Manager: This is part of a series by CPD Research Fellow Shearon Roberts on the use of public diplomacy in advancing racial justice and Black racial solidarity. This installment shares the role of Black women in global racial justice movements. Read part 1 in the series here.

Women have often been relegated to the footnotes of major historical moments. For Black women, it has often been an erasure. Historian Darlene Clark Hine wrote in A Shining Thread of Hope: The History of Black Women in America, “Today and tomorrow, we are not the usual subjects of a book of history.”

It was only in the 1990s that history books moved beyond merely presenting Harriet Tubman and Sojourner Truth as the sole contributors to American history by Black women. Hine noted it is rarely acknowledged today that “more Black women served in the Clinton Administration than in any other administration,” occupying positions such as chairperson of the U.S. Commission for Civil Rights (Dr. Mary Frances Berry), U.S. Surgeon General (Dr. M. Joycelyn Elders), U.S. Secretary of Energy (Hazel O’Leary) and U.S. Secretary of Labor (Alexis Herman).

It was not until the 1990s, Hines wrote, that Black women received similar historical documentation as part of wider American histories with the publishing of Black Women in America: An Historical Encyclopedia, which aimed to account for Black women’s contributions and achievements.

Black women have led the global work of social and racial justice movements as non-state actors, and the saliency of this hyper-local work is now becoming central to nation-state policies and global polices.

More recently, when revisiting feminist movements aimed at empowering all women, Black women’s roles in women’s movements were—if not reduced—altogether erased. The popular culture image of both historical and contemporary women’s rights movements often left out Black women, from the suffragists’ movement to the women’s rights movement of the 1960s and 1970s. In the 1800s, Susan B. Anthony and Elizabeth Cady Stanton became the faces of the suffragist movement. Less so, was Sojourner Truth. Truth delivered her “Ain’t I a Woman?” speech at the 1851 Ohio Women’s Rights Convention to elevate Black women at a time when the rights of women were only perceived as being applicable to white women.

On the 100th anniversary of the suffragist movement, women’s rights activist Gloria Steinem noted that while she became the face of 1970s women’s rights movement, it was often Black women who carried the movement. Steinem noted that she “learned feminism disproportionately from black women.” In discussing the erasure of Black women to the movement she became the face of, Steinem reflected in 2015:

“I realize that things being what they are, the White middle-class part of the movement got reported more, but if you look at the numbers and the very first poll of women responding to feminist issues, African American women were twice as likely to support feminism and feminist issues than White women.”

Since 2010, similar erasures continue to occur in contemporary movements. Understanding Black women’s positionality in society and their centuries-old commitment to social justice movements helps to explain why as non-state actors, they champion women’s causes.

Black Women as the Architects of Contemporary Social Justice Movements

Black women remain at the foreground of social justice movements today. As in the past, they receive less media attention for their labor, or the credit for their work is attributed to others. The Black Lives Matter movement was started in 2013 by three African American women: Alicia Garza, Patrisse Cullors and Opal Tometi. Its work first began in response to the acquittal of George Zimmerman in the killing of Trayvon Martin. It has since become a global movement that is described by its founders as “an ideological and political intervention in a world where Black lives are systematically and intentionally targeted for demise.” Its global reach has made it arguably the largest movement in history, according to The New York Times.

The Me Too movement was started by Tarana Burke in 2006. Her initial scope of work was to create a safe space for Black boys and girls who had experienced sexual violence. It was co-opted in 2017 through a viral hashtag that did not initially credit her work in sexual violence, but later turned her work into a global movement for all women.

Across many areas of social justice and inequality, Black women continue to labor as activists and advocates, and oftentimes they have started and maintained this work in obscurity. These areas range from health, education, environment, economic mobility and much more. They include both Black women and Black girls as activists who continue to place these issues in mainstream social consciousness, and due to our digital world, they are achieving global reach.

Black women have led the global work of social and racial justice movements as non-state actors, and the saliency of this hyper-local work is now becoming central to nation-state policies and global polices.

Social justice has been elevated as a human right as a result of such salient movements and has been deployed by governments in their diplomatic bilateral and multilateral talks. In addition to poverty, education, labor and health, social justice is now a metric in determining freedoms around the world for different nations. The treatment of women and girls and the treatment of Black people are now policy areas in which governments now consider in distinct terms as they would have for human rights violations connected to wars or overall economic development.

Within the last decade, Black women’s labor in social and racial justice movements are bearing fruit in international agencies and among governments. The application of racial and social justice advocacy into governmental and diplomatic context today can draw a direct line to the activism of Black women-led movements of the 2000s and 2010s.

Additionally, it is not surprising that discourse around women’s rights today on a global level co-opts the work of a Black woman: legal scholar Kimberlé Crenshaw. In 1989, Crenshaw published “Demarginalizing the Intersection of Race and Sex,” where she theorized and coined the term “intersectionality.” It was originally a framework born out of the experiences of Black women. In fact, Crenshaw wrote in this seminal article on intersectionality:

“I will center Black women in this analysis in order to contrast multidimensionality of Black women’s experience with the single-axis analysis that distorts these experiences. Not only will this juxtaposition reveal how Black women are theoretically erased, it will also illustrate how this framework imports its own theoretical limitations that undermine efforts to broaden feminist and antiracist analyses.”

Black women, Crenshaw wrote in 1989, were the starting point for understanding hierarchies of marginalization across race and gender. Today, intersectionality is a global framework, and it is being adopted by governments and multilateral agencies with little credit to or rooting in Crenshaw’s original framework.

Intersectionality as “everyday lexicon” has been co-opted by UN Women and is used as a tool to advocate for gender equality and to amplify gender equality as a diplomatic framework. Black women’s understanding of their position in global hierarchies of power has made them the most forceful champions of racial, gender and social justice.

As non-state actors, Black women social justice movement leaders today have been able to launch their work into the heart of diplomacy frameworks while not often being invited to the table. Many times, they go uncredited for their labor, and rarely receive support for the groundwork they continue to do.

The world watched an American police officer murder a Black citizen in the vilest way while he cried, “I can't breathe.” Large-scale protests erupted as a result, not just across all our 50 states, but also across the...

Mayors are on the global stage now, more than ever. The conduct of diplomacy of cities can both reinforce local priorities, frame global policy at the local level and move policy in the face of Washington intransigence. The...