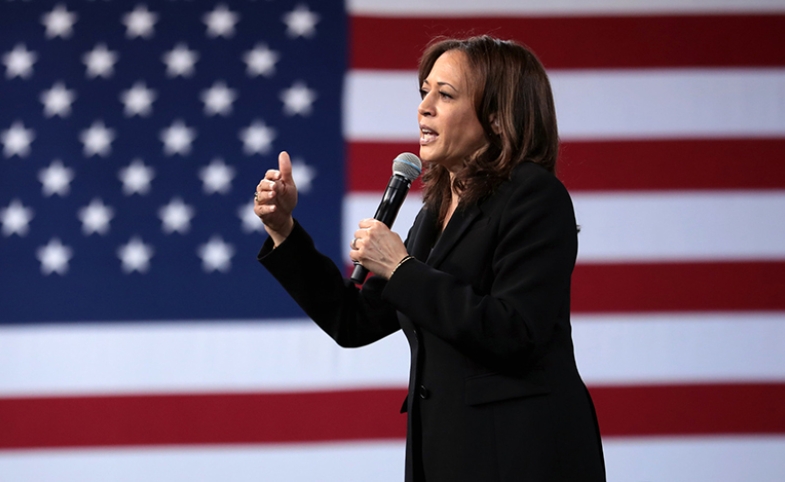 Note from the CPD Blog Manager: This is part of a series by CPD Research Fellow Shearon Roberts on the use of public diplomacy in advancing racial justice and Black racial solidarity. This installment highlights the soft power effect of Black women elected to office in the U.S. Read Part 1 and Part 2.

One of the most powerful public diplomacy tools of U.S. foreign policy is to “sell democracy.” Over the last five years, data showed that citizens around the world remained attracted to the ideals of American democracy while simultaneously criticizing its paradox. As American political scientist Ian Bremmer wrote, “the U.S. has often failed to live up to democracy’s highest ideals.”

“Democracy promotion” by the U.S., according to scholar Giles Scott-Smith, employs the “rhetorical maneuver” that the attainment of “democratic freedoms” is a “universal aspiration” that benefits both “states and individuals.”

It sells to citizens around the world that democracy is a check on authoritarianism, expands voting rights and access, and fosters equitable political representation. During the Trump administration, diplomacy scholars deplored the president’s rhetoric and actions that weakened the U.S.’s ability to promote democracy.

It is important to underscore then, that during this same time, Black women elected officials emerged within the U.S. political landscape as voices and advocates of American democratic ideals. They used their platforms as vehicles for change, often challenged the White House, and their rhetoric in support of U.S. democratic freedoms for all ricocheted around the globe.

“Lifting As We Climb:” Black Women as Political Firsts

On June 5, 2020, Washington, D.C., Mayor Muriel Bowser painted “BLACK LIVES MATTER” in bold yellow stretching down the District of Columbia’s 16th Street leading up to the White House. Bowser said in a TIME Magazine interview that during this time of racial justice protests, “it was my time to defend our city.” Not against protesters, but in response to former President Donald Trump’s decision a few days earlier to move federal troops in to patrol the District, which resulted in the tear gassing of protesters.

Bowser is also a leading voice for D.C. statehood, citing Dr. Martin Luther King: "When any American is denied democracy, our entire nation is denied those voices and votes.” She wrote that she is fighting for the District’s 712,000 residents to “have full access to our nation’s democracy.”

As political actors, Black women elected officials aim to interject into local, national and global spaces in which they were not often included, expanding notions of what American democratic ideals should be.

Bowser is among many firsts for Black women in office within the last five years. She is the second Black woman elected as mayor of D.C. and the first Black woman D.C. mayor to be reelected in 2018 with over 75% of the vote. At the local level, she is part of a wave of Black women elected in the second half of the 2010s to lead major American cities. Bowser joined London Breed (San Francisco), Lori Lightfoot (Chicago), Keisha Lance Bottoms (Atlanta), LaToya Cantrell (New Orleans), Vi Lyles (Charlotte), Sharon Weston Broome (Baton Rouge), Lovely Warren (Rochester), Catherine Pugh (Baltimore) and Yvonne Spicer (Framingham) as firsts. In April, St. Louis elected its first Black woman mayor, Tishaura Jones.

The rise of Black women as heads of major cities occurred at the same time that Black women candidates set a record in the number of races for state and federal offices. In the 2018 midterm elections, 468 Black women ran for office, according to the Black Women in Politics database. Also in 2020, for the first time, more than 20 Black women were elected to Congress, which set a new record. 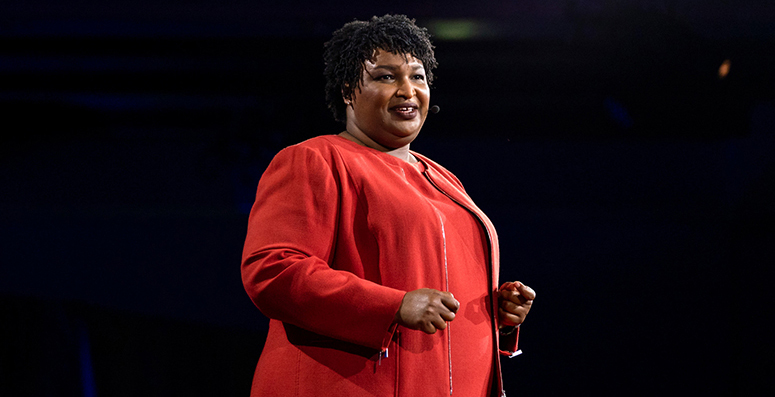 Many Black women candidates came close to being elected on state and local ballots, with the most significant of state races being that of the unsuccessful effort by Stacey Abrams to become the nation’s first Black woman governor in Georgia. In 2020, the nation then elected its first woman vice president, Kamala Harris, who at the time of her election, was the only Black woman serving in the U.S. Senate.

It is therefore noteworthy as an era in U.S. politics that the increased political power on local and national levels held by Black women means that collectively there is political representation for the issues and ideals that Black women have always championed. As historians Darlene Clark Hine and Kathleen Thompson wrote, “Black women in the 1990s taught America new lessons in what it meant to be American. The motto of the nineteenth-century black club-women 'Lifting as We Climb' – took on new meaning.”

As political actors, Black women elected officials aim to interject into local, national and global spaces in which they were not often included, expanding notions of what American democratic ideals should be.

From Vice President Kamala Harris to big city mayors, they introduce and mainstream the language of the lived experiences they have endured and the communities they represent and must legislate for. In her first speech as vice president-elect, Harris noted that Black women are often the champions of democracy because they “are too often overlooked but so often prove that they are the backbone of democracy.” As the highest-ranking elected Black woman in history, she is now tasked to lead the nation’s effort to manage the immigration crisis at the Southern border.

Likewise, Stacey Abrams’ grassroots organizing after her 2018 gubernatorial race defeat expanded voter registration and participation in Georgia that resulted in Harris’ first. Abrams described American democracy as being broken during her concession speech in 2018 and formed a network of voter-activist organizations that worked to restore 800,000 Georgian voters to the official list. The impact of Abrams’ work could be felt all the way to the White House in 2020 with President Donald Trump’s denial of the results of the election in Georgia and in March 2021, the Georgia legislature’s passing of new voting restrictions that echoed the Jim Crow era.

Abrams tweeted on March 25, 2021 that Georgia’s SB202, passed by the state’s Republican-led government, was “Jim Crow in a suit + tie.” She vowed to continue to fight to end voter suppression in Georgia, ending her response with: “For democracy.”

That in 2021 Black women political figures continue to be the most forceful figures for America’s democratic ideals speaks to the Black women’s credo: “Lifting as We Climb.” It pushes the nation to live up to most important political ideology it exports to the world.