Home| City Hall Is the Best Prep for the White House 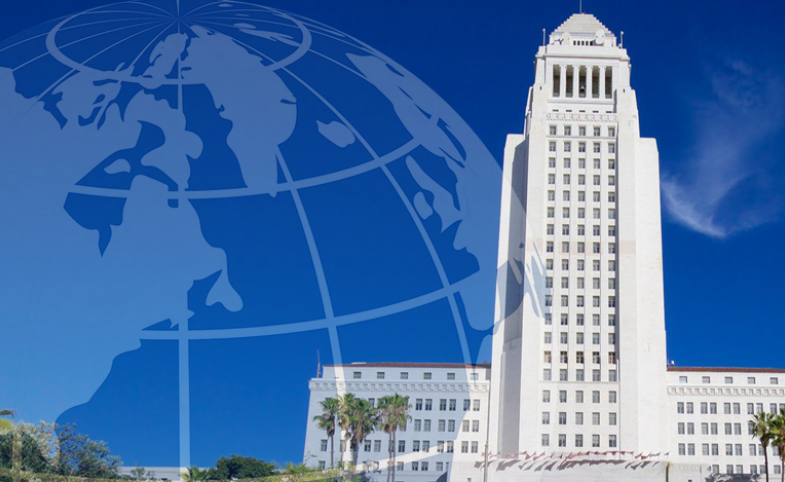 City Hall Is the Best Prep for the White House

Note from the CPD Blog Manager: This article was originally published by Foreign Policy here and is re-posted with permission. Learn about CPD's latest research on city diplomacy here.

In the days after President Donald Trump withdrew the United States from the Paris climate accords, the leaders of U.S. cities stood up against the move. Dozens of mayors—not just in Los Angeles and New York City but also in places like Houston and New Orleans—denounced the president’s decision and committed their cities to climate action plans even more progressive than those of the Paris accords.

This is not the only time mayors have taken action where the administration has failed: On issues such as welcoming immigrants and refugees in the face of federal pressure, housing and homelessness, economic development, and a host of other public policy issues, mayors are leading a global conversation rooted in problem solving, pragmatism, and international partnership. The experience of governing a U.S. city has changed in the 21st century and with that change comes a new dynamic in which mayors’ foreign-policy experience may leave them uniquely qualified for the presidency.

All of them know firsthand that globalization is not a placeless, boundless phenomenon but one deeply rooted in the connections between cities. The sociologist Saskia Sassen has shown that cities are the terrain in which the world is becoming more connected: Through transit, communications, tech, and financial services, our cities are the physical places where we see globalization taking place.

With the rise of this “global city,” as Sassen calls it, the 21st century has also seen the emergence of true international networks of thousands of cities working together on global public policy issues. U.S. mayors have joined hundreds of international city-to-city public policy organizations to share ideas and best practices, collaborate operationally, and advance diplomatic, commercial, and cultural ties.

Cities are the terrain in which the world is becoming more connected: Through transit, communications, tech, and financial services, our cities are the physical places where we see globalization taking place.

For instance, the Strong Cities Network brings together more than 120 cities to work on programs that reduce hate crimes and violent extremism. The 100 Resilient Cities project funds special “chief resilience officer” posts in cities to tackle systemic vulnerabilities from climate to crime and housing stock. The Rainbow Cities Network forges global ties among mayors seeking to build social programs inclusive of LGBT communities. Cities are even working together on promoting culturally centered food-and-drink experiences with UNESCO’s Creative Cities partnership. Gone are the days of cutesy “sister city” symbolic exchanges where a mayor poses for a handshake and then moves on to the so-called real work of paving potholes; mayors now find themselves in the thick of global governance.

These city-to-city global organizations advance policy ideas independent of both the approval and acceptance of national governments. At times, as with climate policy, these cities have made commitments to one another that bypass national governments altogether. The C40 Cities Climate Leadership Group represents nearly 100 cities around the globe that are working on a healthier and more sustainable future and have laid out a more aggressive and robust climate action agenda than the nation-state parallel track.

Those cities account for a quarter of the world’s GDP and some 650 million people—meaning that if they were to take concerted action together, it could prove more effective than any unenforceable U.N. treaty. Essentially, cities provide two pathways for such new methods of global governance to advance.

First, cities can act as principal units of action, allowing larger national governments to put forward differentiated programs at the national and subnational levels. Such a move gives room for industrial development or agrarian centers to address a global commitment in a substantially different way than metropolises. Though many global mayors are cogs in top-down political hierarchies, the rise of city-to-city protocols outside of nationally directed initiatives suggests that these national governments are using city bureaucracies to explore multiple pathways of managing their global commitments.

Second, evidence shows that cities can also act outside of the directives of their governments’ policies by, for instance, pioneering refugee integration in the face of national restrictions, creating localized programs for preventing terrorism, and pursuing their own global connections that may be at odds with national priorities.

That new and important connection between U.S. cities and global public policy could prove pivotal in the 2020 presidential cycle, in which a handful of mayors are trying to separate themselves from their senatorial rivals.

While senators are able to inflate their foreign-policy credentials with committee assignments, congressional junkets, and keynote speeches, mayors have experience with the actual mechanics of dealing with the world.

Take, for instance, Hickenlooper’s leadership in Denver pioneering one of the most progressive expansions of mass transit in the nation—a move looked to by mayors around the world as the gold standard of reducing carbon in big cities. As mayor of San Antonio, Castro pushed for global connections for his city’s innovation, technology, and biomedical industries, and he even led a trade delegation to Israel to forge working agreements between the San Antonio Water System and Ein Netafim, a water utility in southern Israel. Just last year, Buttigieg signed onto the Global Covenant of Mayors for Climate and Energy, in which he committed South Bend to measuring greenhouse gas emissions and pledged to create a climate action plan based on global best practices.

Yet the view of the world from atop city hall isn’t always perfect. The global recession in 2008 hit Denver’s meteoric light rail plans and set Hickenlooper’s goals back significantly. Buttigieg’s presidential announcement in an old Studebaker plant couldn’t be a more clear visual representation for how globalization has left Rust Belt metropolises behind. Mayors simultaneously can be emboldened with greater global relevance while also acknowledging that global failures reverberate back to local neighborhoods. Public policy issues such as human and drug trafficking, immigration, trade disruptions and tariffs, and global counterterrorism all have hyperlocalized impacts that mayors must tackle with local resources.

Furthermore, mayors seeking a promotion to commander in chief could emphasize these challenges so as to highlight their homeland security credentials: While military force posture and readiness to defend territory fall under the purview of Washington, mayors are responsible for residents’ everyday physical security and for building smart critical infrastructure and ensuring environmental and economic security. Even with security challenges such as these, cities are increasingly turning to one another to share best practices and advice, building a global network of leaders working together beyond the traditional national security space.

Mayors have experienced the power of global governance at the local level. This is why the group of mayors and former mayors running for president stands poised to make an argument that places the everyday lives of Americans—paving roads, building houses, starting businesses—at the heart of their global leadership pitch. They could articulate a foreign policy that begins at home and make the case for how the shortcomings of U.S. cities threaten the country’s ability to pursue its interests abroad.

A mayor-led foreign policy would likely maintain that the internal conditions of cities determine the power a country is able to project. In other words, a rising China is best met by investing in neighborhood schools, bridges, and roads, rather than in aircraft carriers and force projection abroad. This is an argument rooted in the idea that America is a stronger ally and fiercer foe when it uses global power to invest in what matters at the local level.

At an early point in Shakespeare’s Hamlet, as the melancholy prince leaves the stage with the ghost of his dead father, a guard remarks: “Something’s rotten in the state of Denmark.” Today, as the princes of our time embrace...