Home|Anti-LGBTQ At Home and Abroad: Is It “Un-American”? 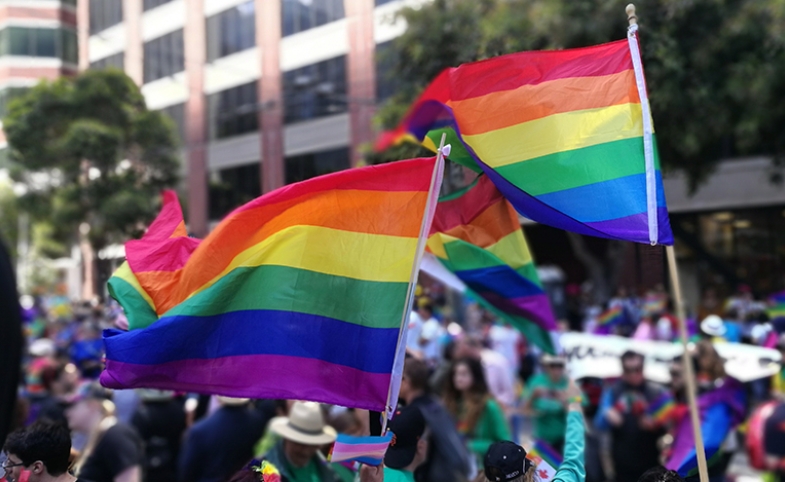 Anti-LGBTQ At Home and Abroad: Is It “Un-American”?

Recently, an assortment of bills have been making their way through U.S. state legislatures nationwide distinctly aimed at limiting the rights of LGBTQ individuals. These bills are part of a GOP-led strategic effort to stoke anti-LGBTQ rhetoric in anticipation of the midterm elections in November. However, they exist in sharp contrast to President Biden’s publicly stated position of open acceptance of LGBTQ individuals. How, then, does this dichotomy play from a public diplomacy angle, where LGBTQ rights are being questioned internationally as well?

In 2022 alone, state legislators have introduced over 200 anti-LGBTQ bills, most of which target trans youth. In Idaho, for example, HB 675 would make it a felony to provide hormone treatment to minors who identify as trans, along with making it illegal to seek such care outside of the state. Iowa Governor Kim Reynolds recently signed HF 2416 into law, forbidding trans student athletes from participating on teams that match their gender identity. Under consideration in Tennessee is SB 1861, which would require verification of all student athletes’ “biological sex” and would revoke funding from schools refusing to participate.

Perhaps the most infamous example is Florida’s “Don’t Say Gay” bill, which was recently signed into law by Governor Ron DeSantis. The bill forbids instruction in classrooms about topics surrounding sexual orientation or gender identity. It has come under fire on a large scale, with companies like Disney with huge operations based in Florida being forced to publicly condemn the bill and support their LGBTQ staff members who would unfairly face the consequences of the actions of state lawmakers.

These examples barely scratch the surface of the overwhelming surge in anti-LGBTQ—and more specifically anti-trans—legislation being seen in many states nationwide. It would be easy to deduce, then, that the United States is openly shifting its social positions to the right and becoming less of a safe space for LGBTQ people.

President Joe Biden, however, has remained firm in his public support for the LGBTQ community and his public condemnation of these bills. He made a historic statement last year on Trans Day of Remembrance, when he called the bills “bullying disguised as legislation” and notably classified them as “un-American.”

Describing bigotry as un-American is key not only to Biden’s domestic strategy, but his public diplomacy strategy. The United States has been regarded as among the safest places in the world for LGBTQ travelers, and the messages touted by the president about equality and inclusion have long been core messaging principles of American democracy. How, then, does America reconcile its external objective of promoting equity with what is happening within its own borders?

If President Biden wants to position the United States as a leader from a soft power standpoint in the fight for democracy and against authoritarianism, he must also look inward and ensure the fight for equal rights is being supported domestically.

This problem is not isolated to the United States, either. The United Kingdom, another prominent democracy that espouses similar egalitarian values, has seen a steady annual rise in hate crime activity based on sexual orientation.

This conversation has become relevant again on an international level in part due to its historical context in dividing the East and the West. Tolerance of LGBTQ individuals has often been seen as “symbolic shorthand for political difference between zones of Russian and EU influence,” according to Graeme Reid, director of the Lesbian, Gay, Bisexual, and Transgender Rights Program at Human Rights Watch.

LGBTQ Rights on the Global Stage

These differences are obviously on display on the world stage right now as Russia’s invasion of Ukraine has forced a reckoning around a binary of autocracy and democracy, and what key principles each form of government recognizes as important. On the topic of LGBTQ issues, however, Russia has been clear, as President Vladimir Putin has been waging an "all-out assault on the LGBTQ community" over the past two decades.

Even prior to the invasion of Ukraine, Russia has come under fire for its anti-LGBTQ practices. Earlier this year they filed a lawsuit attempting to “liquidate” a prominent LGBTQ rights group in Russia that the government felt was promoting activities that went against “traditional values.” We have seen similar openly anti-LGBTQ rhetoric from autocratic governments throughout Eastern Europe including Poland and Hungary.

Thus, as President Biden works hard to condemn anti-LGBTQ lawmaking happening on the state level while condemning authoritarian rule overseas, there is a difficult reckoning that must occur. The United States loses more and more of its credibility as a leader in the fight for equality the more of these laws go into effect across the states. If President Biden wants to position the United States as a leader from a soft power standpoint in the fight for democracy and against authoritarianism, he must also look inward and ensure the fight for equal rights is being supported domestically.

While the president has little power over the individual actions of state lawmakers in all 50 states, he does have a tremendous amount of power in shaping the national agenda and setting the tone for American policy, both domestically and abroad. If there is continued inaction in curbing the rise of homophobia and transphobia in established democracies, it remains to be seen the lasting soft power impact on how that positions democracies, most notably the United States, within the international conversation around protections for LGBTQ people.