Home|Britain at a Diplomatic Crossroads With Brexit Blues 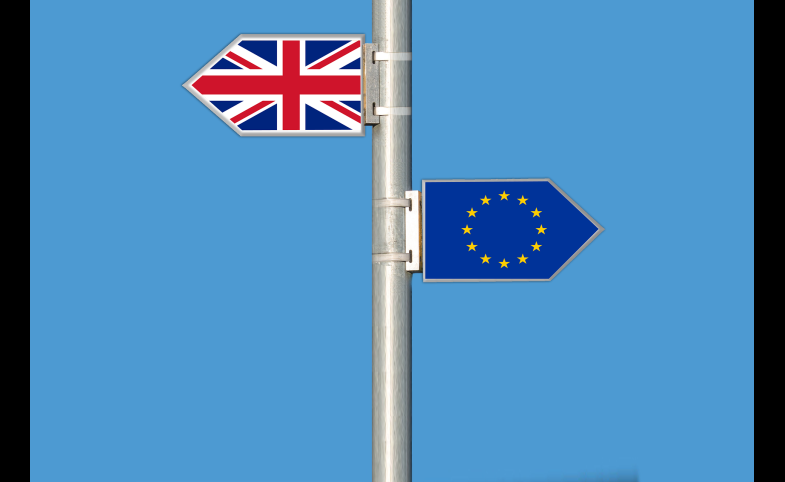 Britain at a Diplomatic Crossroads With Brexit Blues

There is a chirpy British quip one might hear from a London cabbie when meeting someone lost in worry: “Cheer up, mate. It may never ’appen.” The prospect of Britain leaving the European Union has millions of people—including some of those who voted for the Brexit—hoping that it never actually “ ’appens.”

For Britons like me who live overseas, the strength of feeling against EU membership has come as a shock. Though the “Euroskeptic” tendency has been one of the major dynamics in British politics since the Margaret Thatcher years, it always seemed a preserve of a small inward-looking wing of the Conservative Party and not a mainstream sentiment.

The news from Britain was initially befuddling, like calling home to Mum and hearing: “Dad’s started drinking again and decided to take up juggling with chainsaws.” Did we hear right? For many of the generation raised in the 1960s, the suggestion seemed like a reversal of the dynamic of history. Rising meant converging. The future was union, and only the timing was moot.

To be sure, the debate excited a limited section of the population, when it was expressed in terms of rules and the net gains and losses of Britain’s presence in the union. But the Leave campaign found a nerve on which to work. The lure of proposals—however vague and ill thought through—to make a country great again and build walls against foreigners is one that can seize any nation, especially when nothing better seems to be on offer.

So it has been with Vladimir Putin’s Russia, Xi Jinping’s China, Shinzo Abe’s Japan, and Recep Tayyip Erdogan’s Turkey.

So it was with David Cameron’s Britain.

So it may yet be with Donald Trump’s United States.

The Brexit referendum, which began as a political gambit by the prime minister to silence his own Euroskeptic wing and defeat the challenge to the Conservative vote from the UK Independence Party, gained a life of its own and delivered the result of June 23.

The vote was a clear example of the role the public can have in the realm of foreign policy. But it stands at the end of a much more complicated story: the interplay between opinion and leadership, in which the people have been the drivers and passengers. This story is bigger than Britain.

There is a saying in the military that the best way to capture a bridge is both ends at the same time. The European Union began this way. The initial push to cooperate was driven from both the top end by visionary statesmen like Jean Monnet and Robert Schuman and from the grass roots by ordinary people, who could see the need for Europe to move beyond its bloody centuries of fratricide and find a better way. There was a European dream of peace and prosperity in a context of distinctiveness, diversity and difference.

The United States government was godfather to the process. Its postwar propaganda machine produced much material in support of the idea of European integration during the Marshall Plan and for the decade thereafter. It made sense to build a united alternative to communism on the doorstep of the Soviet empire. And so the institutions of the new Europe took shape.

Britain wasn’t wholly part of this message initially. Unlike its continental partners, Britain had not been occupied during the war (by an enemy, at least) and survived the conflict with three avenues for its diplomatic development—trans-Atlantic, Commonwealth and European—all of which its governments pursued simultaneously. But by the 1970s, the priority was clear. The British referendum of 1975 was a resounding endorsement of a future in Europe. But in the years that followed, something went wrong.

Part of the problem lay in Brussels. The EU, as it came to be known, did a poor job of listening to, or selling itself, to existing members. The rejection of the new EU Constitution by the French and Dutch people in 2005 gave an early warning of the gap that was opening between the leaders and the led. The abysmal EU pavilion at the 2015 Milan Expo was the latest in a long line of missed opportunities to remind people of the European dream.

Part of the problem lay in Westminster. British leaders, beginning with Thatcher, have been happy to take credit for the successes that should have been shared with Europe. But this type of reaction has left Brussels with the blame for irritations and when things went wrong. Many fellow leaders of EU nations did the same.

This was not the case with the devolved governments of Scotland and Northern Ireland, which gave full credit for infrastructure and other projects to Europe, when appropriate, perhaps seeing the development of a European level of consciousness as a helpful way to finesse their local identity issues.

For Northern Ireland, being European was an identity—one of the first in modern times—that Catholics and Protestants could share.

It was different in England. Former Prime Ministers Thatcher, John Major and Gordon Brown all dropped the ball. Moreover, as Timothy Garton Ash pointed out in his recent Guardian column, while Tony Blair spoke on several occasions about the importance of Europe, these speeches were made overseas and not directed at the British people. Blair’s priorities for British public diplomacy were climate security, counterradicalization and building the knowledge economy, not keeping his own people in Europe.

The case deserves to become a key reminder that diplomacy has an essential domestic dimension. Part of the problem lay with the Remain campaign, which failed to hit its stride and sell the positive story—a precondition for successful counterpropaganda—remaining mired in lackluster rebuttals of tendentious, but no less emotive, Leave claims.

As Joseph Nye of Harvard has taught the world, success in contemporary diplomacy depends on the quality of reputation he dubbed “soft power.” This has been one of Britain’s great strengths. The country has been riding high after successful exercises in paying rent on its reputation such as hosting the London Olympics of 2012. Britain’s national brand has long included an understanding of the country as being a good friend, dependable ally and trusted partner, underneath its claims to spectacular and even idiosyncratic distinctiveness.

But this virtue of partnership has been largely unspoken in public roll calls of national strengths. Since the election of Prime Minister Cameron’s Conservative government in 2010, the U.K. has presented itself to the world under the banner of the “Great” campaign. A tenacious unit at Downing Street has coordinated the country’s international self-presentation under a small number of categories: “Heritage is Great Britain,” “Creativity is Great Britain,” “Culture is Great Britain” and so forth.

The case deserves to become a key reminder that diplomacy has an essential domestic dimension. Part of the problem lay with the Remain campaign, which failed to hit its stride and sell the positive story—a precondition for successful counterpropaganda—remaining mired in lackluster rebuttals of tendentious, but no less emotive, Leave claims.

Sadly, there was no “Cooperation is Great Britain,” although the British role in multilateral organizations—be it the United Nations, the EU, NATO, the Commonwealth, the International Criminal Court or the Council of Europe—is one of its great strengths. More than this, the country itself was a cooperative project, and the dramatic split between England/Wales and Scotland/Northern Ireland over the issue of Europe plainly threatens the “united” part of the United Kingdom. The man behind the Great campaign, David Cameron’s former communications tsar Steve Hilton, was one of the Brexiteers crowing in front of BBC News cameras as word of the vote results broke on June 24. Maybe his successors will be able to claim: “Democracy is Great Britain,” even though the reality seems to be “Xenophobia is Great Britain.”

The truth is, Britain has always had impulses to cooperate and to isolate. The tragedy is that the Brexit referendum took a snapshot of opinion at an extreme moment of the pendulum swing. Now we have to live with the result.

It is a convention of that great American art form the animated cartoon that gravity can be momentarily suspended. Characters who run off a cliff or saw through the branch on which they are sitting are allowed a moment in space to contemplate their situation before their plunge into the canyon below begins. Britain is living such a moment. Minds are racing. Will Scotland sidestep to safety? Will the European Union’s reaction allow a reassessment of some kind?

It takes a 60 percent majority vote on a clear set of proposals to join the EU. Perhaps an argument will be made by whoever succeeds David Cameron, who resigned in the wake of the Brexit results, that a similar standard should be applied to the terms of excession.

In the meantime, Britain hangs in midair, eyes darting back to a lost point of safety and down into the abyss.

Cheer up, mate. It may never ’appen.

Note from the CPD Blog Manager: This piece originally appeared at Truthdig.

The UK's EU Referendum and its Lessons, Part 2

Note from the CPD Blog Manager: This blog is part two of a two-part series. You can find part one here. Are 52% of the British people xenophobic? There were controversies in terms of migration created by...

There is increasing evidence that we may end up with a hard Brexit. Britain will activate Article 50: the UK will retain control of its own borders, but without access to the single market or European passporting for its...