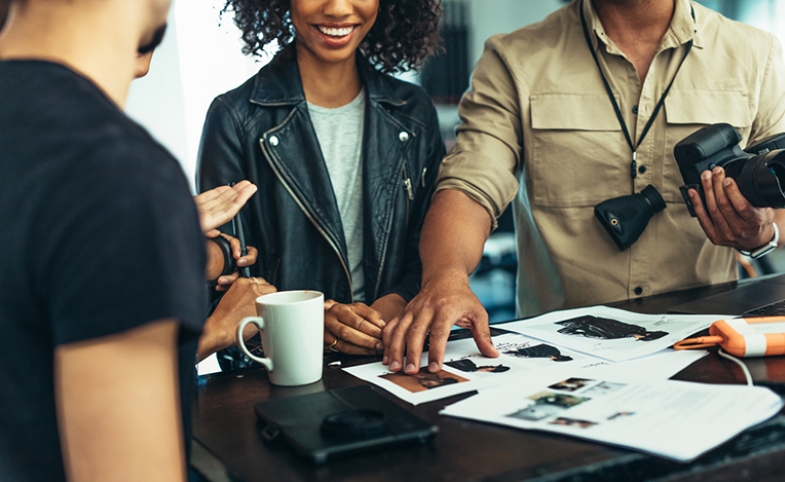 Note from the CPD Blog Manager: This piece is written as a case study of the significance and challenges of a recent Black History Month UK project with the British Embassy in Japan led by the author.

The global spread of the Black Lives Matter movement in 2020 alerted governments, corporations and individuals alike to the pressing need for institutional and cultural reform to combat anti-Black racism and accelerate the promotion of diversity and inclusion (D&I) initiatives. A summer of protests in the UK were particularly characterized by debates and even clashes over how Britain commemorates its past in the national curriculum and through the physical landscape.

Within the UK’s Foreign Office (FCDO), a landmark 2018 report, Black Skin, Whitehall: Race and the Foreign Office, revealed that despite a fraught history of overt and covert forms of racism in the 20th century, a 21st century commitment to a policy of “diversity of thought” is reflected in new approaches to the FCDO’s talent pipeline, tackling discrimination and creating an inclusive culture in the workplace.

Yet, while the image of Britain is domestically undergoing a reevaluation, externally, the narrative of Britain remains largely unchanged. As emphasized in the Whitehall study, it is the “Foreign and Commonwealth Office whose history is most emblematic of empire” and has always been an “important arbiter of the type of person eligible to represent Britain to the world.” Extending a “diversity of thought” policy beyond internal D&I initiatives and incorporating this approach into the UK’s outward-facing public diplomacy strategy, then, remains a major challenge and blind spot.

Japan’s image of the UK is emblematic of a stereotypical vision of an illusory quintessential “Englishness” that is homogenous, impervious to outside influence, and remains untouched despite centuries of global interactions.

Largely shaped by earlier encounters during Japan’s opening during the mid-late 19th century, Japan’s present-day picture of the UK is still overwhelmingly dominated by images of afternoon tea sittings, the royal family and manor houses in the English countryside. From Harry Potter to Beatrix Potter, Downton Abbey to Abbey Road, Queen to the Queen; to repurpose the title of Paul Gilroy’s classic study of race in Britain, “There ain’t no Black in Japan’s Union Jack.”

I initiated a collaboration with the British Embassy in Japan on their first-ever Black History Month UK campaign for October 2020. In particular, I proposed that portions of the content be produced in dialogue with Japanese students at Rikkyo University, who are members of my “Afro-Japanese Encounters” class. This highlights the importance of cross-sector collaboration in public diplomacy activities overseas: both in order to ensure that the necessary expertise is available, as well as taking steps toward developing activities alongside the local public in a “network-based PD approach” that prioritizes co-creation with foreign publics rather than a unidirectional model of fixed target audiences receiving sponsor-based communications.

Our campaign produced a package of Japanese-language digital content: an article about Black British culture with resources to learn more, a video introduction shared via social media, and a Black History Month UK Spotify playlist curated by my Japanese students who selected songs that they believed would appeal to a Japanese audience.

The campaign centered on celebrating Black British history, culture and individuals. This was an intentional decision to shift the focus of Black History month away from topics of anti-Black racism, as traditionally PD initiatives that center on the experiences of Black people tend to focus on educational activities related to race and discrimination. Unintentionally, it perpetuates a dynamic where blackness is only recognized as part of the national narrative when asked, as W.E.B Dubois once put it, “How does it feel to be a problem?”

The first hurdle we encountered was the lack of Japanese language materials on or offline to provide links to so that people can learn more about the topics shared in the article. The biggest challenge came when attempting to add visuals to the video and article.

The particular challenges associated with this case study draw attention to the importance of incorporating a “diversity of thought” approach into outward facing PD initiatives.

The stock images available to the Embassy did not reflect the message of the piece. On the contrary, the images often ran counter to what we were trying to communicate. Firstly, the stock images rarely featured Black people, or when they did appear, they were often on the peripheries of the photos as extras rather than the main subjects. Next, aside from avoiding the familiar stereotypical tropes of an overemphasis on the “physical” attributes of Black people as expressed through a disproportionate amount of images of Black athletes or entertainers, we also encountered the unique challenge of how to reconcile Black and British identities through our non-verbal communication strategy.

Reflecting on the stock images of scenes in Britain where Black people were included, they were frequently engaged in activities (such as the ever-present afternoon tea) or placed as lone extra individuals in settings that reify images of Britain being a white mono-culture.

Writing about such attempts to place visual signifiers of British civilization onto isolated Black bodies in order to assimilate them into the nation, Gilroy asserts, “Blacks are being invited to forsake all that marks them out as culturally distinct before real Britishness can be guaranteed” (Gilroy, 2002, p. 65). In other words, Black and British are positioned as mutually exclusive categories, or what Olusoga describes as an impression of an “impossible duality” (Olusoga, 2017, p. xvii). Without a broad selection of stock images that accurately represent the story we were telling of being Black and British, we had to get creative with our digital diplomacy toolkit.

We committed to intentionally seeking out and selecting photos that displayed success and a diversity of experience within blackness. We chose a photo of the Olympic gold medalist Mo Farah triumphantly draped in the Union Jack, the prize-winning journalist and author of Brit(ish), Afua Hirsch, and I provided a photo of myself at an awards ceremony for Black students in the UK. The particular challenges associated with this case study draw attention to the importance of incorporating a “diversity of thought” approach into outward facing PD initiatives.

Extending this intentionality to a video interview, we collaborated with Blay Vision, a producer of grime music, a genre that originated within Black urban communities in London, to provide the background music. Adding this sonic dimension created a cohesive and immersive atmosphere; it communicated an integrated message of Black Britishness. This was an alternative narrative of a diverse and inclusive vision of Britain that the Japanese public had yet to experience. We sent new waves from Britannia.

Gilroy, P. (2002). There Ain’t No Black in the Union Jack (Routledge Classics). Routledge.

Note from the CPD Blog Manager: This article is republished from The Conversation under a Creative Commons license. Read the original article. Soon after returning to power in 2012, Japanese prime...