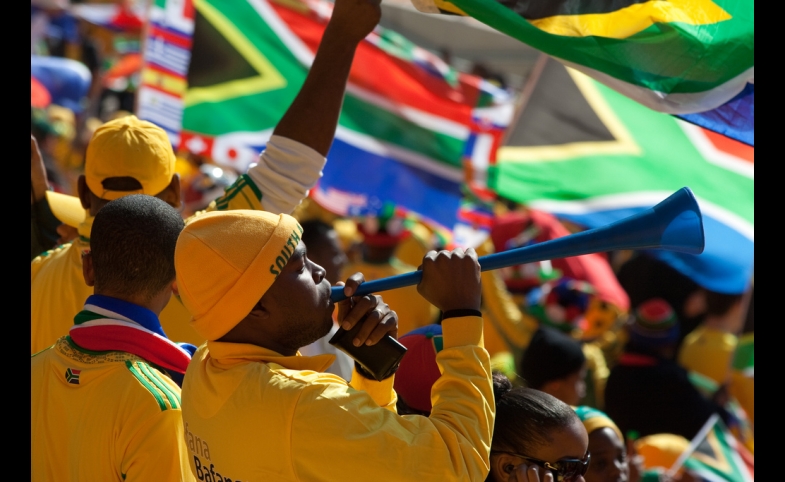 In the weeks since the U.S. Department of Justice’s 49-count indictment, including charges of corruption, money laundering, bribes, and kickbacks against members of the soccer’s global governing body FIFA, public relations teams have scrambled to save face. FIFA’s various marketing and advertising partners have endeavored to tow a line of safe distance from the very sport entity from which they so fiercely competed to purchase sponsor rights of affiliation.

But the risk associated with branding is not just a corporate worry, it is also a concern shared by nations. While the U.S. Department of Justice (DOJ) report details $150 million of FIFA corruption schemes that involve geographic regions and actors that span the globe, two particular nation states ­– Qatar and South Africa – particularly witnessed their sport and nation branding strategies quickly becoming mired in disaster.

Though co-linked in scandal, the nation branding aims – and now also reputational woes – of South Africa and Qatar are quite distinct.

The Lure of Sport Diplomacy

For nations, hosting global sporting events like the World Cup seems to promise a medium for creating and communicating national identity. While such nation branding objectives may be about domestic agenda, policy, and solidarity, nation branding through sport is in equal measure a strategy to communicate to global publics and states, as well as transnational corporations. Sport diplomacy provides states a powerful tool by which to accrue legitimacy and soft power while also attracting desired trade relations, partners, and foreign direct investment.

Whether a nation desires to put itself on the global map or project certain national images of normalcy, competency, and legitimacy, the FIFA corruption scandal offers an abrupt cautionary lesson.

The expectation for states is that sport will deliver hopefully favorable nation branding possibilities. However, as the unfolding FIFA scandals have shown, there are also serious dangers. As nation states turn to commercial strategies of self-promotion and identity building, they simultaneously make themselves vulnerable to the PR risks and the possibility of corrupt dealings and money handling.

By hosting prestigious sport mega-events and aligning itself vis-à-vis sponsorship with iconic champion-caliber soccer teams like FC Barcelona and Paris Saint Germain, Qatar has seized upon sport as a strategy to emerge as a player on the global cultural stage.

Qatar’s ambition to distinguish itself via a sport development and diplomacy route reached a peak when the nation was selected to host FIFA’s 2022 World Cup.

To be sure, Qatar’s hand in premier sport and soccer, in particular, has not received full applause or doting media attention. Besides a climate capable of rising to 120 degrees, making Qatar not ideally suited for healthy or elite sporting performance, Qatar first emerged in particularly deviant light for its utter failure to prioritize basic human rights, namely the labor rights of the immigrants it has recruited to build the purported state-of-art stadiums for its hosting of World Cup 2022.

The DOJ’s FIFA indictments have served only to intensify the negative awareness – even vilification – of Qatar. One of 12 of the current corruptions schemes detailed in the DOJ report points directly to Qatari FIFA members.

In 2012, Qatari FIFA member Mohamed Bin Hammam was banned – for a second time – from FIFA and football for life after trying to buy his way into the “elected” position of FIFA President by paying a number of FIFA members $40,000 cash for their votes. Whether Bin Hamman’s actions were rogue or not, the scandal damages Qatar’s aspirations of nation branding through sport endeavors.

With the end of apartheid in 1994, South Africa’s newly elected President Nelson Mandela gave modern voice to the conviction that sport can be a source of positive social change and inclusion.

As the first African nation selected to host the World Cup, South Africa’s 2010 World Cup was celebrated as both a national and continental opportunity both to correct stereotypes and forge new stature and relations internationally.  The World Cup helped outlay a nation branding legacy in which a post-apartheid South Africa could show itself as truly democratic global power, while also rewriting its crime reputation in a fashion that might better attract tourism and foreign direct investment.  It was during this World Cup that South Africa first obtained a non-permanent seat on the United Nations Security Council in 2007. South Africa again secured this UN Security Council seat in 2012.

In response to the DOJ’s accusations implicating South Africa in a $10 million bribery scheme said to have secured its hosting of the 2010 World Cup, South Africa Minister of Sport, Fikile Mbalula, initially issued a statement categorically denying the charges:

“Our hands are clean, we are very clear about how this was executed within our policy of diaspora, and it was above board.”

But as the details of the investigation have unfolded, South Africa’s posture has changed from one of out and out denial to one more admitting of having been abused and embroiled in a corruption without it fully knowing.

Qatar and South Africa are two very different nations implicated in the shady money dealings involved in the business of FIFA’s governance of the world’s so-called “beautiful game.”

Whether a nation desires to put itself on the global map or project certain national images of normalcy, competency, and legitimacy, the FIFA corruption scandal offers an abrupt cautionary lesson.

Sport is not a clear bet for nation branding. Sport diplomacy’s attractiveness can mask reality.

Nations, like corporations, ought to better pause before drinking the Kool-Aid of sport’s dreaminess and good.

Note from the CPD Blog Manager: This article is also featured at Fields of Green, a partnership between USC Sports Business institute and USA TODAY Sports that provides daily content on sport business and finance.

Rook Campbell
CPD Blog Contributor
Adjunct Professor of Political Science, Communication and Diplomacy, USC
YOU MIGHT BE INTERESTED IN...

The latest issue of Sport in Society focuses on “Sport and Diplomacy” and explores the interrelationship between international sports and diplomatic studies since they both have a global public dimension to them...