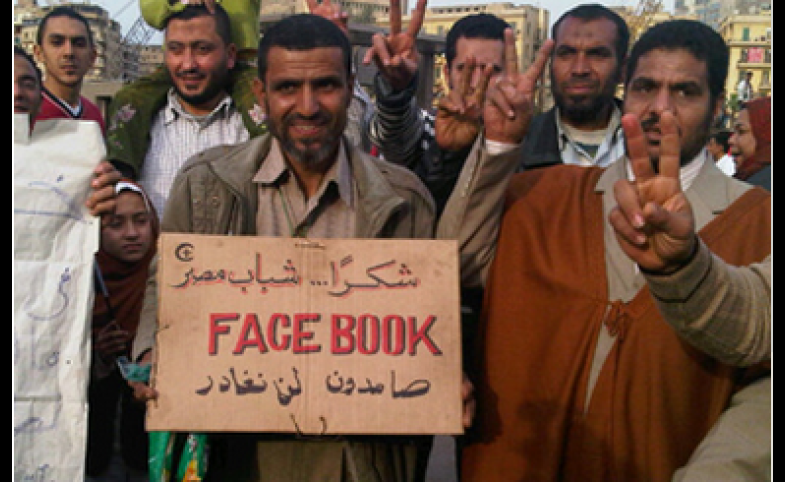 A new book by Naomi Sakr, Transformations in Egyptian Journalism (I.B. Tauris, 2013), should be required reading for American public diplomacy specialists who want to engage Egyptians through the media. Bilingual Sakr, a media policy professor at the University of Westminster and director of its CAMRI Arab Media Centre, draws on new research and decades’ experience tracking Arab media trends to offer a readout on how Egyptian journalists and their employers have been struggling and coping yet also innovating since the 2011 revolution. For those who believe that part of America’s public diplomacy strategy in Egypt should involve supporting indigenous media that share American values, Sakr’s book provides guidance on whom to engage and what types of support they need most.

Independently minded journalists and bloggers achieved notoriety in Egypt as early as 2005, Sakr writes, in the wake of Egypt’s rigged parliamentary elections. With the onset of revolution six years later, these voices tried to take advantage of the collapse of dictatorship to launch no-holds-barred media ventures, largely online, some of which relied on citizen journalists to provide reporting and footage which no state media venture would print or air. British-Egyptian actor Khaled Abdalla told Sakr that Egypt’s was the first revolution in world history to be “filmed by its people rather than by a news organization.” Meanwhile, state-controlled media briefly fostered the delusion that no revolution was taking place -- a scandal on par with the notorious state media claim back in 1967 that Egypt was winning the “Six-Day War” against Israel, American University in Cairo journalism professor Naila Hamdy told Sakr.

New media upstarts, many of whom had been experimenting with Web TV and other Internet-based ventures, faced a backlash after Mubarak’s fall despite widespread enthusiasm for their work. Egypt’s Supreme Council of the Armed Forces (SCAF) moved to block all criticism of the military establishment and sow fears that local media were in cahoots with foreign elements. Among the international NGOs memorably shut down and raided by the army in February 2011 was the Washington-based International Center for Journalists, which had been providing training and capacity building to local media under the leadership of an esteemed veteran Egyptian reporter. The army move was of a piece with Mubarak-era clampdowns, which had also been sold to the public as a response to “foreign conspiracies.” But Sakr documents the extent to which Egyptian journalists, as well as their audiences, see through these bogus claims today: They appreciate American and other outside sources of support for local media and want more of it. Egyptian media interviewed by Sakr tend to disdain short-term training sessions offered by some international NGOs and prefer other forms of support -- such as pressure on the Egyptian government to liberalize media laws, and financial and strategic investment in nascent media companies to enable the possibility of eventual self-sustainability.

But what sort of media ventures should Americans engage as partners? The book counsels avoidance of shrill, point-counterpoint programming, which furthers political polarization without “expanding the amount of verified information citizens need to make sound choices.” It also advocates for Egyptian investigative reporting that shames government and the private sector into mending their corrupt ways. Missing from Sakr’s assessment, however, is recognition of the importance of positive coverage of those Egyptians who deserve it. In environments where government is weak, opaque, or lacks a separation of powers, it does not follow that the exposure of wrongdoing through investigative reporting will usually lead to its redress. Under such circumstances, reportage on corrupt practices by itself can sometimes have negative consequences: It may reinforce the public’s sense of powerlessness and defeatism, which in turn further enables corrupt forces to behave with impunity. Investigative journalism should be supplemented by coverage of present-day “heroes” of Egyptian society -- and there are many --who can provide hope and inspire others to follow in their footsteps. Developed democracies in the United States and Europe host numerous NGOs that can admirably train Egyptian journalists in investigative reporting, but tend to offer little support for other forms of journalism beyond the traditional “watchdog” role.

On the whole, Sakr’s sleek volume presents shrewd analysis as well as capsule profiles of dozens of Egyptian writers, broadcasters, and entrepreneurs who are barely known in the United States but well worth engaging.

Pushing Back on Russian Disinformation in Arab Countries

A recent CPD blog post by Mieczyslaw Boduszynski and Philip Breeden described the challenge Russian disinformation campaigns pose to the U.S., both at home and abroad. The authors suggest that among other countermeasures,...