Home|Pushing Back on Russian Disinformation in Arab Countries 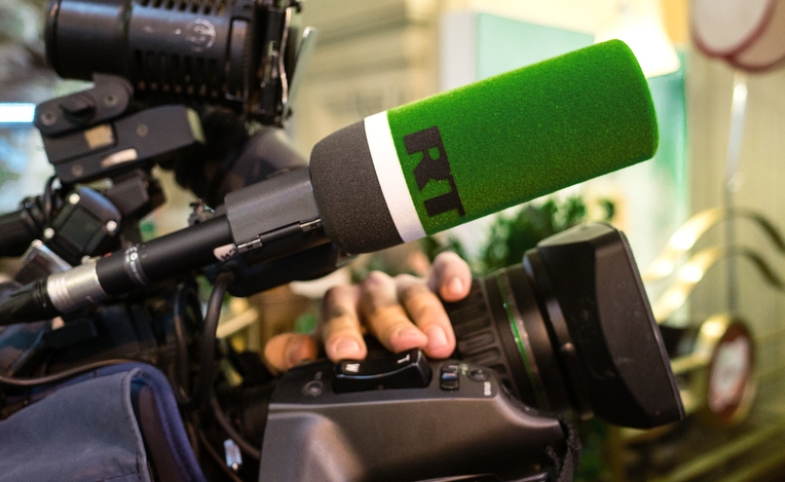 Pushing Back on Russian Disinformation in Arab Countries

A recent CPD blog post by Mieczyslaw Boduszynski and Philip Breeden described the challenge Russian disinformation campaigns pose to the U.S., both at home and abroad. The authors suggest that among other countermeasures, Americans should support media development programs in countries where indigenous journalism lacks credibility. They also prescribe education for critical thinking, both within the U.S. and overseas, to help inoculate audiences from emotional manipulation and fake news.

This sound advice will face an especially difficult test in the Middle East and North Africa, where Vladimir Putin is working to undermine Washington’s Arab alliances and expand his own influence. As part of his effort, the RT Arabic TV channel denigrates the U.S. around the clock, promotes a revisionist history of Moscow’s actions in the region, and promotes a cult of personality around the Russian president. The channel does so in an appealing style, tailored to the region’s sensibilities. And millions are tuning in.

To provide a flavor for the broadcast, I’ve subtitled a short collection of clips:

Students of Soviet-style agitprop will recognize familiar themes and tactics adopted for Middle Eastern purposes. Witness the retired Russian general who recalls being greeted with flowers when his troops invaded Afghanistan in 1979. This brazen misrepresentation of Afghani reactions to the Soviet occupation serves to counter the prevalent understanding that Moscow brought ruin to the country. It also sets the table for RT’s broader false narrative of an American imperialist project, presented as the real source of instability in the region. That message comes across in the talk show clip where a Russian national, speaking impeccable Arabic—a visceral signal of the Soviets’ commitment to the Arab world—quotes the religious wisdom of Vladimir Putin in response to a guest’s warnings about the danger of “American expansionism”. The clip of Putin’s own visit to the RT Arabic studio, in turn, serves to personalize the outreach. Stunning special effects—from the fireworks greeting Putin to the hologram of Israeli jets bombing the RT studio—add life and dark humor to the presentation.

For these performances, RT Arabic has won considerable popularity in pivotal Arab countries, particularly among the region’s burgeoning youth population. Over the past four years, I have used the Internet ranking service Alexa to compare RT Arabic’s popularity with that of its competitors online. It was striking, though not surprising, that the channel often ranked among the five most popular international news sources in Assad-dominated regions of Syria; many who live there regard Putin and his armed forces as saviors. But in Sunni-majority Egypt—hardly a bastion of support for Assad’s mass murder of Sunnis with Russian backing—the channel enjoys millions of viewers as well. As recently as January 2017, the channel outranked its American competitor Al-Hurra in Egypt by a factor of 10 to one. (Last month RT cited the analytics portal SimilarWeb to claim that its site had eclipsed Al Arabiya and Al Jazeera in addition to prominent foreign rivals like the BBC. The claim, which has since spread in public diplomacy circles, is highly suspect.)

What explains the popularity of RT? Al-Hurra, the BBC and other foreign broadcasts maintain a commitment to fairness and reason—an inherent disadvantage against a rival unencumbered by truth that pushes conspiracy theories to which many viewers are already favorably disposed. But when I asked viewers in Cairo to explain the network’s appeal, they offered further explanations. Several said they do not look to television for objectivity to begin with; they prefer, in effect, to do the reporting themselves by flipping from one broadcast to the next and sifting through conflicting narratives in search of a higher truth. For them, crude advocacy media is a more useful source of testimony than more even-handed broadcasts with a subtle slant, such as Al-Hurra. Another factor they cited was esteem for Russia as a power that stands by its allies. “Many Egyptians may not like Russia’s choice of friends,” observed businessman and social entrepreneur Muhammad Anwar al-Sadat when I interviewed him in July 2014 in Cairo, “but nonetheless admire the country for its loyalty to them when the chips are down. Egyptians want that kind of friendship too.”

The suggestions—support for indigenous media development and education for critical thinking—are at least as important as strengthening America’s official Arabic voice.

A further flower in RT’s cap stems from the multigenerational legacy of Russian competitive soft power in Arab lands. Though both the U.S. and Soviets maintained Arabic broadcasts, the latter invested more in Radio Moscow’s Arabic service than the U.S. pumped into its counterpart at the Voice of America (VOA). Washington, primarily concerned with countering Moscow’s informational dominance of Eastern Europe, made do with a comparatively thin line of connectivity in the Arab Middle East: highbrow broadcasting for establishment elites, typically airing only a few hours per day and sometimes not at all. Moscow, by contrast, worked consistently to win over a mass audience spanning the region’s socioeconomic strata. The two powers’ differing priorities also manifested in the staffing of their respective broadcasts. Radio Moscow featured native Russian program hosts speaking, yet again, impeccable Arabic, thanks to formidable government investment in their training. VOA, on the other hand, paid Arab émigrés to speak on Washington’s behalf.

Both Cold War superpowers, in devising media and information programs as a component of their foreign policies, saw a use for their broadcasts beyond simply connecting with an audience: they could serve to spotlight, amplify and build public support for street-level campaigns of political action that were then underway as well. American and Soviet political operatives worked in ideologically contested environments to help local allies achieve power and structure economies, as well as influence schools’ curricula, campus politics and intellectual debates. The Soviets, with their greater focus on Arab affairs, performed such functions in the military republics of Algeria, Egypt, Syria, Iraq, Libya and Yemen; among the Palestinian guerrilla factions; and on behalf of communist dissidents in the pro-American Arab monarchies. Radio Moscow served as one of myriad informational venues that provided these allies and assets with favorable coverage, a softball platform and a means to convey information—or disinformation—to friends and enemies alike.

When in 2007 the Russian government launched RT Arabic, it turned for advice and support to the remnants of the Soviet-backed Arab left—by then a community of political orphans, scattered from Algeria to Yemen, who had taken jobs in local media, NGOs, universities and government. These on-the-ground allies served RT Arabic as pundits, fixers and trainers of young broadcast talent. Seven years after the RT Arabic launch, on the eve of the September 2015 Russian military intervention in Syria, Moscow folded rickety Radio Moscow into the hip of Sputnik News, now accessible via shortwave, smartphone and, in a few Arab countries, FM radio.

These assets, combined with a growing physical infrastructure of Russian cultural and educational facilities in Arab lands, make for a formidable rival in the Arab info-sphere.

American broadcasting in Arabic today enjoys new leadership in Alberto Fernandez—a feisty former diplomat, himself fluent in Arabic. Over his first few months at the helm of Al-Hurra, he has introduced sweeping reform and sent a clear message of willingness to send a clear message. Thus Egyptian viewers, in seeking “the American take” on a given issue, will find greater use for Al-Hurra than in the past. To the extent they dig deeper, they will also find the information to be credible.

But the suggestions noted earlier—support for indigenous media development and education for critical thinking—are at least as important as strengthening America’s official Arabic voice. In this realm, America’s commitment remains unclear. Grounds for optimism lie in the newly released National Security Strategy of the United States of America, in that the document calls for policies of competitive public diplomacy—among other forms of competitive soft power—to counter foreign adversaries. National Security Advisor H.R. McMaster has referred to this theme in the document more broadly as “competitive engagement.” The concept was elucidated in 2013 in a substantial paper by Nadia Schadlow, a scholar who now serves as McMaster’s deputy. As Schadlow described it, the practice involves using a range of non-military tools—including financial and economic leverage, strategic communication, international education and other capacities—to challenge hostile actors’ hold on states and their societies.

Should Americans seek to apply this approach to Arab lands, whether in media development or education for critical thinking, they will not need to begin from scratch. As I argue in a new book on Arabic media, executives at some of the largest indigenous broadcasts and publications have been working on their own to promote a culture of civil discourse, egalitarian principles and the rule of law. They seek American partners in media education and content development. America Abroad Media, for which I serve as an advisor, provides an example of a non-profit group that has responded to such requests by co-convening educational workshops and co-producing radio and television programs.

Meanwhile, young people in several Arab countries have spearheaded efforts to promote critical thinking. As the following video shows, they see themselves as resisting the passive mindset that makes audiences vulnerable to manipulation and “fake news.”

A similar initiative was also launched recently by young people in the Saudi port city of Jedda.

Americans would do well to support local leadership in its own struggle against toxic media—in a coordinated approach, both on the ground and over the airwaves.