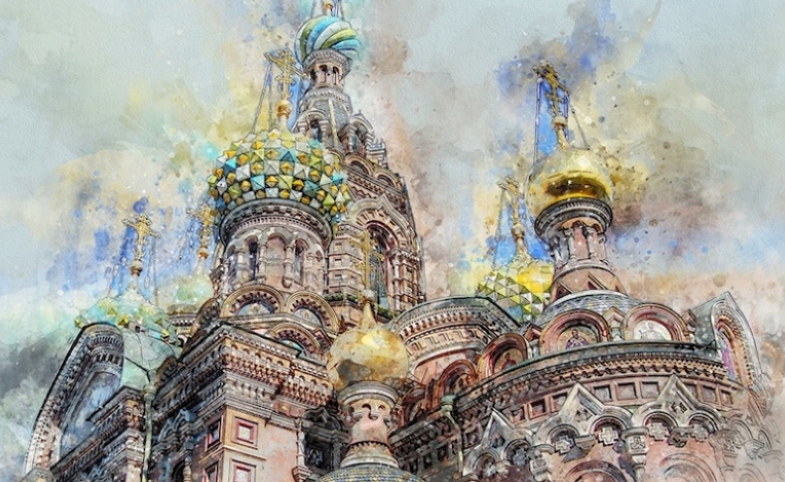 Editor's note: This article was originally published in Foreign Service Journal and can be found here. The following is author Vivian Walker's review of Russia’s Public Diplomacy: Evolution and Practice, a book edited by Anna A. Velikaya and Greg Simons and published by Palgrave Macmillan.

At first glance, Russia’s Public Diplomacy: Evolution and Practice, an edited volume on the practice of public diplomacy by Russian scholars and practitioners, might be dismissed as official promotional material. After all, co-editor Anna A. Velikaya is directly affiliated with the Alexander Gorchakov Public Diplomacy Foundation, an institution run by the Ministry of Foreign Affairs and founded by former President Dmitry Medvedev in 2010 to improve Russia’s global reputation. And the opening dedication, by a senior Russian diplomat, offers over-the- top praise for the book’s “paramount importance in the prevailing international situation.”

Don’t let that fool you. This book is essential reading for anyone interested in truly understanding the nature of Russia’s information and influence activities. Though neither written nor priced for the casual reader, it is a valuable resource for libraries and university courses’ reading lists.

We are drowning in expertise about the threats posed by Russian malign influence strategies and calls for ever-more-aggressive measures necessary to combat them. But we don’t actually know enough about the prevailing context for Russia’s public diplomacy initiatives—including origins, key actors and institutions, resourcing and objectives to address their effects. Russia’s Public Diplomacy: Evolution and Practice is, in this respect, a significant resource.

First, this volume reveals that official Russian thinking about the nature of public diplomacy is in many ways identical to the U.S. government model, beginning with the “Russian” definition of public diplomacy—“to understand, inform and influence foreign audiences in the service of national interests.”

And, like the United States, Russia wants to project itself as a viable great-power competitor. Indeed, Russian public diplomacy is fixated on the projection of a Russia resurgent, as articulated in the “Russian World” narrative. Russia’s Public Diplomacy’s real value lies, however, in its illuminating insights into Russia’s unique public diplomacy challenges. For example, as several contributors point out, the Soviet legacy of secrecy and repression casts a long shadow on current efforts to “illuminate” Russia. Even today, “dissent is often confused with disloyalty” (p. 269) and challenges to the official government narratives are discouraged.

Though their quality is somewhat uneven, each chapter contains useful and, in some cases, previously unavailable information on the nature and practice of Russian public diplomacy, including funding and resource data. Olga Lebedeva’s historical overview presents a good rundown of key institutions and actors. Natalia Bubnova’s essay on Moscow’s policy of international cooperation addresses soft power failures but also illustrates the degree to which Russia’s inherent sense of victimhood mitigates against viable soft power projection.

Elena Stetsko’s discussion of the role of civil society in Russian public diplomacy offers context for the emerging role of nongovernmental organizations (NGOs) and the international donor community. And the chapters on regional PD initiatives provide fresh insights into prevailing foreign policy trends.

A number of chapters candidly address the degree to which Russia’s aggressive behavior toward Georgia in 2008—and, more recently, Ukraine— works against its ability to project a positive image as a reliable strategic partner. Several contributors acknowledge that, strategic justifications aside, Russia has paid a high price for its effort to preserve its territorial integrity. Moreover, “Russia’s weak economy and internal problems such as social injustice, socio-economic discrepancies, corruption and dysfunctional legal system” (p. 270) undermine the projection of a positive national narrative.

As one contributor notes, somewhat wistfully, “If the current model of [modern Russia’s] social and political development was to change in a positive direction, it could ... revolutionize strategic communication” (p. 229).

Not surprisingly, the book offers a relatively harsh critique of “Western” (read U.S.) use of information and influence strategies. “In Russia, PD is perceived as aiming to create an objective and favorable image of the country, without undermining the efforts of other actors” (p. 271). By contrast, the United States combines “public diplomacy,” or engagement through education and culture, with “strategic communication,” defined as the effort to confront and undermine foreign propaganda and violent extremism.

This somewhat specious distinction between public diplomacy and strategic communication serves to underscore Russia’s frequent assertion of the irreproachability of its influence measures. And it reframes Russia’s active disinformation campaigns as mere benign perception management in defense of national interests.

The editors of this volume also take issue with the “coercive democratization” allegedly embedded in U.S. government influence strategies, arguing that Russia aims to build alliances, while the West, instead, seeks to impose “Western” values such as a human rights agenda, transparency and the rule of law. As co-editor Anna Velikaya argues in a separate publication, in Russia, “PD is an instrument of dialogue rather than containment.”

Indeed much of the book is devoted to laying out the main elements of Russia’s “peaceful” messaging as a counterpoint to aggressive Western policies: multilateralism, the key role of the United Nations in safeguarding national sovereignty and territorial integrity, and “non-interference” in the domestic affairs of target nations, a direct reference to the perceived role of “Western” NGOs as enforcers of democratic values.

In Russia’s Public Diplomacy, Velikaya and Simons have rightly underscored the fractious nature of the global information environment, in which “narratives and knowledge production are used by the competing sides to bestow legitimacy upon their causes and to erode the perceived legitimacy of their opponents” (p. 7). We cannot win this two-sided information war until we know how and why the Russians play it.

Further, this book reveals the hollow core of the “Russian World” narrative that aspires to restore a sense of national power and identity. The truth is that Russia lacks the soft power resources necessary to attract foreign publics. The better we understand its public diplomacy deficits, the more likely we will be able to offer a credible counter-narrative.

The concept of “Russian World” (“Russkiy Mir”) started being used by Putin almost 20 years ago. The initially cultural and civilizational concept was introduced as a component of political rhetoric in 2001 when the newly...