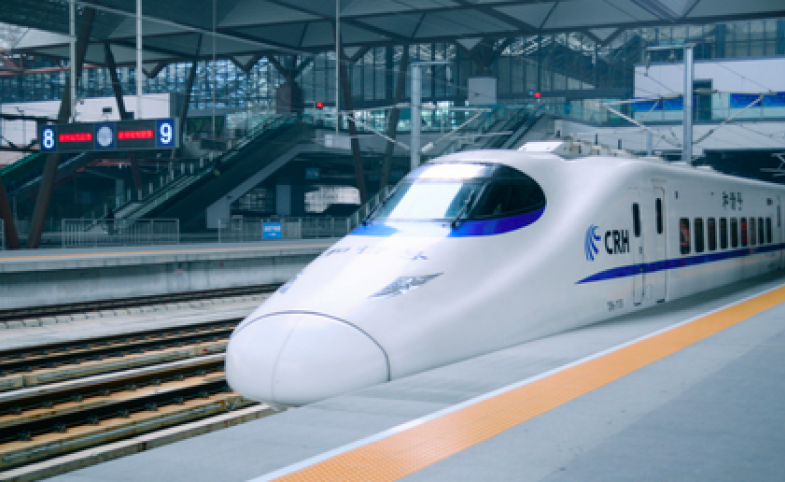 The great imperialists of the 19th Century built railroads to solidify their control of vast expanses of land and incorporate their territory into modern industrial economies. And although the construction of railroads may seem archaic today, the government of China has demonstrated their continued relevance in both internal state building and external diplomacy.

The Economist recently highlighted the country’s vast high-speed rail projects including a new line, which “will incorporate into the network three provinces covering about 30% of China’s land area.” The new line connects Urumqi, the capital of Xinjiang (China’s western most province and home to its Uighurs) with Lanzhou, capital of Gansu. There is little economic activity between these cities and the rugged land between them is mostly empty. Why, then, build a $24 billion railroad?

The answer is two-fold. Foremost, the line is symbolic and political. Xinjiang has seen the most political unrest of any part of China in the recent past. The construction of a major rail line underlines Chinese control of the territory and incorporates it further into the heartland. Moreover, the new line has led to a boom in development at stations along it, attracting ever more ethnic Han Chinese from the coastland and diminishing the Uighur majority there. Secondly, Xinjiang is rich in natural resources (especially coal) and a key transit corridor to Central Asia—from which China seeks to secure its future energy supply, along with other key natural resources. In his book The Revenge of Geography, Robert Kaplan writes, “China has a vision of Afghanistan (and of Pakistan) as a secure conduit for roads and energy pipelines that will bring natural resources from Indian Ocean ports, linking up with Beijing’s budding Central Asian dominion-of-sorts.” The construction of a high-speed railroad will free up existing line to be used exclusively for freight. Thus, this new high speed line—along with the conventional Qinghai-Tibet Railway (perhaps the great engineering feat of this century so far)—physically, politically, and economically links the periphery to the center.

Yet there is a second and equally important aspect to this story. Grand infrastructure projects have long been an avenue for states to project their power and wealth. The construction of 38,000 miles of rail in Russia from 1857-1904 solidified the empire’s “great power” status and enhanced its ability to project power across the glob. The laying of the transcontinental railroad in the United States did the same. For China, the extent of its high-speed rail is looked on with envy by the rest of the world (indeed, there are more miles of high-speed rail in China than in all of Europe).

China’s development of its western periphery will also have profound impacts on international political economy. Robert Kaplan also remarks that “as the United States moves to defeat al Qaeda and irreconcilable elements of the Taliban, it is China’s geopolitical position that will be enhanced. Military deployments are ephemeral: roads, rail links, and pipelines can be virtually forever.”

Fostering relationships with local publics in partnering countries is a key policy scheme of China’s Belt and Road Initiative (BRI). However, its operation at the organizational level is rarely examined. The BRI’s action...