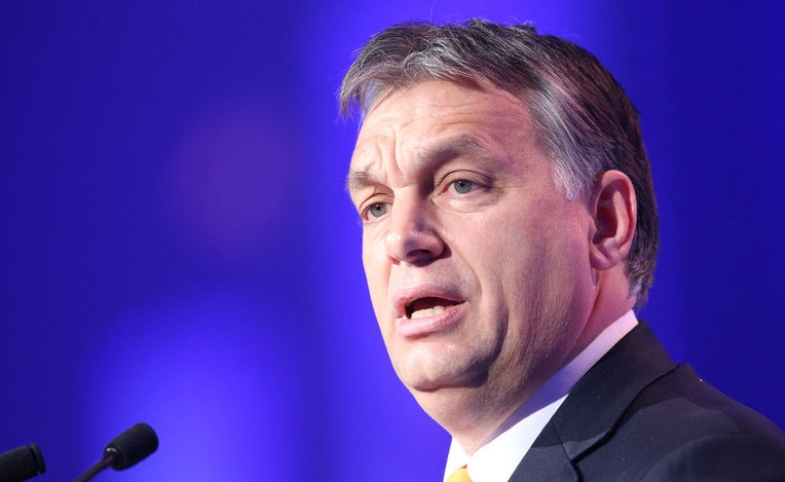 This three-part series explores how the Hungarian government transformed its refugee and migrant populations into enemies of the state in order to consolidate its hold on power. Part 1 addresses the closure of Hungary’s media space and the government’s initial efforts to respond to the 2015 refugee crisis. Part 2 will describe the deliberate construction of a national anti-migrant discourse to justify increasingly authoritarian measures. Part 3 will examine the resultant migrant-spotting phenomenon and the broader consequences for the future of Euro-Atlantic cooperation.

An officially sanctioned form of intolerance is on the rise in Hungary—let’s call it “migrant spotting.” In defense of public safety, Hungarians are now voluntarily reporting to local authorities on individuals in their communities whom they suspect to be “illegal aliens.”

Though ethnic intolerance is not new to Hungary, this particular form of public denunciation is the latest iteration of a carefully orchestrated, long-term, government-sponsored disinformation campaign to persuade the Hungarian electorate that migration “increases terrorism and crime,” “destroys national culture,” and threatens social order. This campaign, with its toxic mix of half-truths, outright lies and appeals to latent biases, ultimately enabled Prime Minister Viktor Orban to consolidate his power and propelled Fidesz, his ruling party, to a sweeping electoral victory in April 2018.

There is nothing new in the tactical use of disinformation to achieve strategic goals by generating public anxiety about particular groups or issues, especially when they appear to deviate from accepted norms. However, today, as facts are increasingly hard to nail down, these deliberately misleading narratives have become extremely potent, especially when they play on existing fears or prejudices.

Understanding the structure and typology of panic-mongering narratives is essential to disarming them. People interested in truth, rule of law, refugees and minority rights anywhere should better understand how the Hungarian government transformed migrants into enemies of the state in order to justify its increasing stranglehold on power and the consequent erosion of democratic institutions.

Like most disinformation narratives, the Hungarian government’s anti-outsider messaging campaign benefited from the growing absence of reliable information and accountability in the national media space. In 2010, Freedom House described Hungary’s press status as “free,” rating it a respectable 23/100. By 2017, however, Hungary had regressed significantly, dropping to a ranking of 44 out of 100, and was labelled only “partially free.” Why did Hungary’s media freedom decline so dramatically?

The answer is easy: Orban.

Re-elected as prime minister in 2010 after eight years out of office, Orban took steps to consolidate his hard-won return to power, beginning with the systematic deconstruction of Hungary’s independent media. Pro-Fidesz oligarchs, many with strong business ties to the state were given free rein to acquire and then shutter influential independent media outlets, especially those critical of the government.

Orban’s allies also recently completed their acquisition of nearly all regional daily newspapers with a total of at least one million regular readers. Additionally, they have squeezed out foreign media investment in Hungarian media companies. Today, there are only about six remaining independent national media outlets. Meanwhile, the government and Orban’s oligarchs control all of Hungary’s television channels, with the exception of one national and two regional cable stations. With a 72 percent share in media consumption, Hungary’s television channels serve as the primary source of news and information countrywide.

The government’s dominance of Hungary’s information outlets enabled the proliferation of xenophobic narratives in the name of national security and the preservation of cultural identity. In this enclosed media space, Orban and his supporters slowly spun out an obsessive narrative about the migrant threat and the resultant need for a vigorous “defence of Hungary and its borders.” Stanley Cohen’s classic study of the manipulation of public discourse to serve a political agenda by generating “moral panic” offers a useful analytical model for this deliberate process.

Cohen defines moral panic as “a condition, episode, person or group of persons” that “emerges to become defined as a threat to societal values and interests” and is “presented in a stylized or stereotypical fashion by the mass media.” Narratives of moral panic thrive in complex media environments, in which an overabundance of unfiltered information and the presence of carefully curated information bubbles enable the exploitation of latent fears and biases. Anything from a perceived deviance in culture or norms to the presence of ethnic or religious outsiders may be used to generate moral panic and subsequent calls for corrective action. Those who identify the sources of moral panic are usually those who then promote remedies that serve their best interests.

The first phase of moral panic, according to Cohen, begins with the perception of imminent danger to social or political “tranquillity.” In 2015, the rapidly intensifying refugee crisis represented just such a threat to the Hungarian government. In May 2015, in response to the massive influx of people fleeing conflict in the Middle East and North Africa, the European Union called for mandatory migration quotas. Hungary, among other Central and Eastern European member states, rejected this proposal.  By June 2015, the government had launched a nationwide anti-refugee outreach campaign, and, in July 2015, began the construction of a razor wire fence along its border with Serbia. Nevertheless, by September 2015, a whopping 411,515 “irregular migrants” had entered Hungary. Most had no intention of remaining there, and the Hungarian government facilitated their access to other EU member states.

However, in an apparent response to pressure from other EU countries to reduce the number of arrivals from Hungary, the Hungarian government temporarily suspended onward travel. Unfortunately, in sealing off Budapest’s principal railway station to refugees and migrants, authorities inadvertently transformed it into a “ghetto-like” makeshift refugee camp in which hundreds of refugees were trapped in a squalid limbo. Two weeks later, Hungary closed its border with Serbia. When angry refugees attempted to breach the fence, the Hungarian government declared a national state of emergency and announced that all “illegal” entrants would be jailed, justifying these measures as a "legitimate response to an invasion."

Note from the CPD Blog Manager: This is Part 1 of a three-part series. This piece originally appeared in full on the War on the Rock's website.

Intolerance in Hungary: Crafting an Other

This three-part series explores how the Hungarian government transformed its refugee and migrant populations into enemies of the state in order to consolidate its hold on power. Part 1 addressed the closure of Hungary’s...

This three-part series explores how the Hungarian government transformed its refugee and migrant populations into enemies of the state in order to consolidate its hold on power. Part 1 addressed the closure of...

In the good old days, we worried about carrying out effective public diplomacy in patently authoritarian, newly independent or conflict-ridden states. We had a well-established set of public diplomacy practices to lay the...

First ladies since Eleanor Roosevelt have developed over the years to do more than serve merely as White House hostess-in-chief. Barbara Bush took on an issue, applied her passion, and tried to move the needle on literacy....