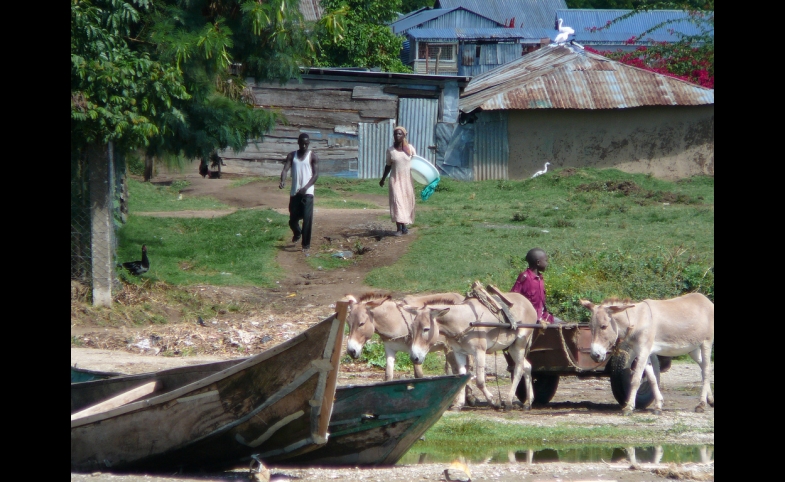 Effective management of Lake Victoria is paramount for sustainability of the area’s natural resources in the years ahead. The transboundary waters of Lake Victoria, which pose interrelated challenges, lead Kenya, Tanzania and Uganda, as well as international actors, to struggle in their quest for lasting solutions. At the forefront is the question of how to manage the resources in an inclusive and participatory manner, while promoting sustainable development. One approach that could prove to be a viable solution is to engage key demographics—specifically, populations living on islands of Lake Victoria.

Lake Victoria faces a range of issues that vary in complexity and magnitude. It already supports over 30 million people in three East African countries, and their populations are growing rapidly. The challenges facing Lake Victoria  are well documented, ranging from unplanned urban growth to climate change. Some of these issues require governments to take leading roles, while others require innovative approaches due to their transboundary nature.

Using Public Diplomacy as a Tool

One organization with which the LVBC has collaborated is the East African Communities Organization for the Management of Lake Victoria Resources (ECOVIC). ECOVIC is reestablishing the link amongst ethnic groups around Lake Victoria. Their tasks include strengthening and fostering greater participation of stakeholders in the sustainable management of Lake Victoria as well as giving formal participation to stakeholders in decision-making. ECOVIC is filling an important role for governments and international organizations by working with populations based on an identity other than nationality. Through the shaping of a shared identity amongst different people, actors who engage in public diplomacy will be able engage those populations more effectively.

An analysis of the Lake Victoria region conducted by the Swedish International Development Cooperation Agency (SIDA) states that “most people would probably define their primary identity as something else than Kenyan, Ugandan or Tanzanian.” Echoing this approach is the African Ministers Council on Water (AMCOW). The AMCOW identified that working at the transboundary and sub-national level is one key strategy toward basin planning.

One key population that governments and organizations could engage at the subnational level are the people that reside on islands throughout Lake Victoria. There are several thousand islands that span the coastlines of the three countries. The populations that live on these islands are at the forefront of many of the issues facing Lake Victoria. Both the people that identify as Lake Islanders, as well as governments and international organizations, would benefit from forging the subnational identity of ‘Lake Islander.’

Although the formation of a subnational identity will take time, all parties involved will find that the benefits will be innumerable.

In the first place, when governments and organizations work at the subnational level, they are better placed to understand the needs of the communities they serve. Through giving these Islanders a platform, governments and international actors can better understand the challenges and needs of these populations, regardless of nationality or ethnicity. By empowering marginalized voices that lack participation in decision-making, more effective policies and initiatives can be developed to meet the challenges of environmental problems.

Secondly, those who identify as Lake Islanders will find that when they engage governments and organizations collectively, they will have a stronger position to negotiate. This stronger position will allow them to participate in policymaking and become stakeholders in regional governance. As fishing stocks decrease, for instance, the need for transnational cooperation between populations is crucial for sustainable fishing. Through the formation of a shared identity, the increase of regional integration between populations that depend on the resources of Lake Victoria will have a higher degree of cooperation for the management of the resources.

Thirdly, the forging of a subnational identity will allow for the creation of a common identity between populations that might otherwise feel a lack of shared connection. This will allow for international integration between members of the same identity. For example, by identifying as Islanders, the populations that live on the islands of Lake Victoria share a common identity with the populations of the littoral states (Austria, Germany, and Switzerland) of Lake Constance in Europe. While the nationalities and backgrounds of these two subpopulations may be different, they face similar challenges and have similar aspirations. Islanders of Lake Victoria will find that identifying as such could be beneficial to achieving various objectives. One instance is that building transnational ties potentially leads to an increase in foreign aid.

Although the formation of a subnational identity will take time, all parties involved will find that the benefits will be innumerable. Governments and international actors will find that as participation in problem-solving becomes more inclusive, policies and initiatives will be more successful. At the same time, individuals will feel that they are part of a collective identity that shares the same outcome, thus they will be more likely to adhere to regulations beneficial to all. As Lake Victoria continues to deteriorate, major stakeholders must work quickly to ensure that all possible solutions are explored, or risk facing a major environmental disaster.

On Sunday, September 22, 2013, al-Shabab, a Somali-based al Qaeda cell unleashed gunfire on a Kenyan shopping mall, murdering 72 people and injuring over 200 others. The deadliest terrorist attack in Kenya since the 1998...