Home|Tsai Ing-wen: Did You Know that Taiwan is a "Country" in South Carolina? 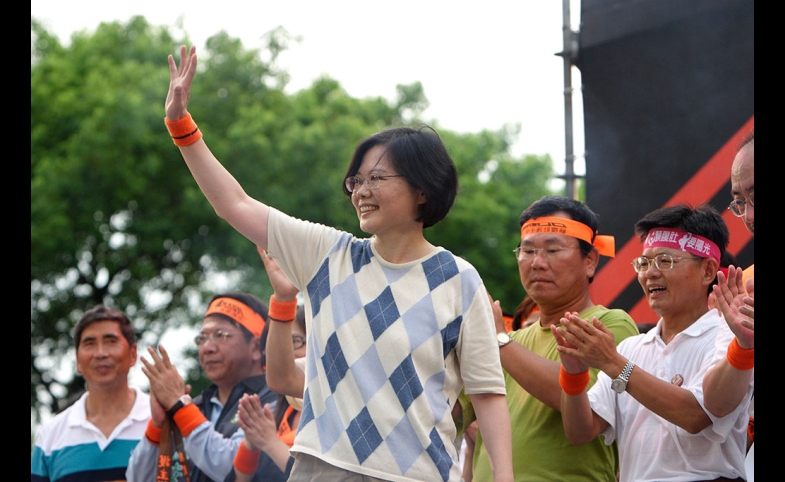 Tsai Ing-wen: Did You Know that Taiwan is a "Country" in South Carolina?

Words matter in international relations. On January 1, 1979, the United States government ended diplomatic relations with the Government of the Republic of China (ROC). Since then, the United States (U.S.) has only maintained non-diplomatic relations with the “governing authorities on Taiwan.” Of course, many experts argue that this shift on the political status of Taiwan is just a matter of semantics. Under the Taiwan Relations Act, the U.S. government still maintains de facto diplomatic relations with the governing authorities on Taiwan. It does so through the American Institute in Taiwan and the Taipei Economic and Cultural Representative Office in the United States, whose representatives possess special powers that allow their offices to operate as de facto embassies. The federal government of the United States is extremely careful not refer to Taiwan as the Republic of China nowadays. That is why the recent reciprocity agreement over driver's licenses between the State of South Carolina and “Chinese Taipei” warrants special attention.

On March 26, 2015, the South Carolina Department of Motor Vehicles (SCDMV) signed a reciprocity agreement  over driver's licenses with Taiwan to facilitate international commerce and other relations between the State of South Carolina and Taiwan. Following the conclusion of the agreement, SCDMV revised its official website to account for Taiwan’s reciprocity with the state. Those changes included listing Taiwan under a chart that states “only these countries have established a reciprocity agreements” and recognizing that Taiwan requires its citizens to obtain certification letters under the agreement from a “Consulate General of the Republic of China (Taiwan).”

The actions of the State of South Carolina entail serious political and diplomatic implications for both the U.S. and Taiwan. Although some experts might claim that one should not attach too much importance to the words “country,” “consulate general,” and “Republic of China” on the SCDMV website, it is likely that the PRC would vehemently disagree. And that is why the case warrants special attention.

To compensate for their lack of recognition at the international level, Taipei has turned to soft power and public diplomacy to meet its foreign policy goals. Over the years, the use of soft power has been utilized by both the Kuomintang (KMT) and Democratic Progressive Party (DPP) to achieve their priorities. For example, the DPP under Chen Shui-bian promoted Taiwan’s democratization as its most valuable soft power asset, while incumbent president Ma Ying-jeou and his KMT administration valued Taiwan’s traditional culture. This can be interpreted as the DPP seeing democratization as being uniquely Taiwanese to differentiate it from the PRC. On the other hand, KMT’s promotion of Taiwan’s traditional culture is in line with the idea of there being only one Chinese culture, regardless of whether one is on the mainland or the island of Taiwan.

As Taiwan continues to seek legitimacy, its success in South Carolina must not be overlooked by the Tsai Ing-wen administration. They could either ignore the SCDMV’s language as a poor choice of wording with no further significant consequences, or they could publicly champion it as a soft power victory for “Taiwanization.”

The election of Tsai Ing-wen and the DPP this past month has returned the question of Taiwanese independence to center stage. During President Ma’s term, cross-strait relations improved vastly, which many contribute to his pro-PRC (People’s Republic of China) leaning. President Ma is a firm believer in the idea of “one China,” and even met with PRC president Xi Jinping this past year (the first meeting of any kind in 66 years). The United States and the People’s Republic of China both have expressed their desires that Mrs. Tsai will maintain the status quo. Chinese state-run media warned Mrs. Tsai that any deviation from the 1992 consensus would provoke turmoil. Both parties have different interpretations of the result of the meeting between the PRC and ROC in 1992. So far, Mrs. Tsai’s position on the issue remains largely unknown.

Any change to the status quo would hamper regional stability and peace, something that Washington and Beijing staunchly oppose. For this reason, any U.S. state that recognizes Taiwan as a sovereign country threatens to impact where the U.S. stands with respect to China and Taiwan. The reciprocity agreement between South Carolina and Taiwan also exposes potential tension that exists in American federalism. If it is the case that South Carolina superseded U.S. foreign policy, the State Department will have to work diligently with South Carolina and other state governments to ensure that federal rights are not abdicated. Of course, this could have political blowback in the United States. Increasingly, a number of state governments are again asserting themselves as actors in international affairs. This has potential benefits and drawbacks for the State Department. There are ways that the State Department could use such initiatives to its advantage. On the other hand, the recognition of Taiwan as a country by individual states risks damaging the U.S. relationship with China. It also threatens to revise the distribution of powers between the federal government and the state governments in international affairs.

As Taiwan continues to seek legitimacy, its success in South Carolina must not be overlooked by the Tsai Ing-wen administration. They could either ignore the SCDMV’s language as a poor choice of wording with no further significant consequences, or they could publicly champion it as a soft power victory for “Taiwanization.” Meanwhile, the State Department must also not overlook the long-term consequences of the reciprocity agreement. The question of whether the State Department should reign in South Carolina probably will come down to whether it is useful for South Carolina to recognize Taiwan as a sovereign country for the purposes of American national security on the one hand, and American federalism on the other. If it is ultimately useful to have South Carolina referring to Taiwan as a country, then the State Department will probably continue to look the other way. If not, then the State Department will probably push for South Carolina to revise the language. Either way, there is little doubt that Beijing, Taipei, and Washington will be watching what happens next in the Palmetto State with interest.

Napoleon Bonaparte once said of China, “Let her sleep, for when she wakes, she will shake the world.” A spate of articles and books has appeared on the rise of China and its possible domination of the world. The Middle...