Home|Can China Become the Next Superpower? 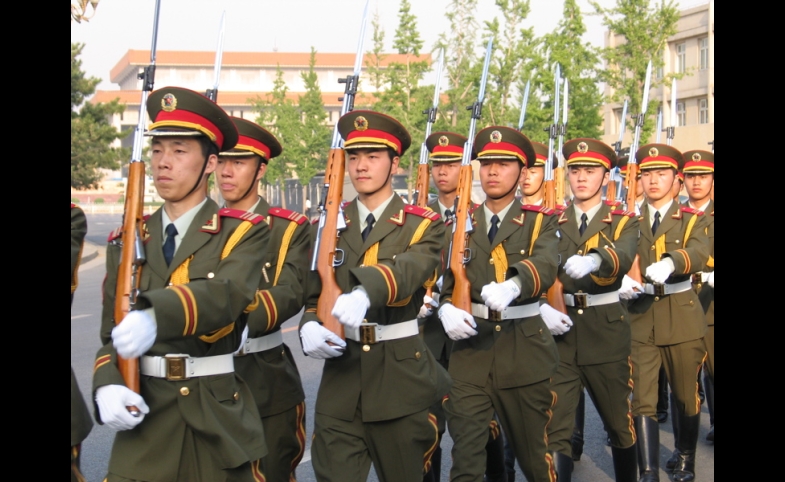 Napoleon Bonaparte once said of China, “Let her sleep, for when she wakes, she will shake the world.” A spate of articles and books has appeared on the rise of China and its possible domination of the world. The Middle Kingdom has received special attention because it is ideologically and culturally different from the West. Military strategists and geopolitical thinkers have their own concerns: the country’s leadership does not make its political ambitions clear, nor has the military been open about the degree of its expansion.

The United States still remains the sole superpower but with the rise of “the rest,” particularly China, the present structure of the world order will eventually be reconfigured. In reality, China is not rising but as Aaron Friedberg states, “it is returning to the position of regional preeminence that it once held.” Indeed, China dominated that region for centuries. Among those who argue that China will rule the world in the near future is Martin Jacques, a British journalist who is the author of When China Rules the World: The End of the Western World and the Birth of a New World Order.

In order for China to gain hegemonic status on the world stage it must also become an innovative society, a society that nurtures political and economic institutions.

However, before China can become a legitimate superpower, it must meet its internal and external challenges and make some fundamental political changes. China’s nine percent economic growth rate since 1990 has enabled it to expand its sphere of influence and gain ground not only in Asia but also in Africa and South America. This influence will probably continue to grow in the future. In Central Asia, China has invested billions of dollars in oil and natural gas companies to secure its long-term energy demands. China is making large investments in South America as well – America’s own backyard. In addition, China is the preferred partner of many governments in Africa and is becoming the largest trading partner of Brazil and South Africa – both rising economic giants.

Nevertheless, all these investments and China’s attempt to spread its soft power do not guarantee that China is becoming the next world power, for it has major internal issues to deal with. It must deal with an aging population and gender imbalance produced by its one-child policy. It must deal with its water shortage problem and with pollution. These are not the only problems facing China. It must also find a way to produce millions more jobs in order to continue its economic growth. It must overcome internal ethnic issues, economic disparity, virile nationalism, and as Henry Kissinger observes, it must be able to “absorb six million people moving into the cities every year.”

Besides fighting separatist groups in Xinxiang, a problem China will face for years, it also has Taiwan to worry about. This issue remains China’s top foreign policy priority. I believe China can become a superpower when it is no longer focused on its domestic issues. Think about the United States. It was able to focus on external issues when it won the last battle against American Indians in 1890 in South Dakota. In brief, China cannot rule the world until it consolidates its territory.

In order for China to gain hegemonic status on the world stage it must also become an innovative society, a society that nurtures political and economic institutions. It has had tremendous economic growth, but that has not launched it on a trajectory of scientific revolution that led to the rise and ascendancy of the West. Nor does it have innovative and creative companies that could parallel Apple, Google, Twitter, or Facebook. Given these challenges, China has a long and complicated road ahead before it can claim the status of a superpower.