Home|Afghanistan: A State of Fear (Part I) 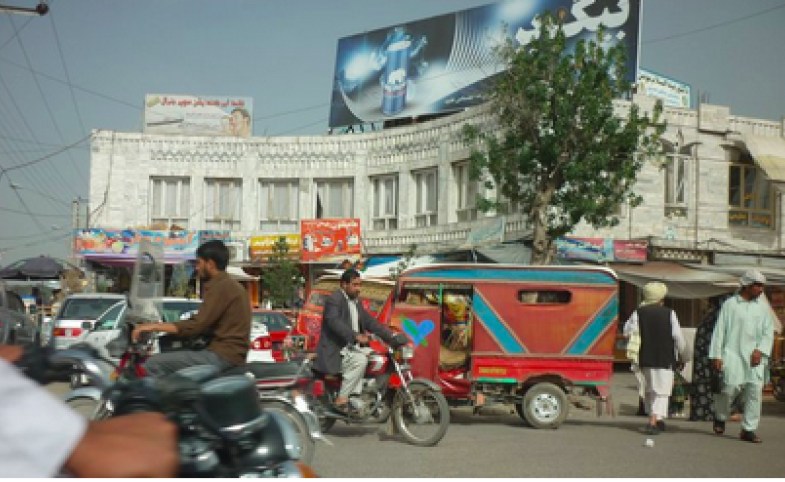 Right after I graduated from college this past May, I went on a bit of an odyssey. I took a trip to Afghanistan. After being away for three years, I returned to the western part of the country where my family resides. I was struck by how much things had changed for the worse in just three years. Three years ago, there was a lot of employment, a lot of optimism for the future, and an overall hope for a better life. However, this time, complete hopelessness, lawlessness, and uncertainty dominated the atmosphere. Everyone lived in a state of utter fear. Before I move forward elaborating further on the situation in Afghanistan, I’d like to add that all is not lost, and with a better, more competent leadership things can be turned around internally. Externally, through a coordinated and robust diplomatic effort, regional and international players can come to some sort of agreement that is conducive to the interests of all players, and more importantly, to the stability of the region.

The withdrawal of the American troops in 2014 has created anxiety and uncertainty within Afghan society. Elias Canetti, the German Nobel Laureate and author of Crowds and Power, opens his book by stating: “There is nothing that man fears more than the touch of the unknown.” It is this unknown that has moved the Afghan people to do something about their future. Groups are of course responding differently to the situation. For example, warlords like Ismael Khan, who is presently the Minister of Water and Energy, are arming themselves. Khan, originally from Herat, was the governor of the province until President Karzai removed him in 2005. Even though Mr. Khan no longer holds power in Herat, he still maintains more control over the affairs of this province than the current governor. Mr. Khan, along with other warlords around the country, are gearing up for the American troops’ exodus. These warlords believe that the U.S. has already accomplished its mission: killing of Osama bin Laden and breaking down al-Qaeda’s leadership structure – and thus has no interest in staying in Afghanistan.

Intense rivalries over power have already begun. This is manifested in an increased number of kidnappings and political assassinations. A week after I arrived in Herat, two armed men killed the leader of an ethnic Hazara district. According to several newspapers, the killing was due to his growing political popularity. Assassinations on motorcycles are the most fashionable way of killing one's opponent.

Terror and fear are dominant in the city of Herat. No one travels to the outskirts of the city any longer. The rich and those with prestige and power are responding differently. For one, they’ve stopped their investments and are securing their liquid assets by stashing them away in foreign banks and are leaving the country for the Gulf and other stable neighboring countries. Who’s to blame them? How can people live in a country where crime is now the order of the day? Where mass poverty is besetting more and more people? To borrow a phrase from President Lyndon Johnson, poverty is so pervasive that “nobody [has] a name for it.” Theft, kidnappings, burglaries, and other heinous crimes emanate from unemployment. Unemployment is, without a doubt, the source of all social diseases.

Governance has gone the way of the dinosaurs. Justice, security, and liberty have become concepts as foreign as if it were the Middle Ages. Complete chaos reigns over Afghanistan. According to Business Insider, Afghanistan is one of the most corrupt countries in the world, second only to Somalia. The joke amongst Afghans is that Afghanistan bribed Somalia to take the fall. Corruption had become so prevalent and normalized that nobody even wanted to complain about it anymore. It is part of the system. Someone jokingly told me, “they [lawmakers] should go ahead and make it part of the legal framework.”

People in Herat were telling me that the security situation is the worst it’s been in the last twelve years. I believe there are three possibilities for these growing acts of terror and violence:

1) With the withdrawal of American Combat Forces in 2014, people feel that after the U.S. leaves Afghanistan, the Taliban, will once again overtake the country, and total barbarism will reign supreme;

2) The Karzai government is intentionally fomenting instability in order to not hold elections, which are scheduled for next year; and

3) The scariest of all possibilities—the normalization of corruption and fear.

Women are of course the greatest victims of all this instability and violence. They have no rights and many are experiencing a form of enslavement. They have systematically been reduced to an inhumane level. If you are harassed in the workplace, it is your fault for having dressed improperly. If a girl is raped, not only does she not get justice with regards to the perpetrator, but also she herself is thrown into jail where she will endure ongoing sexual abuse by prison guards. How could a girl come forward and fight such oppression when the system is diabolically unjust and oppressive? Days after I arrived in Herat province, a seventeen-year-old girl, while on a trip to the bazaar, got shot in the head by two armed men. The story I got was that she had declined a marriage proposal from one of them. The case went cold and nobody prosecuted the perpetrators. Herat is considered one of the most cultured, economically vibrant, and politically stable provinces in the country. If one of the major cities is in such a state, imagine what is going on the periphery.

These are interesting and difficult times for the Afghan people. The political situation is blazing with uncertainties and crises. However, the other side of crisis is opportunity. The international community and the United States must look beyond 2014 and stay engaged in the affairs of Central Asia and Afghanistan. Otherwise, this period of fear and uncertainty can easily devolve into a brutal civil war.

In the second part of this piece, I will provide recommendations for new leadership and stability in Afghanistan.

At the risk of stating the obvious, Afghanistan is in disarray. The only way out of this miserable situation is for a miracle to happen. After all, philosopher David Hume told us that miracles are not logically impossible....