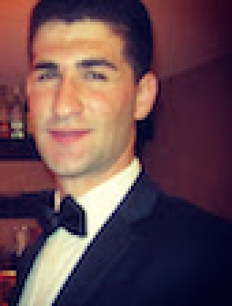 Fahim Masoud is a recent graduate of Washington University in St. Louis, where he studied history and politics. Prior to immigrating to the United States (2008), he worked as a linguist and cultural adviser for the United States Army in Afghanistan for 18 months (from March of 2006 to December of 2007). At Washington University, Fahim was a member of the Merle Kling Undergraduate Honors Fellowship and published a paper on the Economic Rise of China and its Implications for the United States. Since his graduation from WashU, he's been traveling around the United States and around the world, recently getting back from Afghanistan. Fahim and Prof. Robert Canfield (Fahim's former research adviser) just completed a book chapter on Central Asia and how the U.S. withdrawal in 2014 will impact that region. Fahim is also a regular contributor to the International Policy Digest. He's now in the process of applying to graduate school in international relations. Additionally, Fahim is a marathoner, having completed six marathons in the past year. You can follow him on Twitter @FahimMasoud.