At the risk of stating the obvious, Afghanistan is in disarray. The only way out of this miserable situation is for a miracle to happen. After all, philosopher David Hume told us that miracles are not logically impossible. The situation as bad as it seems can be reversed, however—only with a continued American military presence, financial assistance, and solid Afghan leadership will the country succeed. Afghans understand how important the U.S. presence is, and that is why all the elders from around the country voted for the Security Treaty. The U.S. presence will not only keep warlords and other destabilizing elements in check, but it will also reduce and remove the uncertainty that exists in the minds of all groups: investors, educators, donors, etc. With better, non-corrupt leadership, Afghans trust that their government will grow, which is of the utmost importance for the creation of economic prosperity. Karzai has been nothing but an exquisite blend of incompetence and mental instability. He also lacks a tragic sense of the past, and a strategic sense of the future.

The new leadership’s first priority must be to put into place mechanisms that will ensure the continuation and survival of civic institutions. Without healthy and strong institutions, rights of minority groups and women are in jeopardy. Napoleon is known to have said, "men make history, but institutions insure its continuity." The Afghan people have illustrated the ability to create civic institutions, but if there are no mechanisms in place that can maintain them over time, they are useless.

Aside from the Afghan people, there are many other players—Iran, India, China, and Central Asian countries—that have a stake in the affairs of Afghanistan. A stable Afghanistan is not only favorable to the Afghans, but also to regional players. By now, it has become apparent among those following the events of Central and South Asia that Pakistan is one of the major sources of chaos in Afghanistan, as Islamabad has been helping the Taliban and other insurgent groups in Afghanistan. Understanding Pakistan’s motives is key to explaining its influence in Afghanistan. If there’s one great lesson the world leaders should learn from Nelson Mandela, it is that you should decipher your opponent’s frame of reference. Afghanistan must understand the situation that Pakistan is in and where they are coming from before honest dialogue or robust diplomatic negotiations can take place. I believe that diplomacy among major regional players can help remove the mistrust that exists right now and further help tackle some of the challenges. There have been numerous attempts to negotiate some sort of a peace deal with the Taliban, but to no avail. These negotiations have failed because the Afghan government and the United States have tried to talk to a group who has no control over the decision making process. The Pakistani security apparatus is calling the shots in terms of what kind of a deal is made. Pakistan will not allow a deal that’s not to some extent in line with its national interests. 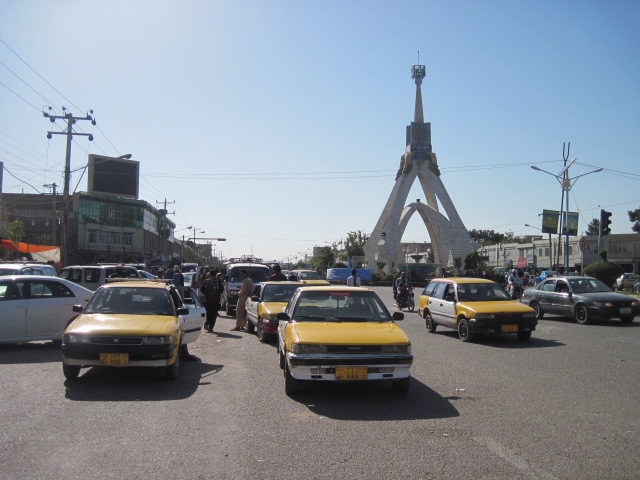 Herat, Afghanistan
Taken by the author in 2013.

To achieve a high level of diplomatic coordination and a peace deal with the Taliban, the United States and other players must give a few assurances to Pakistan:

1) Western powers are not in Central Asia to take away or destroy Pakistan’s nuclear arsenal.

2) The United States and India are friendly but that doesn’t mean they are working in cahoots against Pakistan.

3) In the case of a conflict between India and Pakistan, Afghanistan will remain a neutral player and will not allow India to use its space for any kind of activities against Islamabad.

4) The United States will remain committed to the stability and security of the region. In his monumental book, Diplomacy, Henry Kissinger noted: “It is a mistake to assume that diplomacy can always settle international disputes.” While diplomacy cannot resolve Afghanistan’s troubles with Pakistan and other groups in the region, it is a good place to start.

As for the current Afghan leadership’s incompetence, clearly it has failed to take advantage of the handsome opportunities it was given. My only hope is that the new leadership is serious enough, competent enough, and caring enough to avoid another dark period as the one the Afghan people are undergoing right now.

Right after I graduated from college this past May, I went on a bit of an odyssey. I took a trip to Afghanistan. After being away for three years, I returned to the western part of the country where my family resides. I was...

The Impact of Arts, Culture, and Media in Afghanistan and Pakistan: Implications for U.S. Policy

Project Overview This project assessed the impact of arts, culture, and media in Afghanistan and Pakistan, with the goal of developing recommendations for U.S. public diplomacy policy towards each country. Researchers...