Home|Looking for God at the Shanghai Expo: Religion, Nation Branding and the Soft Power showdown in China 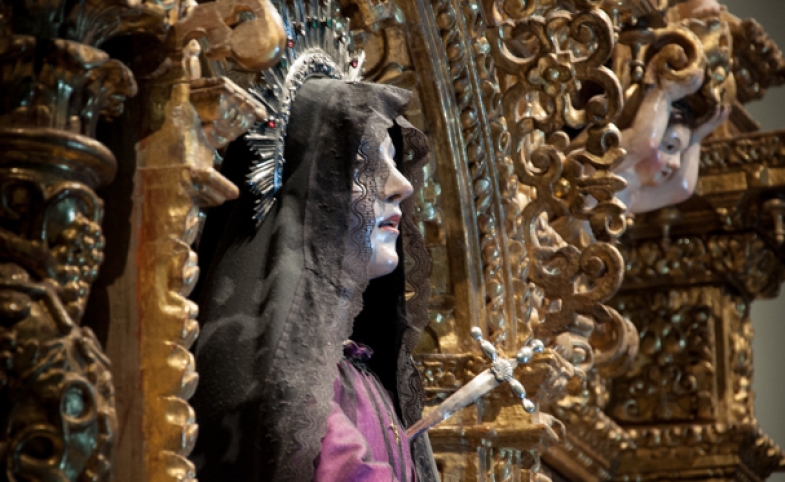 Looking for God at the Shanghai Expo: Religion, Nation Branding and the Soft Power showdown in China

Last week the Shanghai Expo 2010 closed. On three sweltering days this summer I toured the vast and frenzied space that was the Expo. My objective was to see how the nations of the world were representing themselves to the Chinese public and how each responding to the Expo’s official theme: ‘Better City, Better Life.’ As I walked from one national pavilion to another, stimulation came from every direction: from the astonishing range of the architecture on view; the numerous technological innovations; the competing national brand statements, and the breathtaking variety of exhibits. Some pavilions were magnificent: the Italian pavilion seemed to pulsate with the energy of a piazza. Some pavilions were moving: the Chilean pavilion delivered a timely plea for city dwellers to connect with each other. Some pavilions were just plain odd: the Russians had themed its pavilion around an obscure Slavic fairytale and decked their pavilion’s interior as a psychedelic enchanted forest. But it was the Iranian pavilion that really set me thinking. Located at the farthest edge of the fairground, between North Korea and Lebanon on an axis of irrelevance, Iran placed religion front and center, referencing its architecture and all other aspects of its design back to an Islamic identity. Then it hit me. The dimension of religion had been absent from all the other pavilions I had seen. I immediately set to work looking for God at the Expo.

Although pavilions are expected to respond to the grand theme, a national pavilion at an Expo has traditionally been a microcosm of the society it represents. One might expect that the religious life of peoples would figure in some way, and indeed the Asian pavilions had no reticence in evoking their Buddhist traditions. Many presented reconstructed temples and the Sri Lankan and Nepalese pavilions even offered an opportunity to pray. The Abrahamic religions were a different matter. All seemed wary of introducing an element they were unlikely to share with a Chinese audience. Saudi Arabia’s giant IMAX screen included images of the Hajj but without labeling them as sacred. The UAE’s film show included a reference to oil as a ‘gift of Allah’ but otherwise spoke in code of ‘the importance of tradition.’ Other Arab states followed suit. Israel explained itself only in terms of its technology not theology. The European pavilions seemed similarly reticent. The displays gave no sense of the continent’s religious tradition, observance or diversity. Racial diversity was often present but not religion. The Danish pavilion even made a virtue of the secular nature of its society with a sign telling visitors: ‘In Denmark we don’t pray very much, but it’s OK. We believe in each other.’ Spain leapt straight from an evocation of the elemental forces of nature – the bull – to a nostalgic slice of secular life in the mid 1950s. The Irish pavilion included a religious dimension, but in a telling way: a gallery in which three rooms representing typical Irish homes from one hundred years ago, fifty years ago and the present had been reconstructed. The cottage of 1910 was stuffed to the rafters with icons and religious paraphernalia. The house of 1960 had a cross and a couple of religious knickknacks. The house of 2010 (an ultra-modern apartment in Dublin’s docklands) had only one religious object: a bust of Guanyin, the Buddhist embodiment of mercy. The implication was that prosperity had moved Ireland beyond faith and into a happy present in which any icon would do so long as it fitted the décor. The Americas were no different. The US pavilion showcased diversity, friendliness, and the generosity of corporate sponsors without reference to a Higher Power. The sole exception was Mexico whose exhibition of artistic treasures included an altar piece of the Virgin Mary with a sword sticking out of her chest. It was very Mexican and seemed like a moment of authenticity.

Long before Joseph Nye pointed out that a nation’s perceived cultural and moral worth afforded it ‘soft power’ nations have understood the political value of identifying with an internationally respected system of values. This has often taken the form of the explicit presentation of religion as a component of the state’s identity. The Kings of France were styled ‘the most Christian King’ and many countries have religious symbols on their flags. Since the Second World War states have laid claim to broader global moralities which – though in some ways rooted in religious tradition – transcend any single culture: human rights, international law and principals of democracy. These issues were also treated gingerly by the pavilions. The desire/necessity to avoid offending the host government created an image of the West at Expo of being much more culturally and politically compatible with China than may actually be the case. But the desire to leverage the ‘soft power’ of values was still present at Shanghai. Three days in to the fair I realized that there was something familiar about the way in which the Western pavilions were presenting the doctrines of ecology and sustainability which were at the heart of their interpretation of the ‘Better City, Better Life’ theme. This was the new international morality and the nations of the West plainly expected admiration for having overcome a past of pollution and unrestrained carbon emissions and ‘seen the light.’ Was it coincidence that some even recycled a religious vocabulary? Britain called its pavilion – a spiky dome lined with seeds encased in Perspex – the ‘The Seed Cathedral.’

What then are the implications of this? Three conclusions occurred to me: Firstly, some pavilions certainly bore testimony to a turn away from religion (Ireland, Italy and Spain were cases in point). Secondly, other pavilions censored themselves and presented a distorted picture of their religious reality to appear more approachable to the Chinese public (the US and the Arab pavilions). But finally, it seemed clear that ‘sustainability’ has become the new international morality and Very Christian Kings and Very Democratic Prime Ministers have been replaced by Very Green Republics and Corporations. The distortion of reality creates its own traps. What is the Chinese public to think when the nations which claimed such affinity at Expo begin acting inexplicably according to sharply divergent values? A political case in point might be the recent choice made by the Norwegian Nobel Peace Prize committee. But the new morality has its trap too: the West is open to charges of hypocrisy and may be judged by its own ecological standards. The British government doubtless regretted persuading BP to co-sponsor its presence at Expo. The final danger is one which certainly afflicted the international display of religious piety: the negative impact of appearing too preachy; too holier-than-thou. For the necessary transition to a sustainable planet to take place global publics will need to be co-opted. The need is to reach out to them respectfully, honestly and with a spirit of dialogue rather than recreating the uglier aspects of the old time church missionary. God help us.