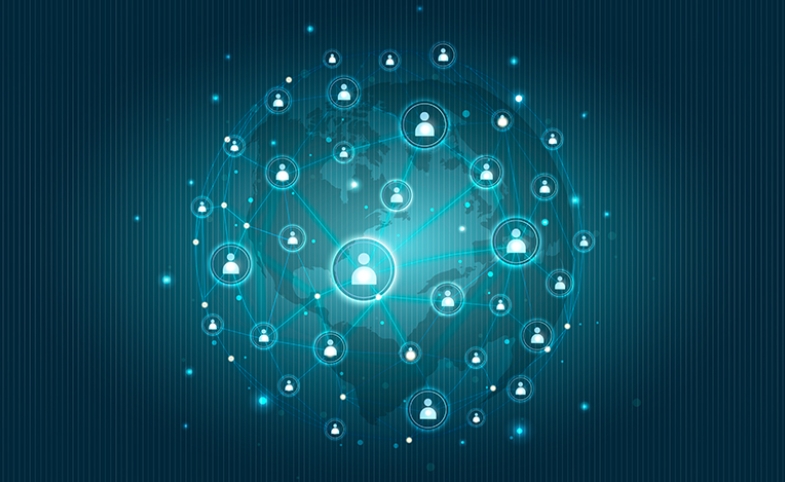 Note from the CPD Blog Manager: The opinions expressed here are the authors' own and do not represent the views of the U.S. government, the Department of Defense or the Fulbright Commission.

Since early 2020, global travel bans have placed educational exchanges on pause. While American students remained at home, the landscape of international education changed dramatically. Hybrid classrooms now allow students from across the globe to connect through digital technology; however, it also created new channels for misinformation to undermine classroom discussion around sensitive topics. As two of the few Fulbright scholars authorized to begin their grants last fall, we have experienced the effects of these unprecedented changes firsthand. Looking back on the last year, we began to wonder how could the program—whose original goal was to build mutual understanding across cultures—move forward in a world of such international competition and digital technology?

The rapid adoption of digital technologies over the last year has diminished the distance between the United States and the rest of the world. The default language of digital media is emotion, and much of the news that comes out of America is tinged with negativity. At the same time, this technology has allowed authoritarian regimes to control their own information spaces to paint themselves in a favorable light. The integration of this technology into the classroom has made open conversations more difficult.

Our experience on January 6, 2021 is evidence of this. As two American students attending IE Business School in Madrid, Spain under a government-sponsored scholarship, many of our classmates looked to us to interpret the news that came out of the U.S. Describing the electoral college or the federal system was a challenge; explaining how a shirtless Viking breached the seat of our democracy was impossible. To our classmates, these images confirmed the narrative that America was headed for civil war: a story that ignored the fact that the election was certified later that night.

Our classrooms had been affected by misinformation long before the Capitol Hill riot. The previous semester, we had a guest lecturer at our school where we discussed how the pandemic revealed existing inequalities among communities in the U.S. The moderator for this session praised China for reporting only 12 COVID-19 cases the previous week. While these numbers seemed unrealistic, any evidence to the contrary could be countered by information shaped by the Chinese Communist Party. This problem is exacerbated by the systemic advantage that autocracies have over democracies when it comes to controlling information flow. Democracies are open countries, and the increasing prevalence of digital technology means that their failures are broadcast to every corner of the world in an instant. Our classmates could find scores of examples of racial discrimination in America through a simple Google search on their laptop. Trying to verify the number of cases of COVID-19 in China proved a much harder task.

With the Fulbright Program celebrating its 75th anniversary this year, we wanted to look back on the original purpose of the program. William Fulbright, a Rhodes scholar himself, introduced the eponymous education exchange to Congress in 1945 as part of a larger movement to design programs that could steer the international community away from a third world war. Senator Fulbright hoped this program would contribute to this goal by promoting mutual understanding and empathy among different cultures. To accomplish this, he designated the diplomatic 'mission' of the exchange grantees as neutral and apolitical so that they could embody the principle of free speech. Since its inception, the government-sponsored exchange has produced 39 heads of state, 60 Nobel Prize recipients and 88 Pulitzer Prize winners.

Educational exchanges such as the Fulbright Program can help construct shared realities among people from diverse cultures and backgrounds by providing students opportunities to engage in conversations with people who are outside of their algorithm-driven constructed reality.

While the core mission of Fulbright remains unchanged, we began our grants in a world that is vastly different from the one that the first cohort of scholars entered in 1946. Then, the transmission of information from country to country was limited by time and space. Only a few American publications had a global reach, which meant that the information pushed abroad was monitored by editorial boards. This controlled drip of information ensured that the scholars and their classmates had a similar set of facts that constituted their shared reality. This is no longer the case in an age where social media algorithms can provide individuals with a personalized newsfeed that confirms their view of the world.

Recent scholars have been exposed to digital media, but the pandemic has dramatically increased the role of these technologies in our daily lives. A Nielson survey found that in the U.S., the amount of time spent accessing current events through mobile devices increased by 215% in 2020. Other countries such as Italy and Japan saw similar increases. At the same time, schools have embraced digital platforms like Zoom, which allow administrators to save every classroom interaction onto their servers. This flattens dialogue among students and teachers who may be unwilling to broach contentious topics knowing that their comments will exist digitally forever. This aspect of post-COVID learning threatens the effectiveness of higher education, which traditionally provided a safe environment for students to challenge their own beliefs and assumptions.

As we see these trends affect our classrooms, we have had to ask ourselves: is the original goal of international exchanges—to build mutual understanding through education exchange—still possible in a world of competition between countries and realities?

The COVID-19 pandemic has showed the world that there is a need for collaboration on global issues. This will continue to be difficult in a digital world that becomes more fragmented and more competitive. Educational exchanges such as the Fulbright Program, however, can help construct shared realities among people from diverse cultures and backgrounds by providing students opportunities to engage in conversations with people who are outside of their algorithm-driven constructed reality.

On a sunny day a few weeks ago, we enjoyed sangria with a few friends on a rooftop in downtown Madrid. Sitting with an Austrian-Russian, a Frenchman and a Spaniard, our conversation turned to the vaccination records of our respective countries. As we brought up the U.S.' recent successes with vaccine distribution, one our friends asked us why this ingenuity had not produced any results in the Middle East over the last 20 years. This was a heated question, but the debate that followed gave us a better understanding of our countries’ views on conflict. Furthermore, the conversation helped everyone at the table to check their own beliefs.

We believe that this experience is evidence that mutual understanding remains possible in a post-COVID world. As we approach the 75th anniversary of the program in September, the Fulbright community should celebrate the impact of previous scholars by preparing future cohorts for the unique challenges they will face in a world of competing countries and realities. In doing so, the program can ensure that it continues to fulfill the original vision of Senator Fulbright to build mutual understanding and empathy across cultures—a vision that is needed today more than ever before.

A new interim unity government was recently installed in Libya, a country that has experienced division and conflict for nearly a decade. Among the ministers in that new government is Najla al-Mangoush, Libya’...